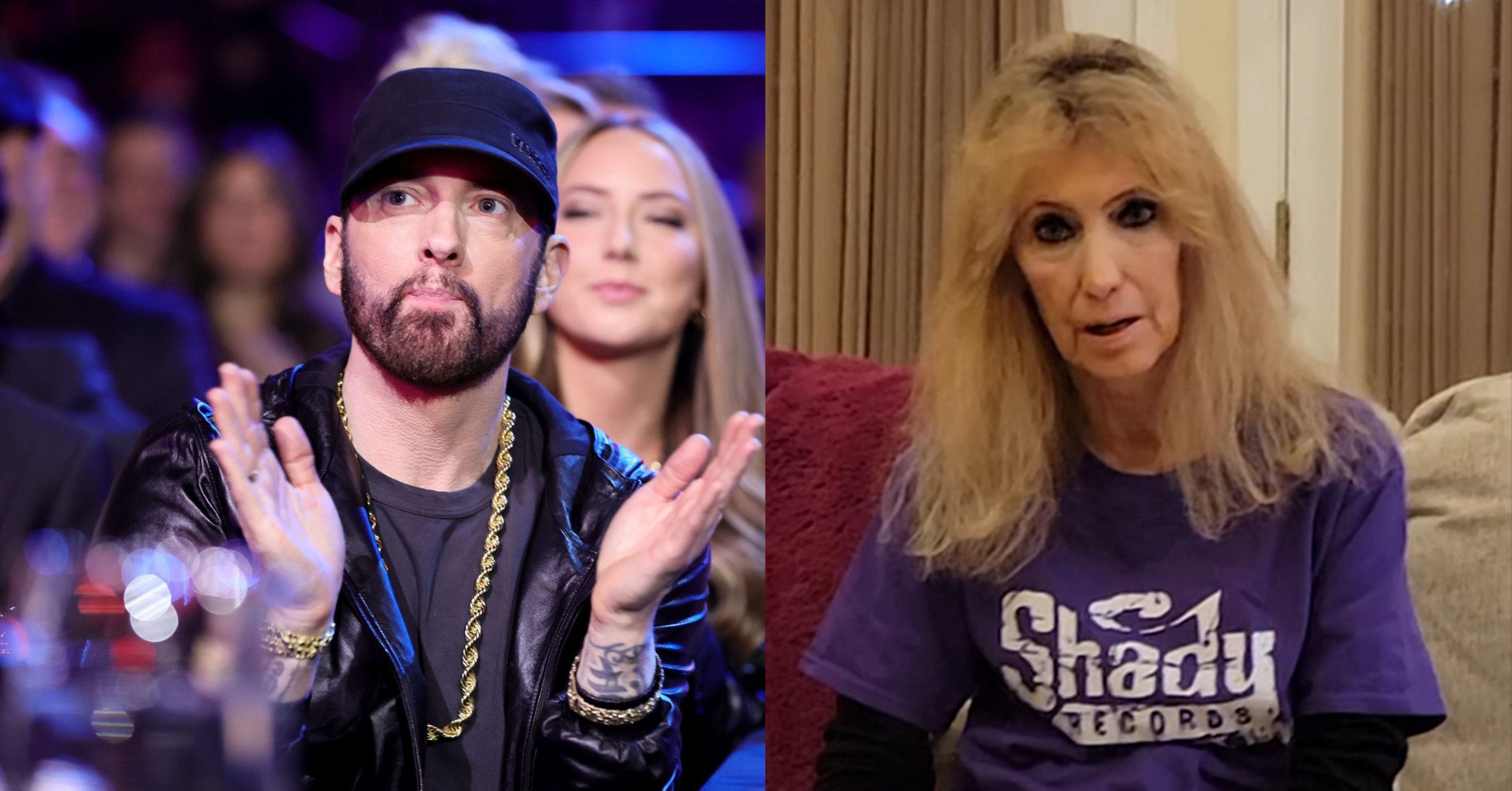 Remember, remember, the 5th of November!

On this day, Eminem was officially inducted into the Rock And Roll Hall Of Fame by his long-time friend and mentor, legendary producer from Compton, Dr. Dre. The event took place at the Microsoft Theater in Los Angeles.

During the induction speech, Dr. Dre joked about how surprised he was to learn that Eminem was white, and said that other people in the industry discouraged him from working with the once-unknown white-skinned rapper. “I knew that his gifts were undeniable. Each of us were exactly what the other one needed, and I was willing to bet my entire career on that.” said Dre from the stage.

Eminem performed “Sing For The Moment” and “Stan” alongside Aerosmith’s Steven Tyler and Ed Sheeran at the event. He also performed “My Name Is,” “Rap God” (with THAT supersonic speed), “Forever” and “Not Afraid” with Denaun Porter and The Alchemist behind the boards.

The Detroit legend received many congratulating messages from his peers, family and friends, including his mother, Debbie Mathers. In the video that surfaced online few hours ago, Christina, who happens do be a long-time friend to Debbie, says: “Hi, my name is Christina. I’m a long-time friend to Marshall Mather’s mother Debbie, and she has something to say to her son.”

Then Debbie Mathers, wearing Shady Records purple t-shirt, continues: “Yes… I want to say, Marshall, I could not let this day go by without congratulating you on your induction to Hall Of Fame. I love you very much. I knew you’d get there. It’s been a long ride. I’m very very proud of you. And also, I’m very proud of Hailie Jade, my baby girl. And I want to tell you a great job on your podcast. God bless you guys. I love you very much.”

You can watch the heartwarming video message below: