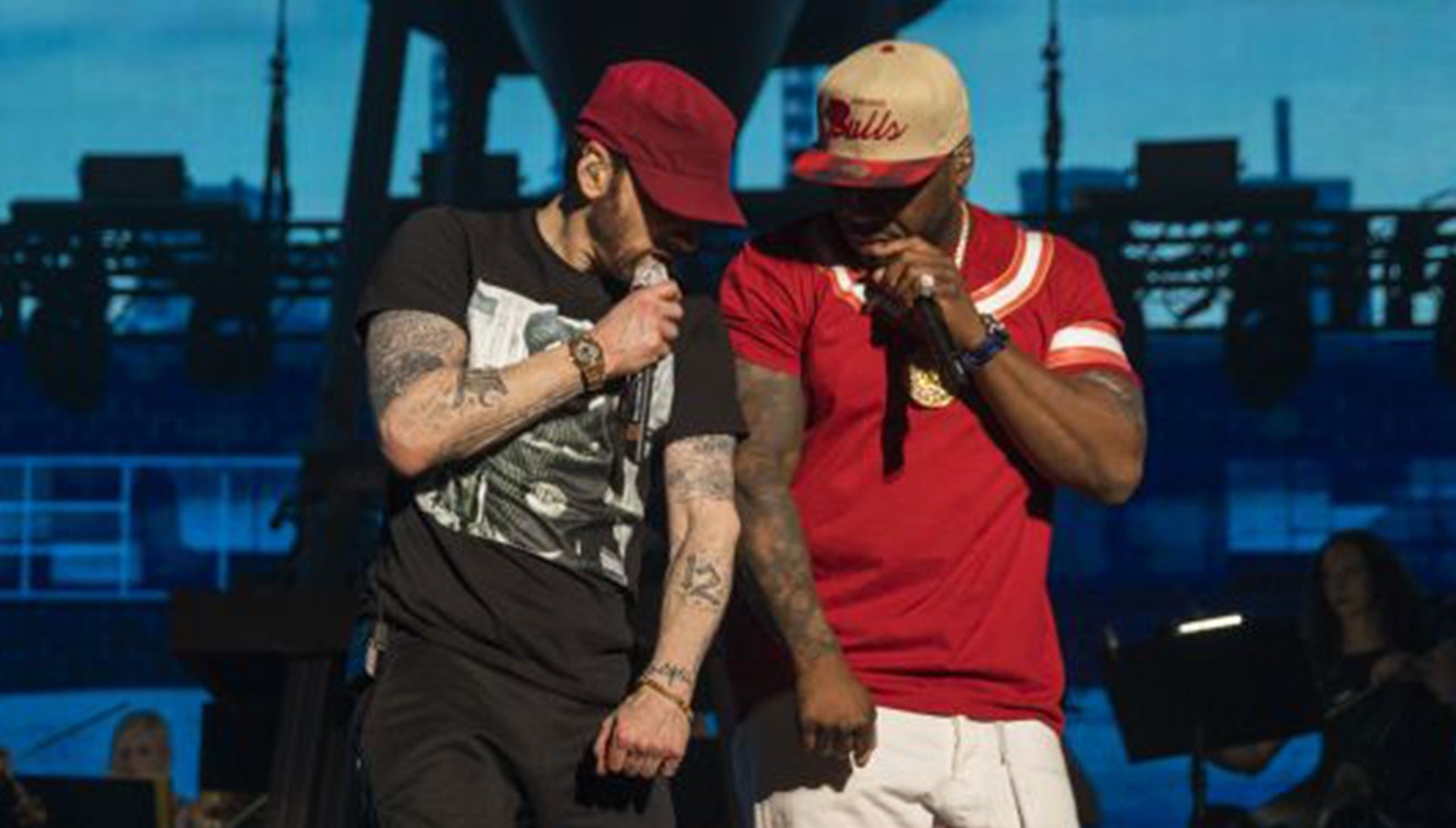 Eminem and 50 Cent are back with the animated video of recently released single, titled “Is This Love,” from Eminem’s greatest hits album, Curtain Call 2.

“Is This Love” is an unreleased song from 2009, most likely recorded for Relapse 2 but kept in the vault. This track is one of two recorded by the duo Eminem and 50 Cent in 2009, with the other, “Psycho”, being put on 50’s album called “Before I Self Destruct.” The song contains re-recorded vocals by both artists.

Eminem has just dropped the visualizer for the song which shows tiny animated men with the classic slim shady blonde hair, causing mayhem in the city. Some of them are running after people with chainsaws, while others have rocket launchers.

You can watch the video clip and read some theories from the fans after the jump below: