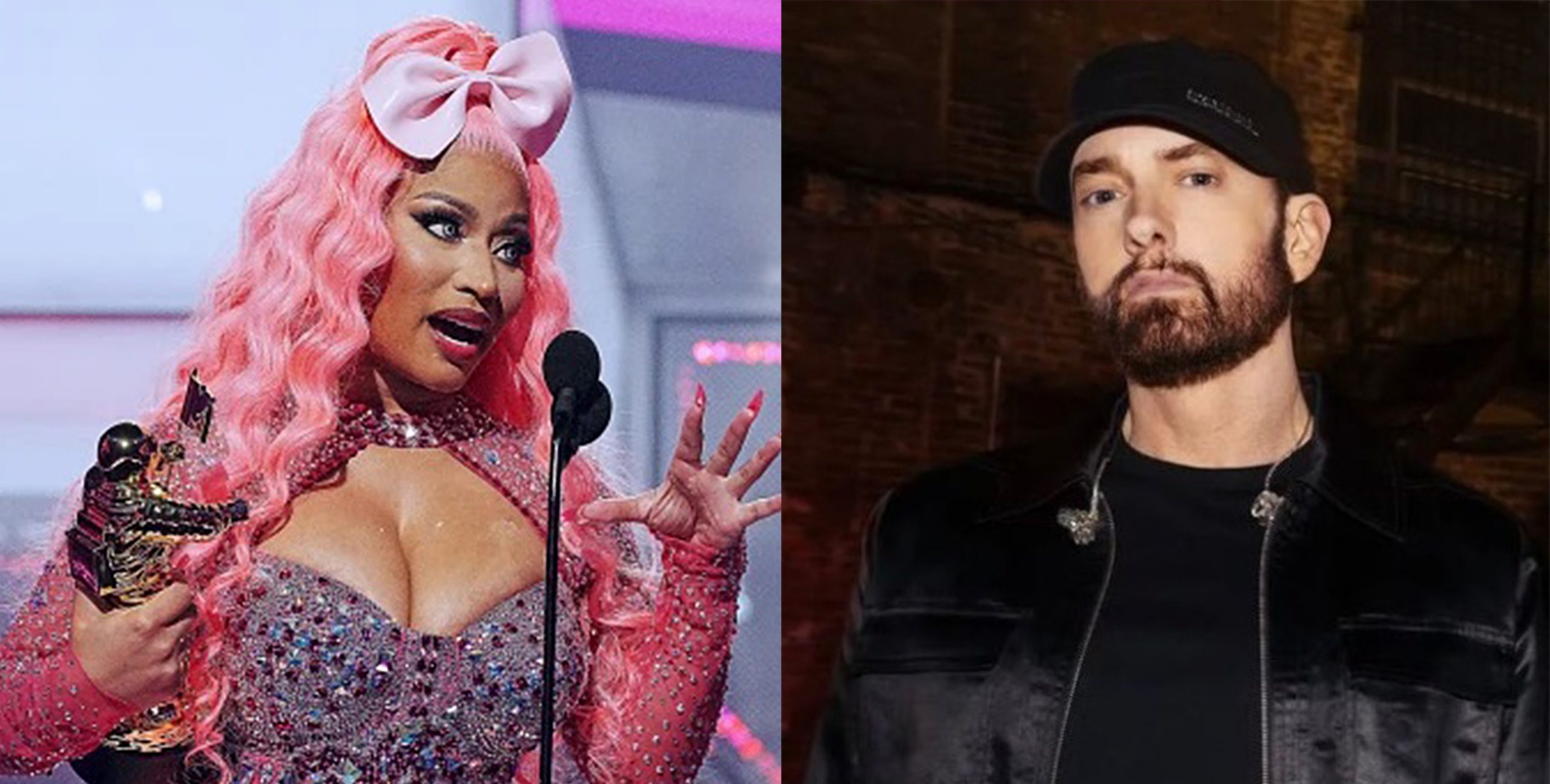 She also co-hosted the show and received the Michael Jackson Video Vanguard Award.

After insisting her assistant bring her a phone with some detailed notes, she thanked influences including Jay-Z, Lil Wayne, Ms. Lauryn Hill, Slick Rick, and Doug E. Fresh, as well as artists who gave her opportunities: Rihanna, Britney Spears, Madonna, Kanye West, Mariah Carey, Beyoncé, and Eminem. She also shouted out her fans, plus Drake and the Young Money team.

“I wanna take a second to thank all of the key people who inspired me. Inspired my flow, Lil Wayne, Foxy Brown, Lauryn Hill, Jay-Z, Slick Rick, Doug E. Fresh and then people who gave me huge opportunities that I’ll never forget, Kanye West, Beyoncé, Madonna, Mariah Carey, Eminem, Britney Spears, Rihanna… I have to thank Dreezy for always saying things that I need to hear to get me back in the game…” she said.

After winning “Best Hip-Hop” category, Nicki added some more people to thank from the stage and she included 50 Cent and G-Unit.

Let’s hear it for @NICKIMINAJ! 👏