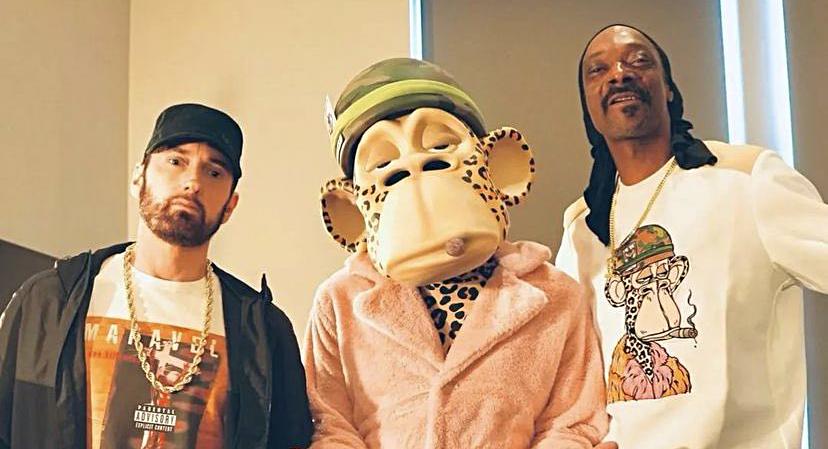 Last Friday, Eminem and Snoop Dogg debuted the new single, “From the D 2 The LBC,” live on stage at ApeFest 2022, an annual gathering for BAYC and Mutant Ape Yacht Club (MAYC) holders.

The prominent NFT collection’s native Ethereum token, ApeCoin, climbed over 22% overnight, according to data from CoinGecko. As of this writing, the coin was worth $4.92, down slightly from its morning peak of $5.26. In the last week, ApeCoin has risen some 35%.

The price increase signifies a minor rebound from what has otherwise been a disproportionately brutal month for the token, which recently fell some 65% at a pace distinct even for the current bear market.

Just in late April, ApeCoin’s price hit an all-time-high of almost $27 in anticipation of virtual land NFT sales for the BAYC’s metaverse game, Otherside. ApeCoin can be used by holders to vote on ApeCoin DAO governance proposals.

ApeCoin’s recent price spike may have been caused in part by the Friday release of a new music video by Eminem and Snoop Dogg, in which the legendary rappers and noted BAYC ambassadors transform into animated versions of their Bored Ape avatars. The music video, which trended on YouTube throughout the weekend, has garnered almost 9 million views.