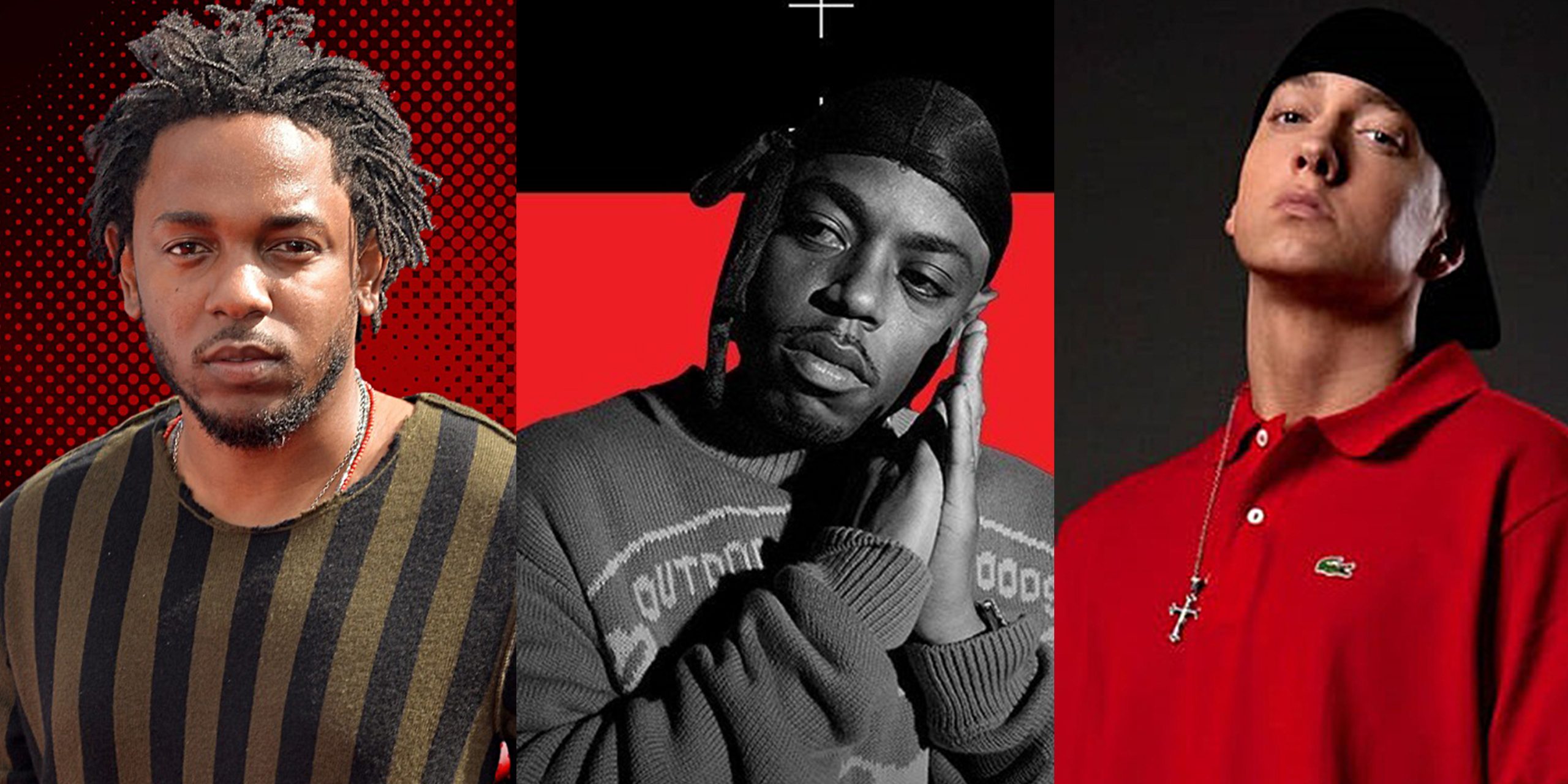 After visiting Power 106 for L.A. Leakers freestyle, Westside Boogie spoke with Variety magazine at The Bakerie in downtown Los Angeles about what it meant to contribute to Kendrick Lamar’s new album “Mr. Morale & the Big Steppers,” his experience in the music business, his forthcoming album, “More Black Superheroes,” how Eminem discovered him and more.

Let’s start with “Purple Hearts.” How does it feel to get a track on Kendrick’s album?

It feels amazing. One, because everybody knows that’s one of my favorite rappers of all time. Also, it’s a big leap for me — writing for somebody. I never co-wrote. … My boy Justice blessed me with the opportunity and trusted me. It also helps having LVRN as your management, because, you know, they’re plugged. [Laughs]

It was hard at first … tapping into being a girl. I was doing my little parts at home and I didn’t tell my homies what I was doing. … It’s a little more free when you’re doing it for somebody else. Because as artists, we get trapped in the mind of the artist we’re supposed to be, or how people already see us as. So we do them same type of records because it’s safe. But when it’s for somebody else, you can do whatever.

Do you have a favorite track off Kendrick’s album besides “Purple Hearts”?

“Count Me Out” is my favorite. He was just gassing on there, the way he was rapping. It felt super vulnerable saying how he shared too much and cared too much. I felt that bar, that was heavy for me.

How do you view Kendrick’s place in hip-hop?

He’s Mount Rushmore — one of my GOATs and he has to be one of the rap GOATs. It’s amazing. It’s Compton. Compton is the best music city in the world. No matter what my manager Justice has to say about Atlanta, Compton runs the world.

Eminem said to Dr.Dre that the Kendrick album left him speechless?

Yeah he tweeted Dr. Dre. Eminem’s hilarious on social media. He chooses to tweet Dr.Dre about the Kendrick album, that is so funny to me. I love him.

How has your experience been at Shady?

It’s amazing, that’s my boy. Obviously he’s one of the biggest rappers ever, so there’s that benefit. He opened my career to a whole other fanbase so I’m forever grateful for that. You can always take so much in from him because he’s one of the GOATs.

How were you first discovered by Eminem?

I was signed in 2015. I had a manager named Clayton, who I had reached my ceiling with. Him and my label had a disconnect a little bit. I guess the term would be, I was shelved for two years. My A&R Tim [Glover, EVP at Interscope Records], he loved me. He was the first person to sign me. He got me the opportunity to meet with LVRN… I was on the shelf. I was living in this apartment in Torrance. I got a call from Tim, who said, “Yo, somehow, Eminem heard your music from Paul, He wants to fly you out.” So I flew out the next day, then I was signed. Around that time, I met LVRN. My life started changing, so I could say it was a consistent belief in myself.