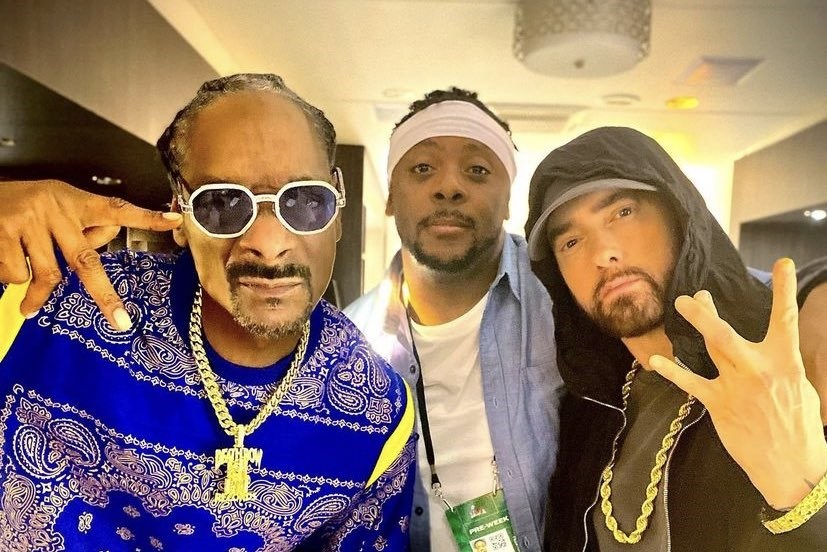 In a recent interview with Sway, Eminem talked about his current relationship with Snoop: “It’s great that he made himself to be this relevant to this day. It’s incredible. That’s crazy. Me and Snoop are good. We talked months ago about the whole thing. We just set down and realized nobody wants beef within their own camp.”

Also, be on the lookout for “From Detroit to the LBC” !

ℹ️ Snoop said: “It’s a monster jam. It’s so good that when Dr. Dre heard it, he said ‘why you ain’t give me one like that?!'” pic.twitter.com/PifqBpAa4f