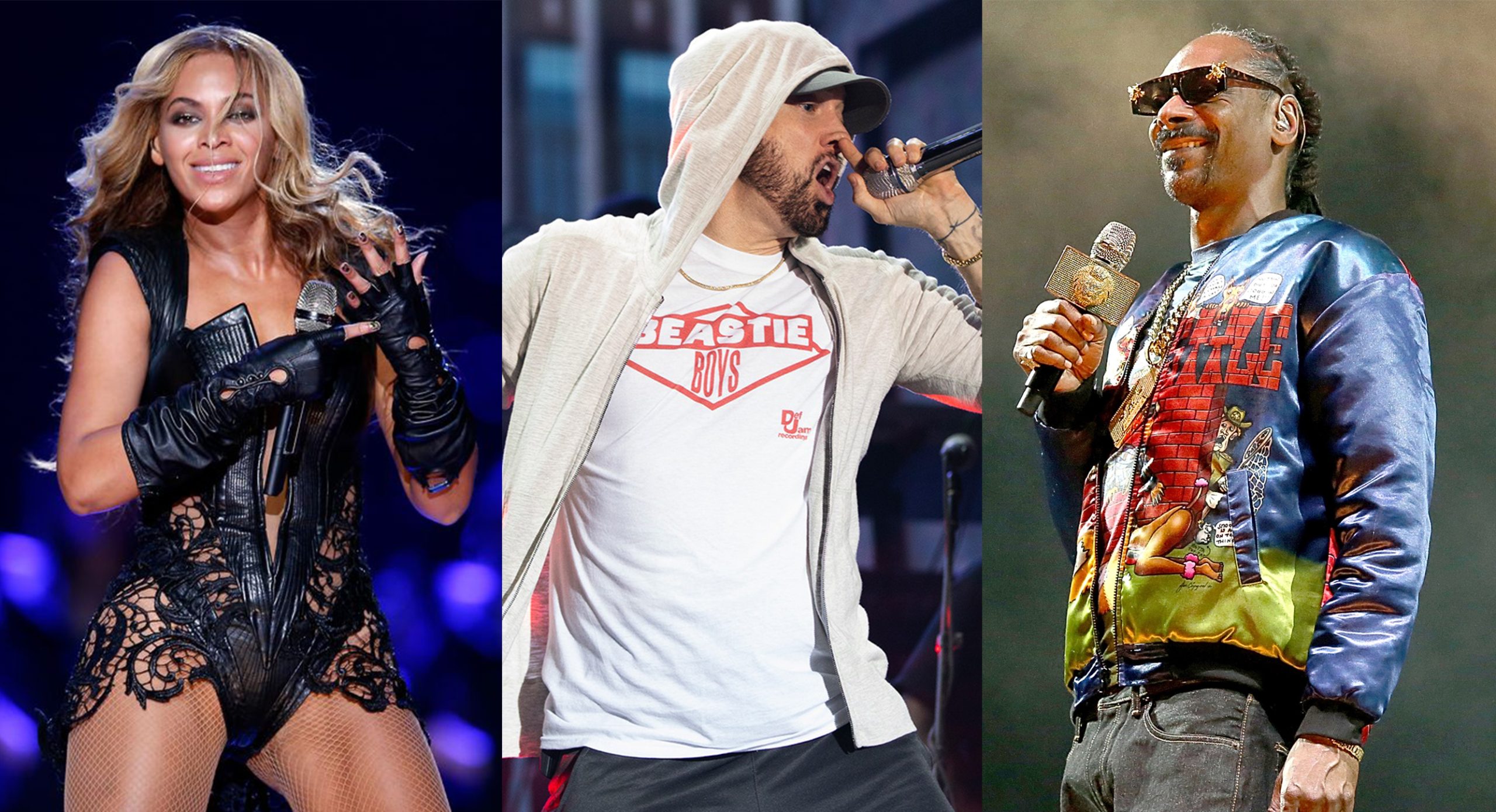 Eminem has recently sat down with Sway on Shade 45 to promote his Super Bowl Halftime show where he talked about relationship with Snoop Dogg and Dr. Dre, his favorite Super Bowl performances, his plans in future and more!

Kendrick is very top top tier lyricist. Not only for this generation but all time.

Snoop is in every other commercial. You just can’t escape him. It’s great that he made himself to be this relevant to this day. It’s incredible. That’s crazy. Me and Snoop are good. We talked months ago about whole thing. We just set down and realized nobody wants a beef within their own camp. Snoop is Snoop man. I will say this about him too, he literally could be a stand up comedian. He’s still f**king funny. That thing he did with Animal Planet…Bro he’s like that constantly, when you are around him. It’s constant and never stops.

My relationship with Dre is absolutely the same. I have not seen Dre for two years, I talk to him all the time but it’s like we could just pick up where we left off if we don’t see each other. It never stops. Our method is pretty much the same as it always been when we are in the studio together.

On his new album