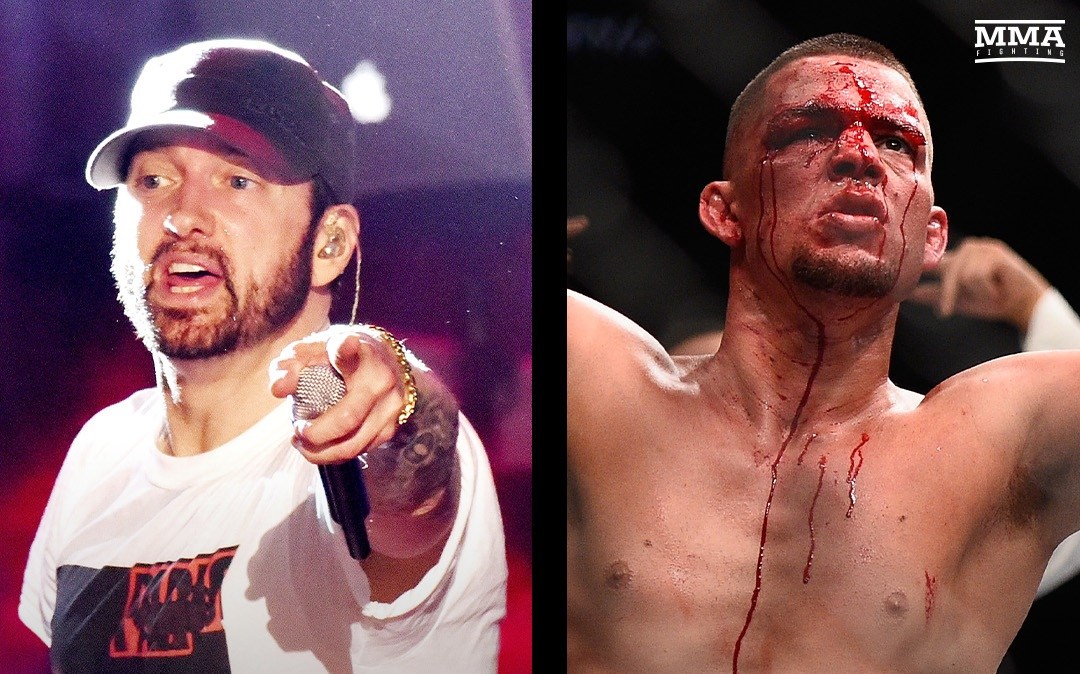 In the song, Eminem shouts out one of the most iconic UFC fighters, Nate Diaz, with the following lines: “Nate Diaz got the world by the tracheas. In a chokehold and a sleeper (Snores) / Yeah, and me and Dre are like dog hair (Woof).”

Nate Diaz has always been an Eminem fan and even walked out on one of his songs couple of times. He is often seen rocking to the songs of Eminem, including the time he was preparing for his fight against Anthony Pettis.

MMA fans are very pleased after Nate finally gets recognition from Eminem. Check some of the reactions below:

Yoooo.
The baddest fighter @NateDiaz209 being mentioned by the baddest rapper @Eminem..
Love this for Diaz 🙌🏻🙌🏻 https://t.co/XKkE2VyNEy

Eminem showing love to @NateDiaz209 on his new song with Dre