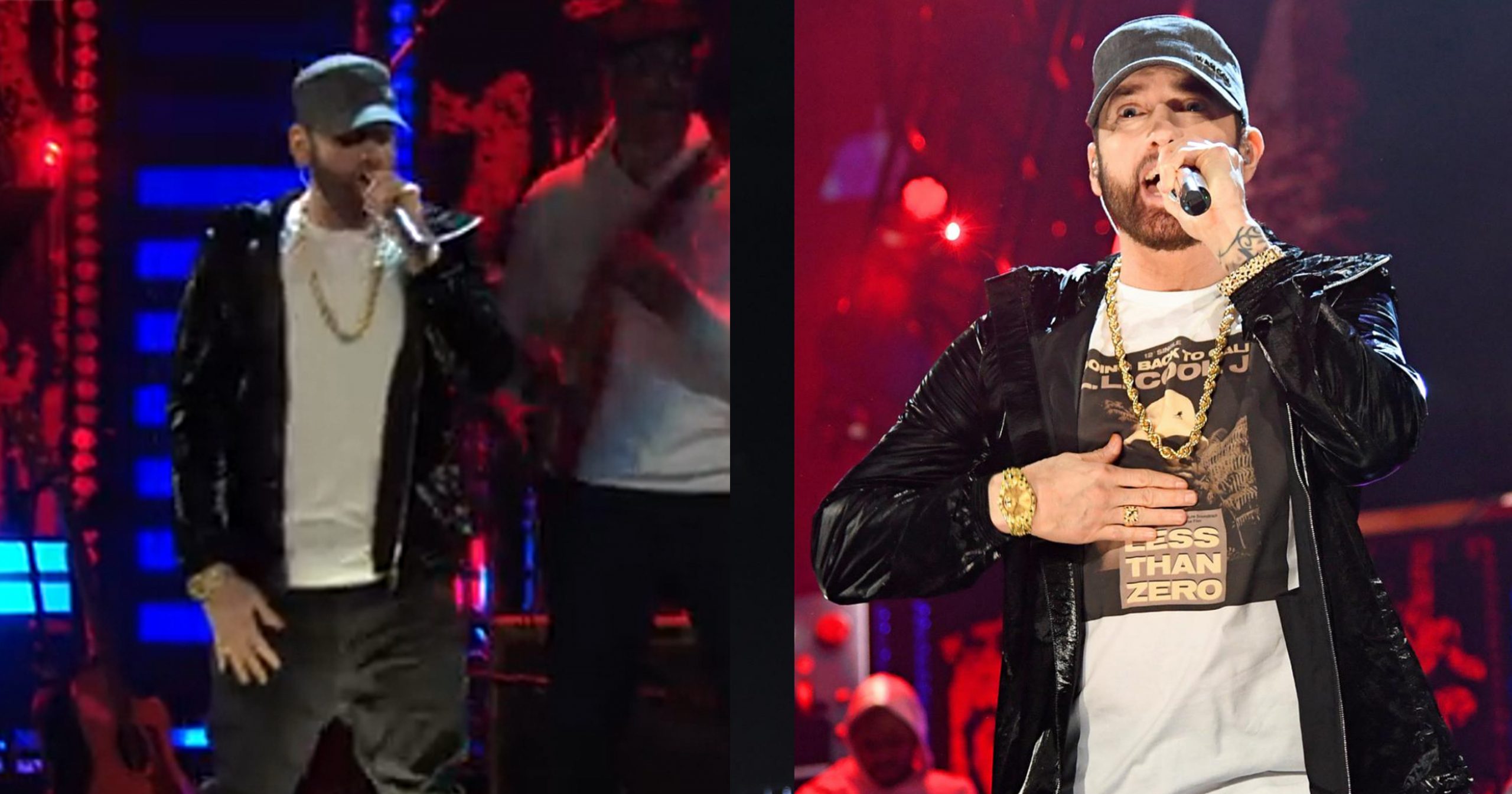 HBO has released the trailer for Rock And Roll Hall Of Fame 2021, featuring Eminem, Dr. Dre, LL Cool J, Jay-Z and many more. The ceremony airs on the network on November 20, 2021.

While performing with LL, Eminem was paying homage to his idol by wearing a t-shirt with “Going Back To Cali” single cover on it.

From HBO’s trailer, it seems the t-shirt with LL’s cover is removed from Eminem’s performance, making it look like Em is performing with white t-shirt.

It was probably against the rules of HBO, which prohibits any kind of promotion without certain type of agreement.

Watch the trailer below: