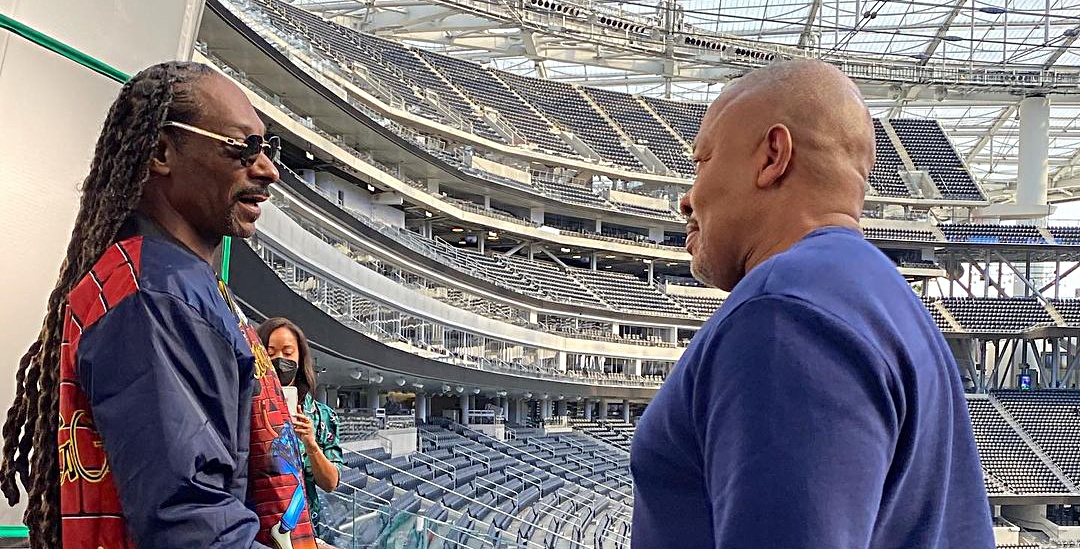 In new interview with NLF, Snoop Dogg and Dr. Dre promise that the show will be spectacular.

“I’d never thought this moment would be happening right now. The fact that NFL and Pepsi are allowing Hip-Hop come in to this game, I’m so honored and inspired to be able to come and do this show.” – said Dre.

“Bringing my friends here at the SoFi Stadium Snoop, Eminem, beautiful Mary J. Blige, Kendrick… Everybody will walk on a stage. I produce records for them. We go on stage and we gonna really do a thing. We breaking barriers.” Doc added.

Then Snoop Dogg continues: “It’s a beautiful thing what the NFL is catching up. This is part of Dre’s legacy and I’m honored to be a part of. I know how much it means for him…” then Dre interferes, saying “the part of OUR LEGACY.” Uncle Snoop responds: “Yeah but most importantly you are THE DAWG! BIG DAWG! So Imma play my role. I’m gonna be on the passenger seat when you drive the wheel. Eminem in the back, Kendrick over here. Mary J. Blige in the middle. It will be beautiful play”

“Yeah, we gonna kill it. We have 12 minutes to go out and do something spectacular. We have to figure out creatively how we just gonna blow people’s minds. We are going to put the fantastic show. Everybody will leave here happy and excited for what we about to do.” – Dr. Dre added.