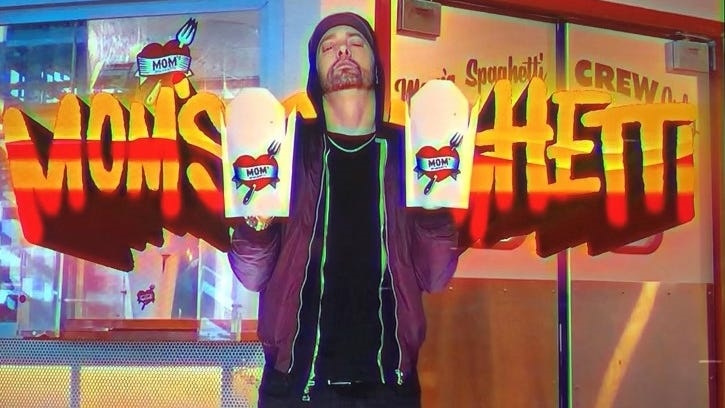 Eminem is bringing back the legendary Mom’s Spaghetti.

The Detroit legend is planning a Mom’s Spaghetti spot at 2131 Woodward Ave. in Detroit. The opening is set for 5 p.m. September 29, according to a phone number tied to a commercial that is airing on local television.

The 30-second commercial shows an image of Eminem above the Detroit skyline. It’s made to look like a local commercial for Em’s Mom’s Spaghetti, a reference to “Lose Yourself,” Eminem’s Oscar-winning “8 Mile” theme song.

You can watch the commercial below: