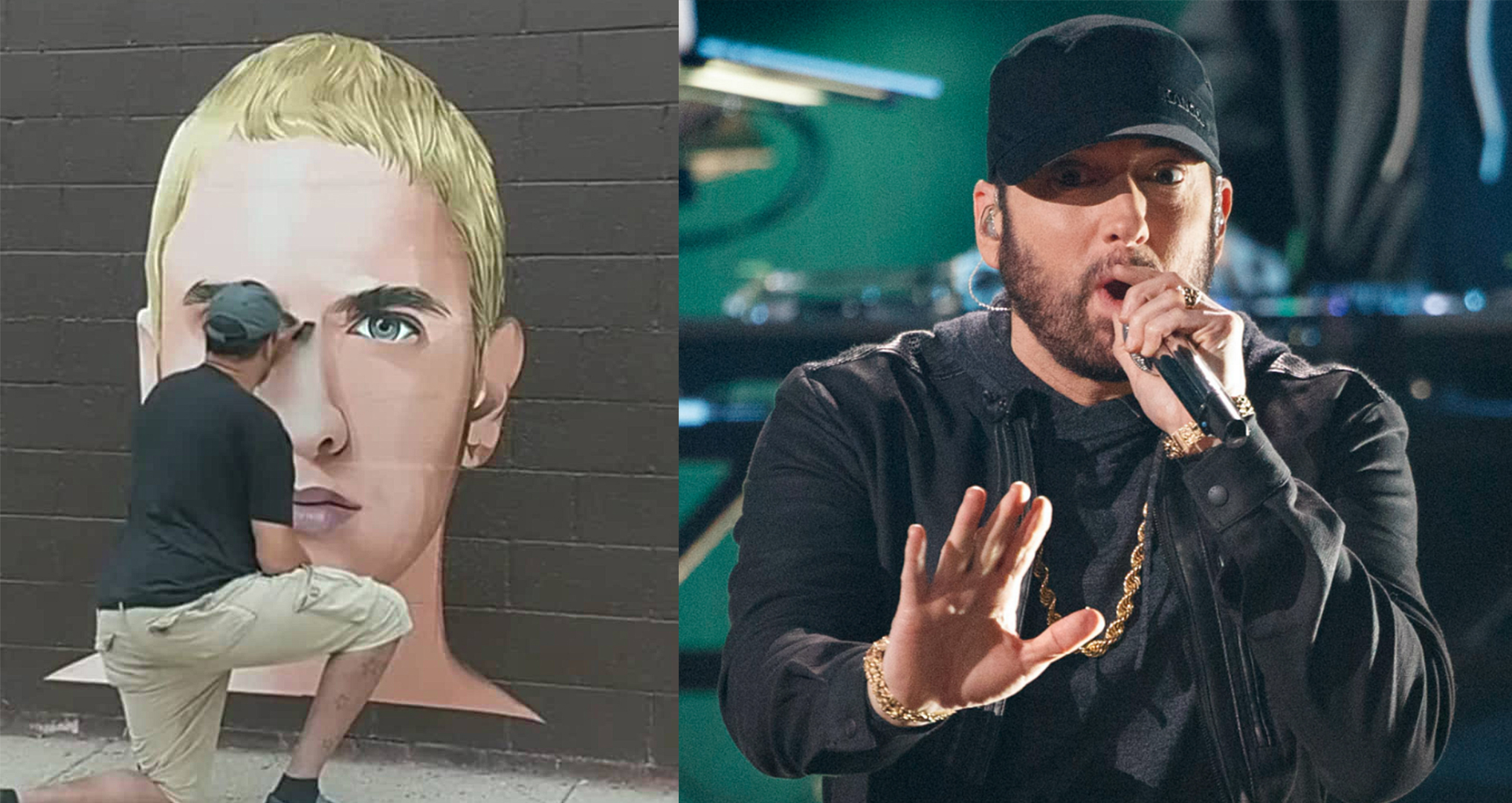 Chicago street artist Chris Devins spent his weekend to paint an Eminem mural in Detroit but it was defaced the next day.

Devins began at around 1P.M. and finished 6 hours later, with locals taking photos and paying respect throughout the day. But by the next day, the six-foot tall portrait had been vandalized with 18 bird head sketches drawn with a Sharpie.

“Only one day after its completion, some idiot in Detroit already defaced the new Eminem mural. You can not give some people anything good. Dumb. I can probably fix it but damn…” Devins wrote on his Instagram.

Speaking to The Detroit News, Chris Devins said: “I was devastated. Who would do that? That’s against the rules of street art. I want to restore it to its original value. I would like to re-present it to the community in its unblemished form.”

“It was a great wall. It looked like it was going to sit there for a second, so I thought it could use some beautification. It really enhances that wall. To me, it’s totally appropriate. I wanted to do him looking young and fresh. I didn’t put up anything ugly.”

“There was time and effort spent to make sure it was something people would want, and to make it relatable to the community. It’s not just usual tagging.” Check out the video of completing the mural: