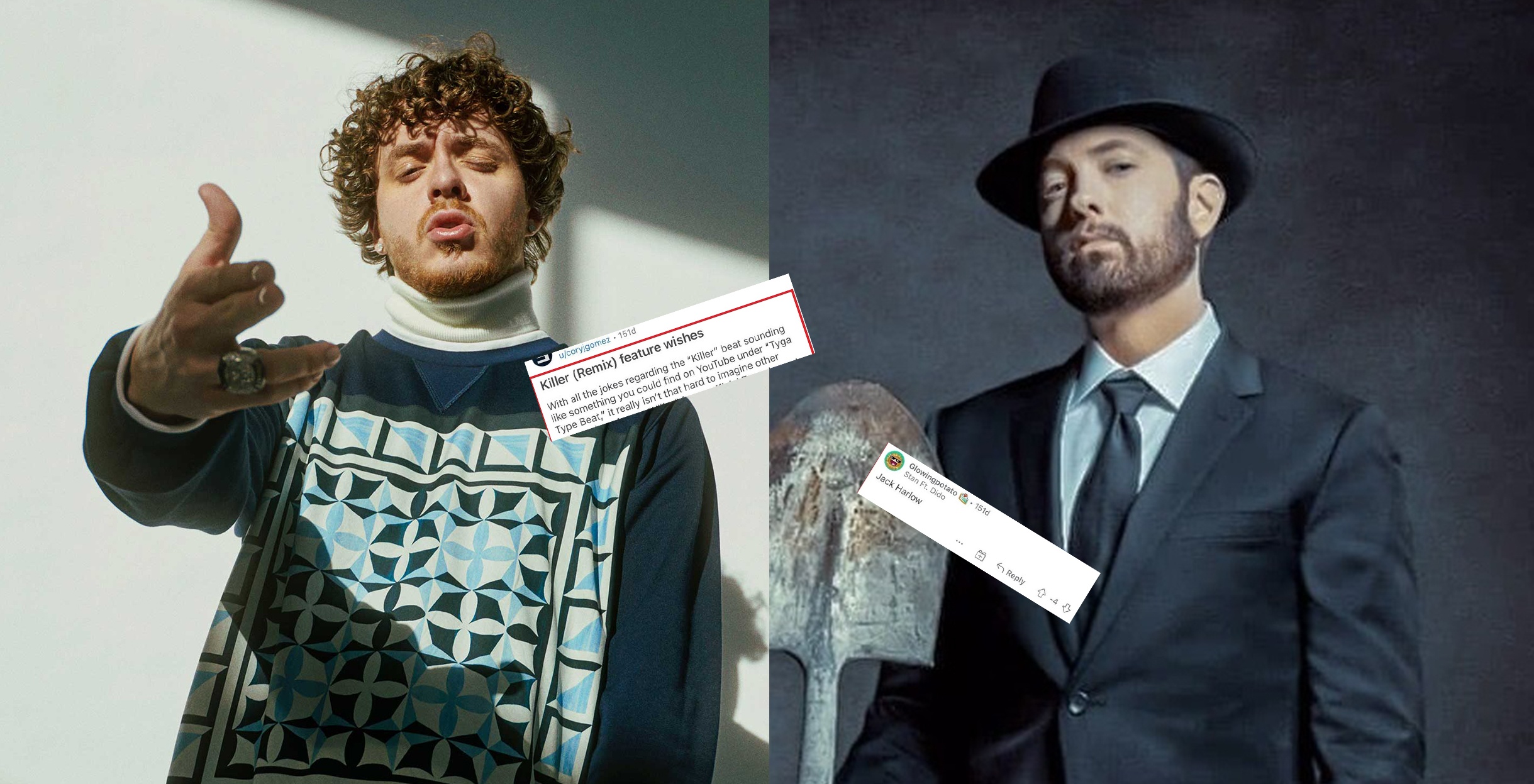 Eminem has announced the remix of “Killer” song from Music To Be Murdered By: Side B album, dropping tonight. This version of the song will feature the MVP of 2020, Jack Harlow and one of the best lyricist of new age hip-hop, Cordae. The song is produced by DA Got that Dope.

The original song was released on December 18, 2020, along the rest of Side B (Deluxe) tracks. Some of the fans took a close look of how banger “Killer” sounded, so they imagined that one day the remix of the song would drop.

One of the fans even predicted that Jack Harlow would be on the remix version.

A reddit user called @corjgomez said that “Killer” song deserves a remix with other rappers jumping on a track. User who goes by the name @Glowingpotato replied with “Jack Harlow” and received 4 downvotes from other fans, who were probably thinking that collaboration would never happen.

You can check out the screenshot of the post below: 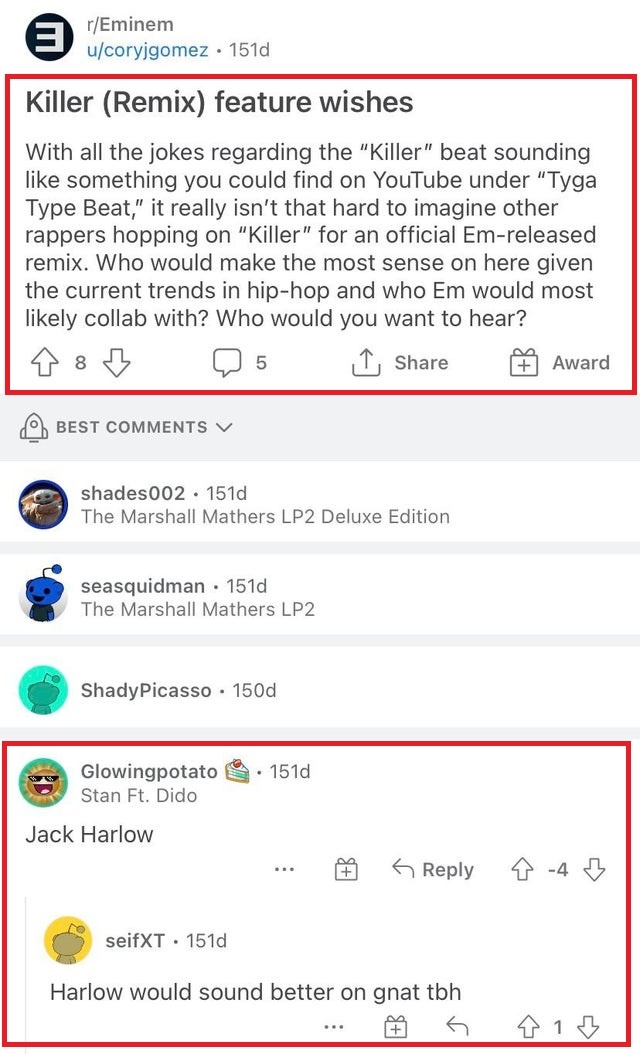