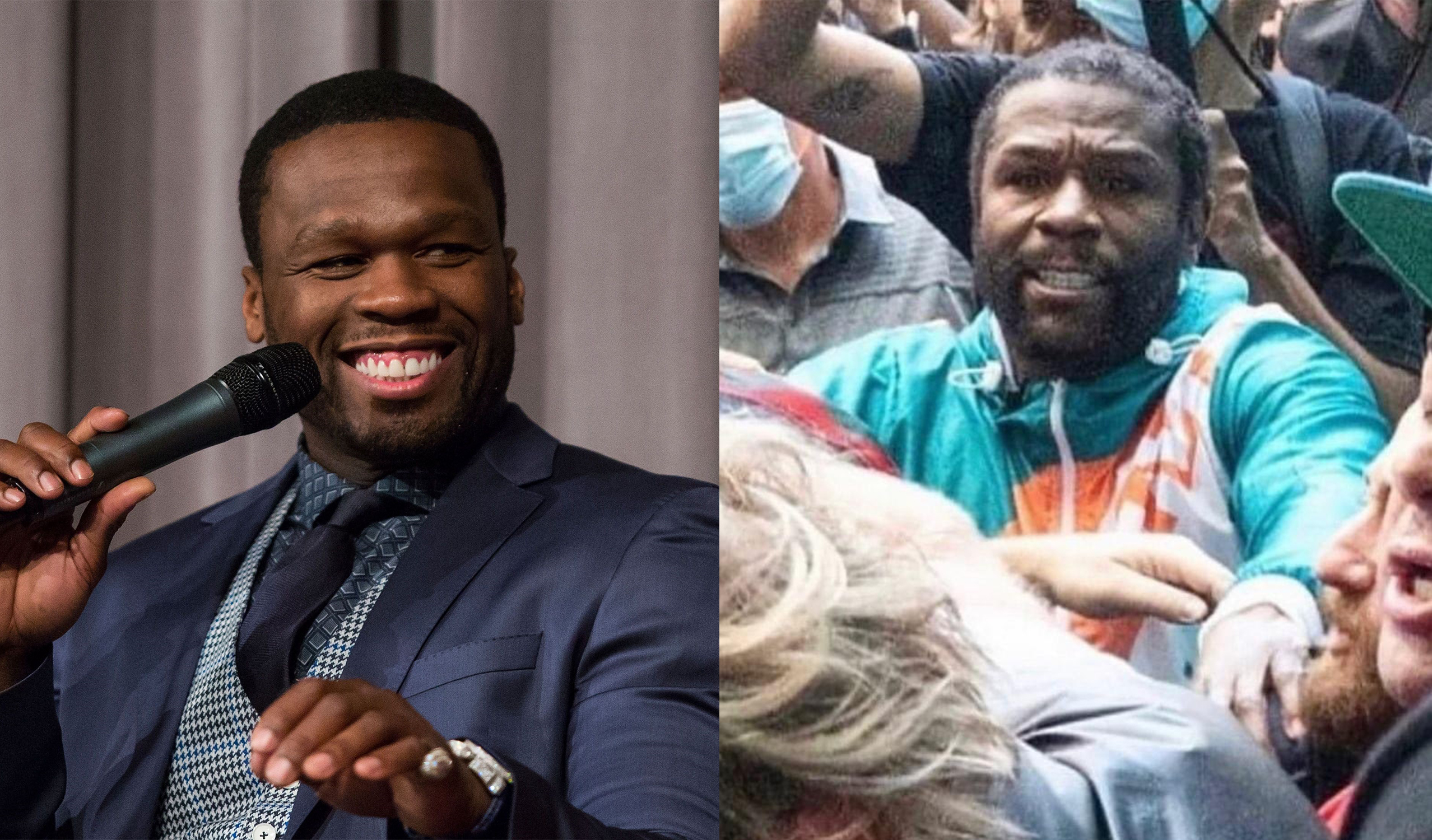 Floyd Mayweather has received seriously ridiculous comments from his long time ‘enemy’, 50 Cent. After being involved in a scuffle with YouTuber-turned-boxer Jake Paul who stole his hat at the press conference, 50 went on social media to have some laugh.

The build-up to the fight got heated when Jake decided to spark a mass brawl with Mayweather’s entourage. As the pair continued to argue, Jake took Floyd’s baseball cap and then fled.

It got heated at the Floyd Mayweather-Logan Paul press conference after Jake Paul took Mayweather's hat.

Social media has blown up in the aftermath and kept both Mayweather and the Paul brothers in the trending section, as the “gotcha hat” moment has been viewed by thousands online, with one of Mayweather’s old foes 50 Cent getting involved.

You can check out his tweets below:

👀WTF going on, on champ head 😆I heard he had his pubic hairs put on his face. Lol #bransoncognac #lecheminduroi pic.twitter.com/2FtbN5nw5N