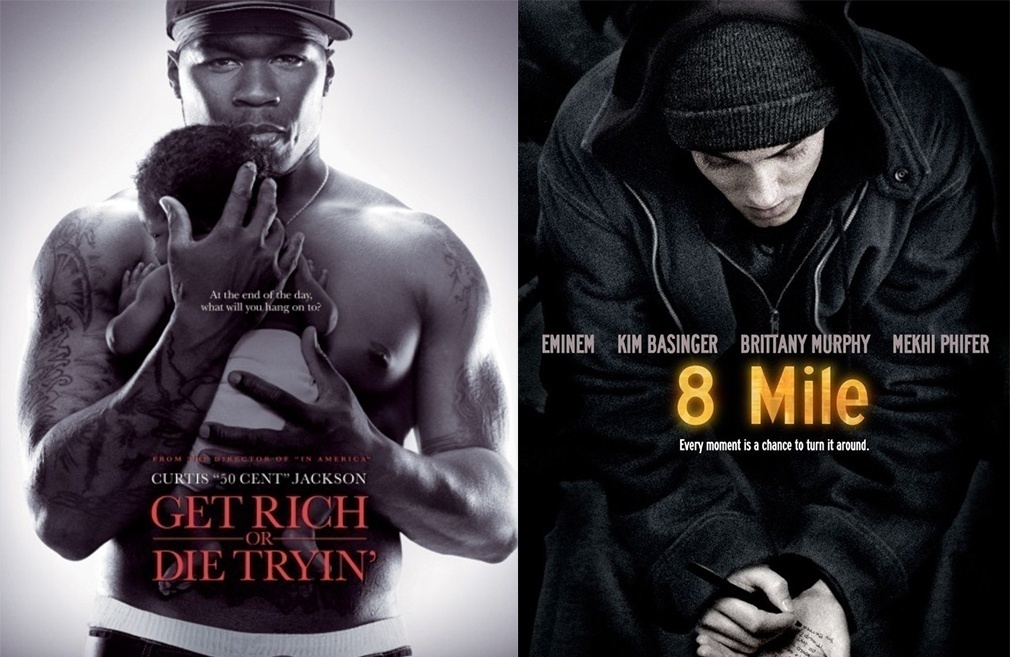 8 Mile is a 2002 American hip-hop drama film directed by Curtis Hanson and written by Scott Silver. It stars Eminem in his film debut, alongside Mekhi Phifer, Brittany Murphy, Kim Basinger, Anthony Mackie and Michael Shannon. The film, which contains autobiographical elements from Eminem’s life, tells a story of a white rapper B-Rabbit (Eminem) and his attempt to launch a career in rap/hip-hop, a music genre dominated by African-Americans.

Get Rich or Die Tryin’ is a 2005 American hip-hop crime drama film, starring Curtis “50 Cent” Jackson in his feature film acting debut. Similar to Eminem’s movie 8 Mile, which it used as a template, the film is based on 50 Cent‘s own life and was directed by Jim Sheridan. The name of the film is shared with 50 Cent’s debut album of the same name.

Get Rich Or Die Tryin’