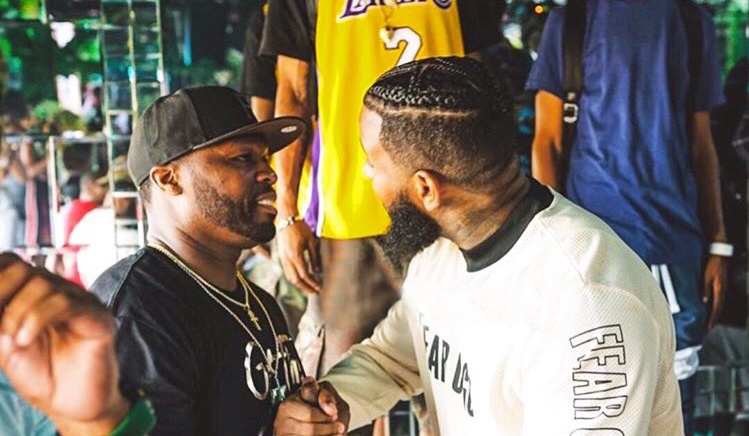 The Game drops brand new single called “A.I. With The Braids” featuring Lil Wayne. This track was supposed to be for The Game’s 2019 album titled “Born 2 Rap” which celebrates 1 year anniversary tomorrow.

The song was produced by Mike Zombie and it samples The Notorious B.I.G.’s two songs: “Dead Wrong” and “Get Money“. Because the track was surfaced online last year, it didn’t make in to the album but now it is officially released.

In a song, The Game raps: “Stop it, the Tommy got more power than Kanan. They wanna know what I whispered in 50’s ear “G-Unit, motherf**ker, the real Ghost is here.”

In the TV series, the story is developed behind the life of a character Ghost who runs the drugs traffic in New York city with the help of his right hand character Tommy. Both Tommy and Ghost grew up with Kanan who is considered their mentor.

The Game cleverly references Tommy and Kanan to claim that even though he was considered 50 Cent’s protegee, he has much more power and influence than his mentor by comparing himself to Ghost.

Back in 2005, The Game was expelled from G-Unit group and started a 13 year long beef with 50 Cent which led to countless diss tracks and actual shootouts in the streets. But in 2018 they finally squashed they’re feud at 50 Cent’s party where The Game was caught talking to Fifty’s ear.

You can listen to the new song below and tell us your opinions in the comments of our social media accounts.