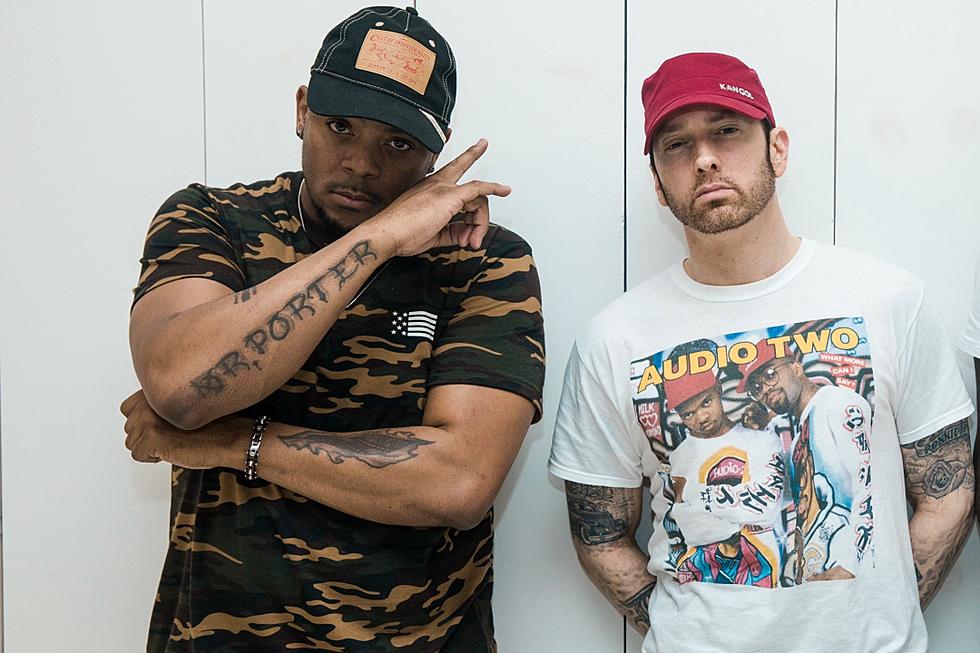 Denaun Porter and Marv Won has started a new podcast titled “You Said What.” In the first episode, the two discuss Mr. Porter’s new album, Mike Tyson, Busta Rhymes, Eminem and much more.

On his upcoming album:

Denaun Porter: I am at 85 percent of being finished with my album but we are here to have fun because I got tired of doing songs. I actually got more songs than I got ideas. There’s so many songs.

About Eminem on DJ Premier track

Marv Won: To this day, I’ve never heard Eminem on DJ Premier beat. That’s f**king wild to me. I’m not saying as a business wise but as a fan.

Denaun Porter: You know what I think happened was…And I think Em will tell you this. We will ask him when we get him here but I think he just started having so much fun making beats. He’ll keep going. And he’ll keep messing with it until he becomes perfectionist and you lose the fun. I think that’s what happened but I’m gonna ask him. But from what I see Em got to the point where he just loved making beats.

Watch the podcast below!