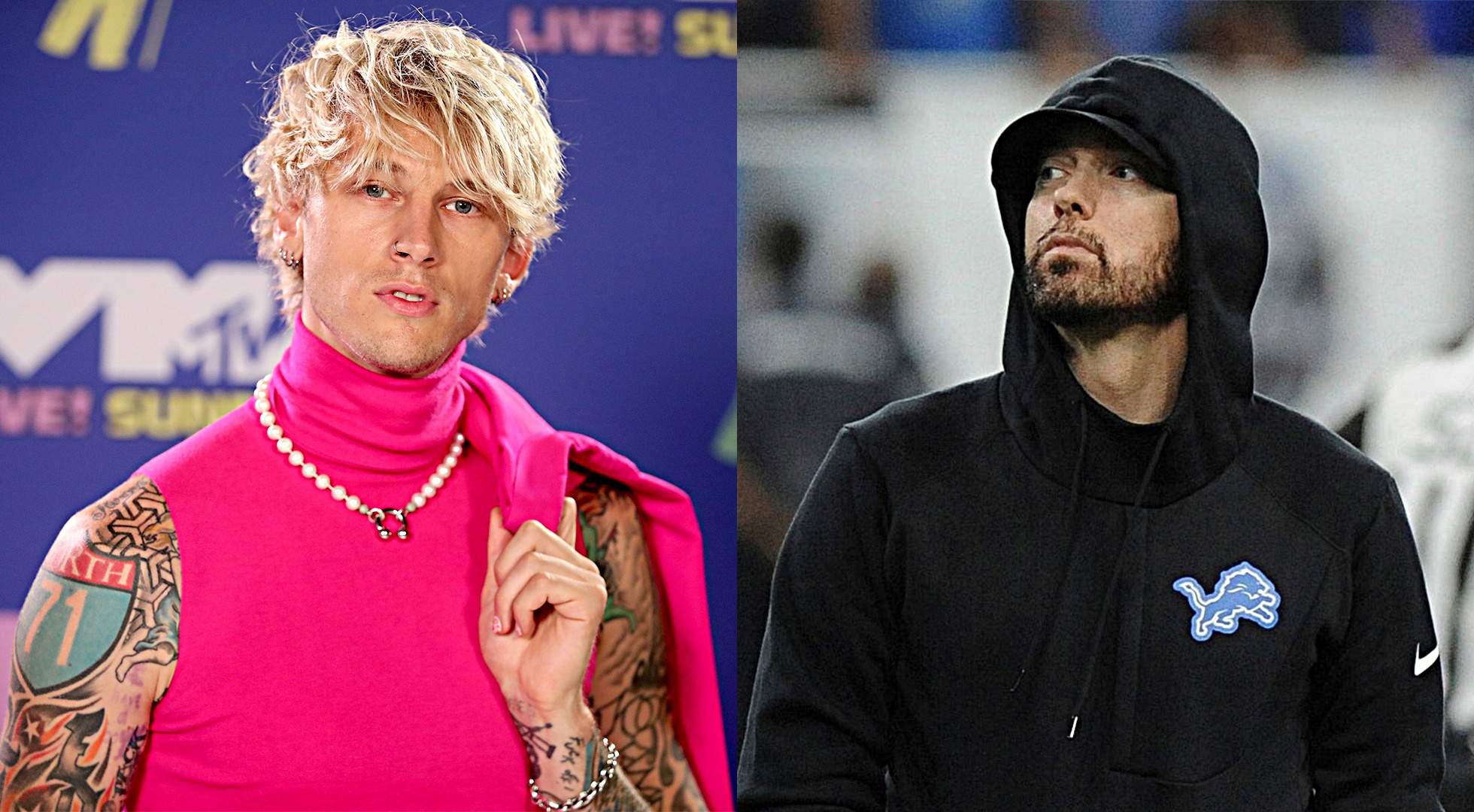 In a new interview with Dave Franco for Interview Magazine, MGK has revealed that his Hotel Diablo album flopped because of Eminem feud and he almost gave up.

Interviewer: Were there moments when you almost gave up because you were killing yourself for your music and it still felt like you were misunderstood?

Machine Gun Kelly: Yes. The 2019 album, Hotel Diablo is that for me, because that was the first time I really expressed my true self with no outside influence, meaning the label. As a hip-hop album, it is flawless front to back, and also a hint at the evolution of how I went into a pop-punk album.

Machine Gun Kelly: But it was coming off the tail-end of that infamous beef with Eminem. So no one wanted to give it the time of day. It is like if you make a shitty movie and then you come out with a great movie right after, but people want to focus on the fact that they hated whatever you just did. What I did in the beef was exactly what it should be, but that project was not welcomed. The next album came from already feeling like I’d counted out, so I didn’t even care what the public was going to think. That’s why the project was ironically my best received one, because it was the most effortless, with the least outside influence.

“What I did in the beef was exactly what it should be, but that project was not welcomed.”

Hotel Diablo album was released in 2019 as the follow up for his Binge EP and it debuted at number five on the Billboard 200, with approximately 39,000 album equivalent units sold. It jumped down to number 20 in its second week, selling 20,585 album equivalent units. The album received generally mixed reviews from critics.

For the full interview, check out Interview Magazine here.