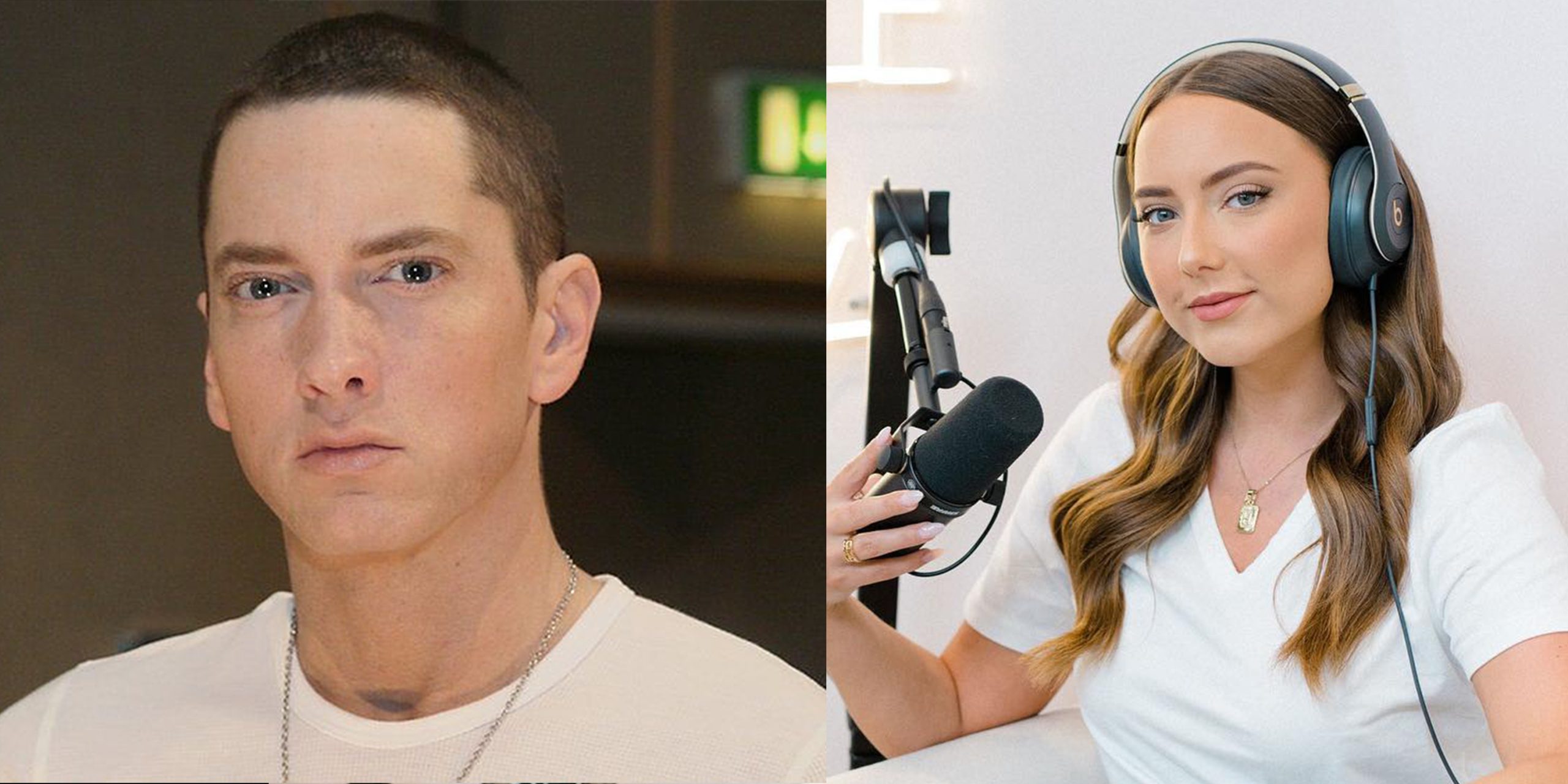 During the latest episode of “Just A Little Shady” podcast, Hailie Jade Mathers talked about how the lack of ability to start a conversation puts family and friends in awkward situations, which also happened at Eminem‘s 50th birthday few days ago.

She also talked about getting nostalgic over childhood Halloween movies while discussing the sequels that have come out this year, discussing the “rat race” of life (literally and hypothetically) and much more.

“Lets start with some positive things. It was my dad’s birthday this week. We all got together and it was actually really funny. It was friends and family. But while everyone was still strolling in and we were waiting everybody to get there we ended up collecting at a table and it was just like family and after like 10 minutes go by and we realized people coming in, it appeared as we were having a meeting. And after 10 minutes we look at each other and we are like ‘This is birthday party, I’m pretty sure we need to be social.’ You could literally tell our family from everybody else socializing. I’m like ‘We need to be social’. Yeah, it was just so funny.” said Hailie.

“But you know what? It is what we are for sure. There is one thing about us. We can maintain and carry a conversation, no problem, but to start the conversation we are just not good at it. We struggle so hard to facilitate the conversation, once it’s going – golden. But to start it – no, no, no.” Hailie added.

You can watch the podcast below: