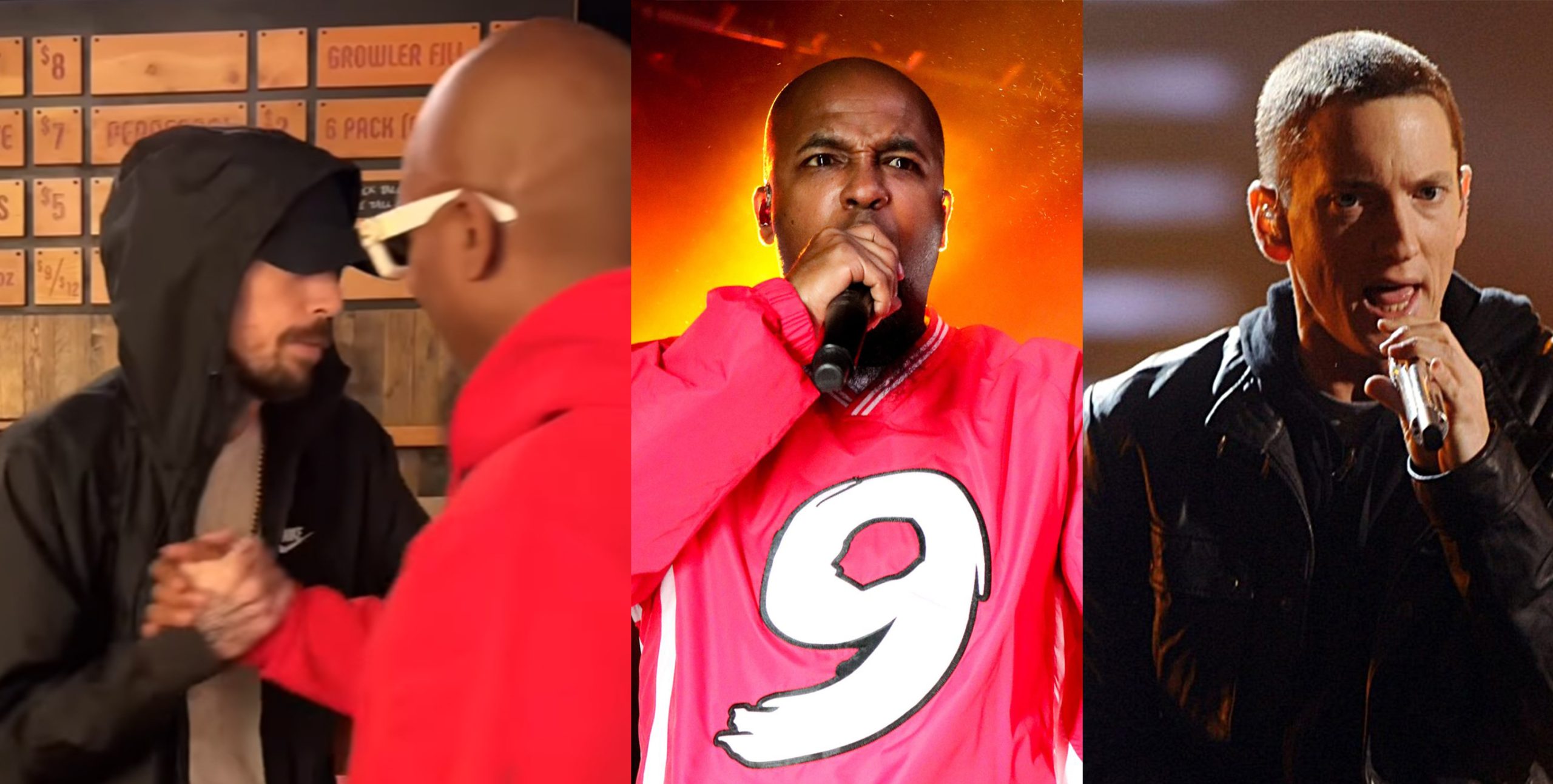 In a new clip shared last week, Canadian comedian who goes by the name DTG, best known for his Eminem parodies, once again suits up as Eminem in his trademark zip jacket, white tee, baseball cap and gold chain ensemble.

Instead of his usual solo spoofs, fake Slim Shady runs into a few friends this time around, most notably Strange Music boss and one of the most lyrical rappers of all time, Tech N9ne.

Instead of answering Tech’s question, Fake Eminem chooses to go in a rap battle. “You trying to rap right now?” he snaps back. And Tech replies: “Hey man, I been doing enough of that already.”

But DTG still spits his bars as Tech makes a silent getaway: “Red hoodie and red shoes/ If I ever get married, my best dude, guess who, yes you. / Alarm goes off in the morning I wake up, press snooze/ Right tight, left loose/ Yo, Tech, where’d you go, man?‘ C’mon. F**k!”

After realizing Tech has snuck off, tattooist Ryan “Newz” Scarpino and Strange Music rapper King Iso wade into the frame and dap “Eminem” up, after which he chases the pair and asks: “Y’all tryna rap?”

Shared by DTG on his Instagram account, he captioned the video with the following sentence: “Running into Eminem be like.” Among the comments, Tech hopped in to write: “Damn EM we suppose ta be BROTHAS!” Kuniva of D12, Daylyt and King Iso also commented laughing emojis.

You can check the video below: