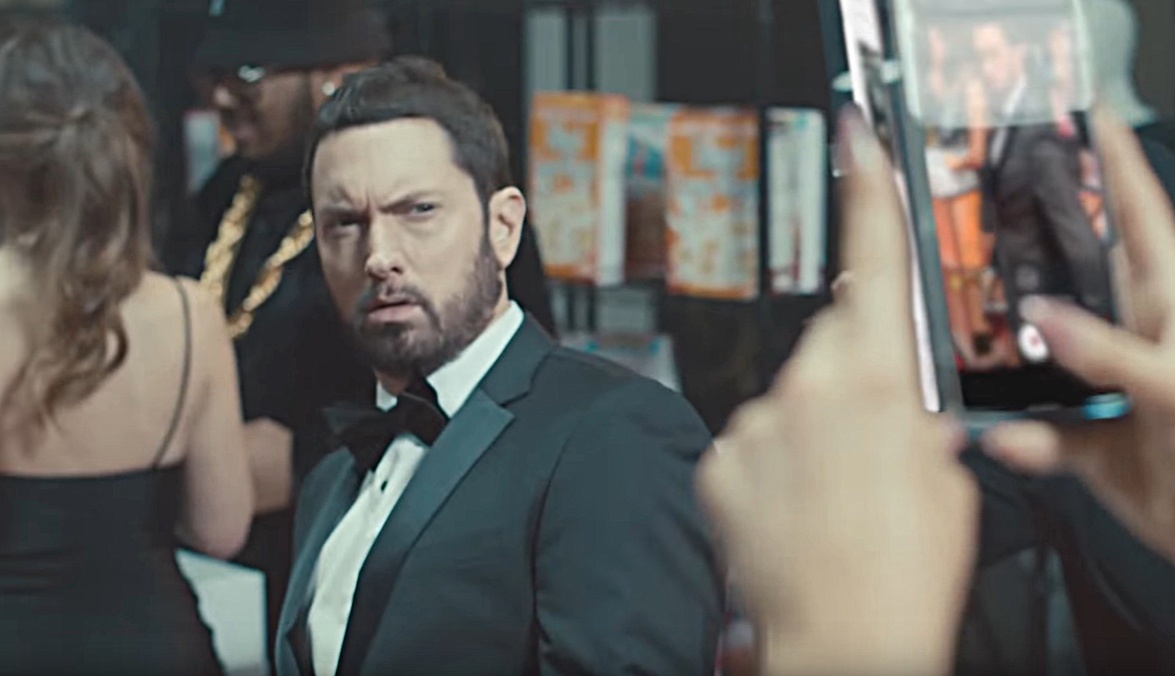 Few hours ago, Eminem went on his social media accounts to share a remake of “Godzilla” video which has recently went viral on TikTok., with the caption “WTF, who did that?” You can check out the post below:

Earlier this year, Eminem has challenged his millions of fans to see if they can rap as fast as him in Godzilla Challenge. As you might know, the Detroit legend surpassed “Rap God” and “Majesty” tracks in speed as he spat 224 words in only 31 seconds.

Month later, Eminem announced the winner. It was Triller user JackSherlock1. He was seen effortlessly keeping up with the verse while also showing off his extensive collection of Eminem’s vinyl albums.