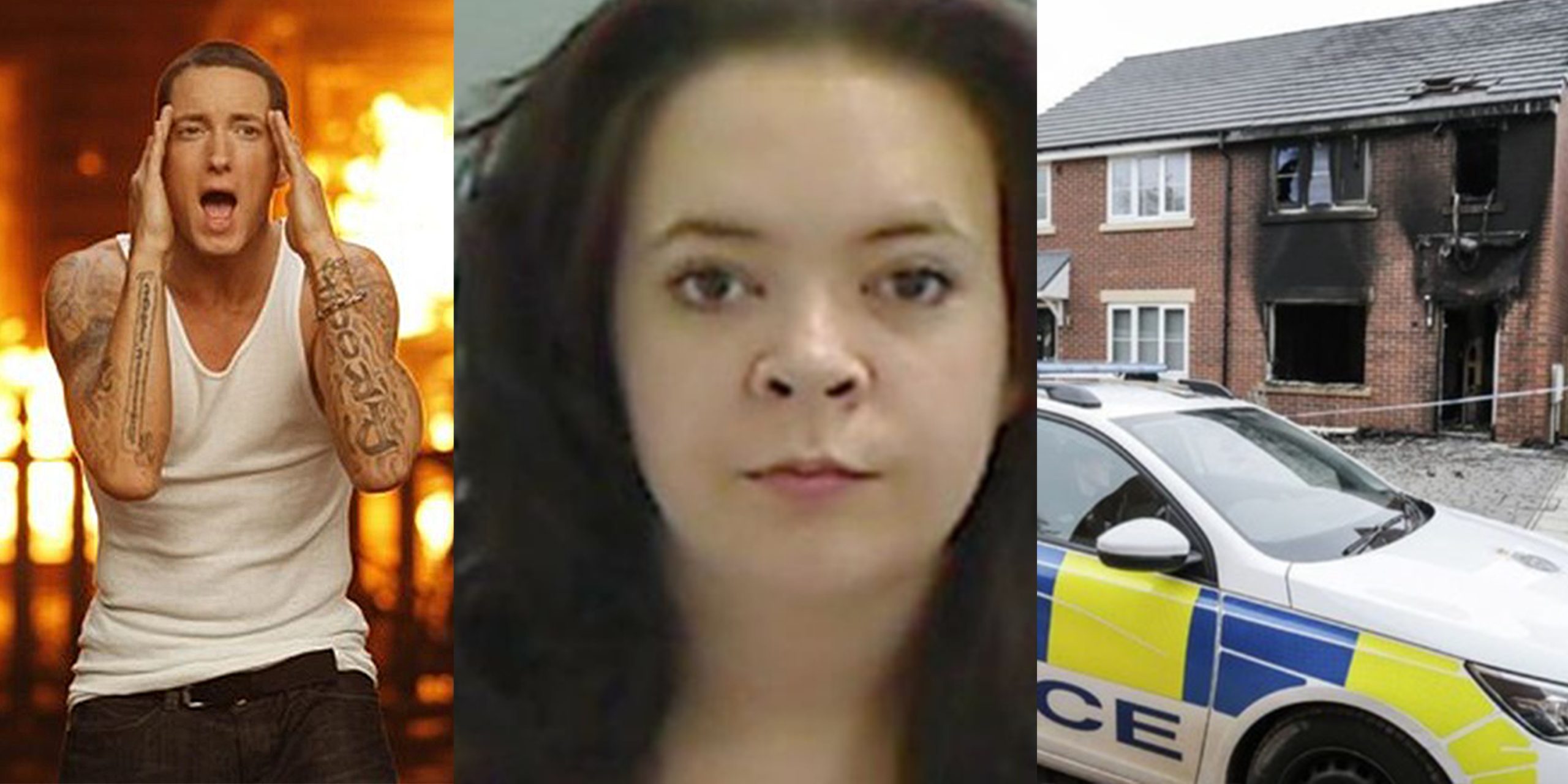 A drunk woman live-streamed herself singing Eminem and Rihanna’s “Love The Way You Lie” lyrics as she sat on the sofa inside the blazing home she had purposefully torched, a court has heard.

28-year-old Katie Richardson, set her semi-detached home in Stockton alight in the early hours of 16 April, while her neighbor’s five children slept next door.

Speaking at a sentencing hearing at Teesside Crown Court on Tuesday 27 September, Prosecutor Tabitha Buck said: “They left the property and saw next door engulfed in flames. The windows were cracking, doors melting and they described the fire as being completely out of control.”

The court heard a woman then approached crews and showed them a Facebook Live of the defendant. It showed Richardson sitting on the sofa filming a dressing gown which was hung up on fire in her living room, singing “Love the Way You Lie” by Eminem featuring Rihanna.

Ms Buck said: “She was not doing anything about the fire instead she was singing Love The Way You Lie by Eminem featuring Rihanna, which has the lyric ‘watch me burn’.

Recorder Simon Richardson stood the case down before her mitigation as he wanted further information before sentencing her. The case will resume at 9:45am on Thursday 29 September.