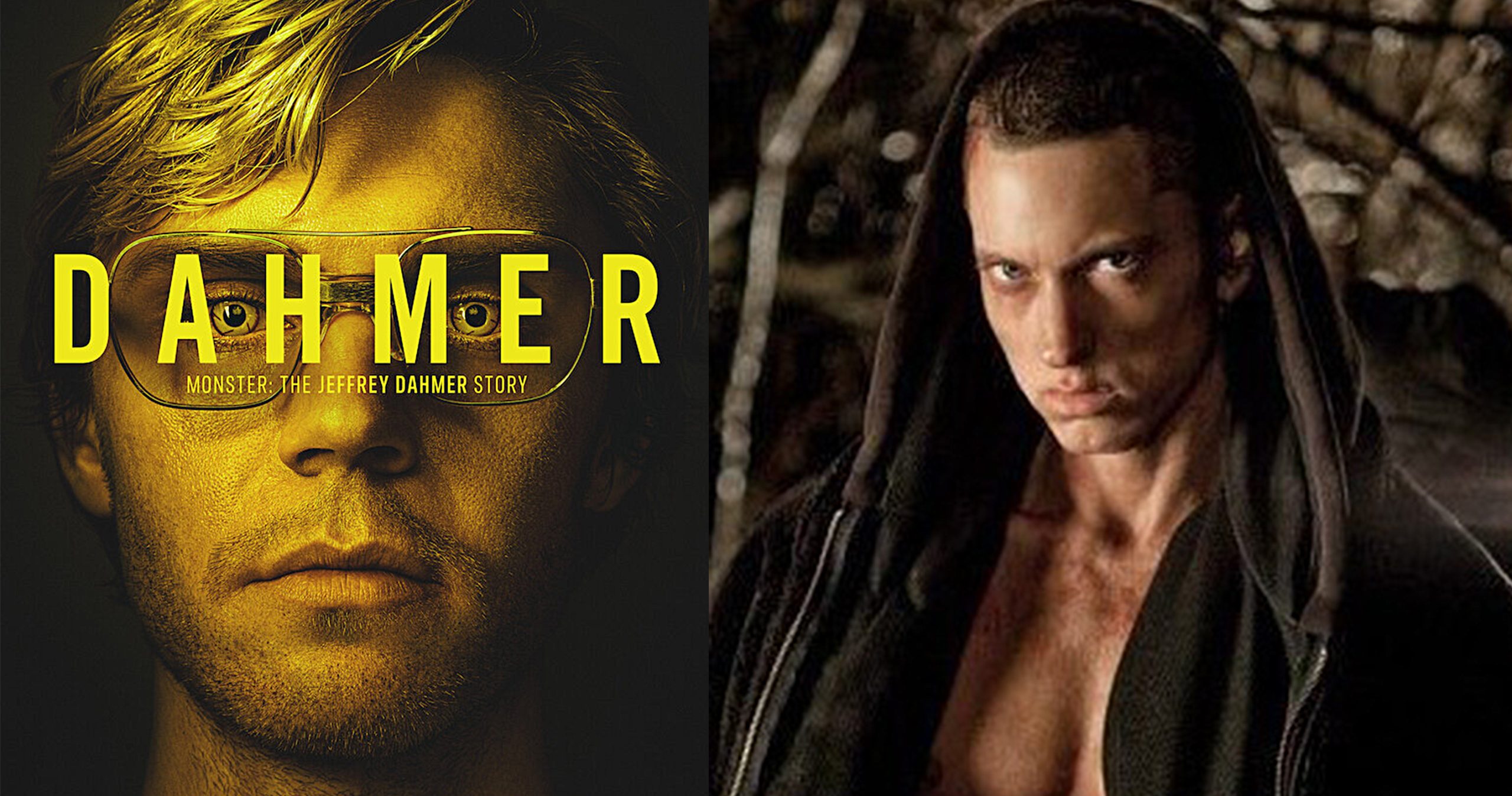 Eminem, Kesha, and Katy Perry have all come under fire over some song lyrics referencing the crimes of Jeffrey Dahmer after a hit new Netflix series put the serial killer back in the spotlight.

Monster: The Jeffrey Dahmer Story stars American Horror Stories actor Evan Peters as the murderer and explores the 13 years he spent committing the crimes before his arrest in 1990. Viewers have been gripped by the mini-series, which shows how Dahmer got away with his crimes and how he was later found with body parts in his apartment, with evidence suggesting he had even eaten some of his victims.

While some are only just discovering the level of Dahmer’s depravity, he’s no stranger to Eminem who has referenced the serial killer in a number of songs.

In a song “Bagpipes from Baghdad,” from Relapse, Eminem raps: “With that Latin hunk Luis Miguel / Nick Cannon better back the f*** up… / Zap and Eric Clapton shaft brings Abba crunk… / I cut you like Dahmer, pull a butcher knife on ya.”

In a song “Must Be The Ganja,” which is also from Relapse album, Em raps: “Faced with a dilemma: I can be Dalai Lama / And be calm or bring drama, a step beyond of Jeffrey Dahmer.”

The track “Brainless” from The Marshall Mathers LP2, also features a reference to the famous serial killer: “Something’s wrong with my head / Just think if I had a brain in it, thank God that I don’t, ’cause I’d probably be Dahmer, ’cause mama always said / If you had a brain you’d be dangerous.”

Following the release of Relapse, Slim Shady explained: “I did find myself watching a lot of documentaries on serial killers. I mean, I always had a thing for them. Oh, that’s not twisted in itself at all, right? I’ve always been intrigued by them and I found that watching movies about killers sparked something in me… The way a serial killer’s mind works, just the psychology of them is pretty f*cking crazy. I was definitely inspired by that, but most of the album’s imagery came from my own mind.”

Venting their disgust over the references on social media, many music fans said it was “disgusting” and “insensitive” to Dahmer’s victims and felt the artists should be held to account.