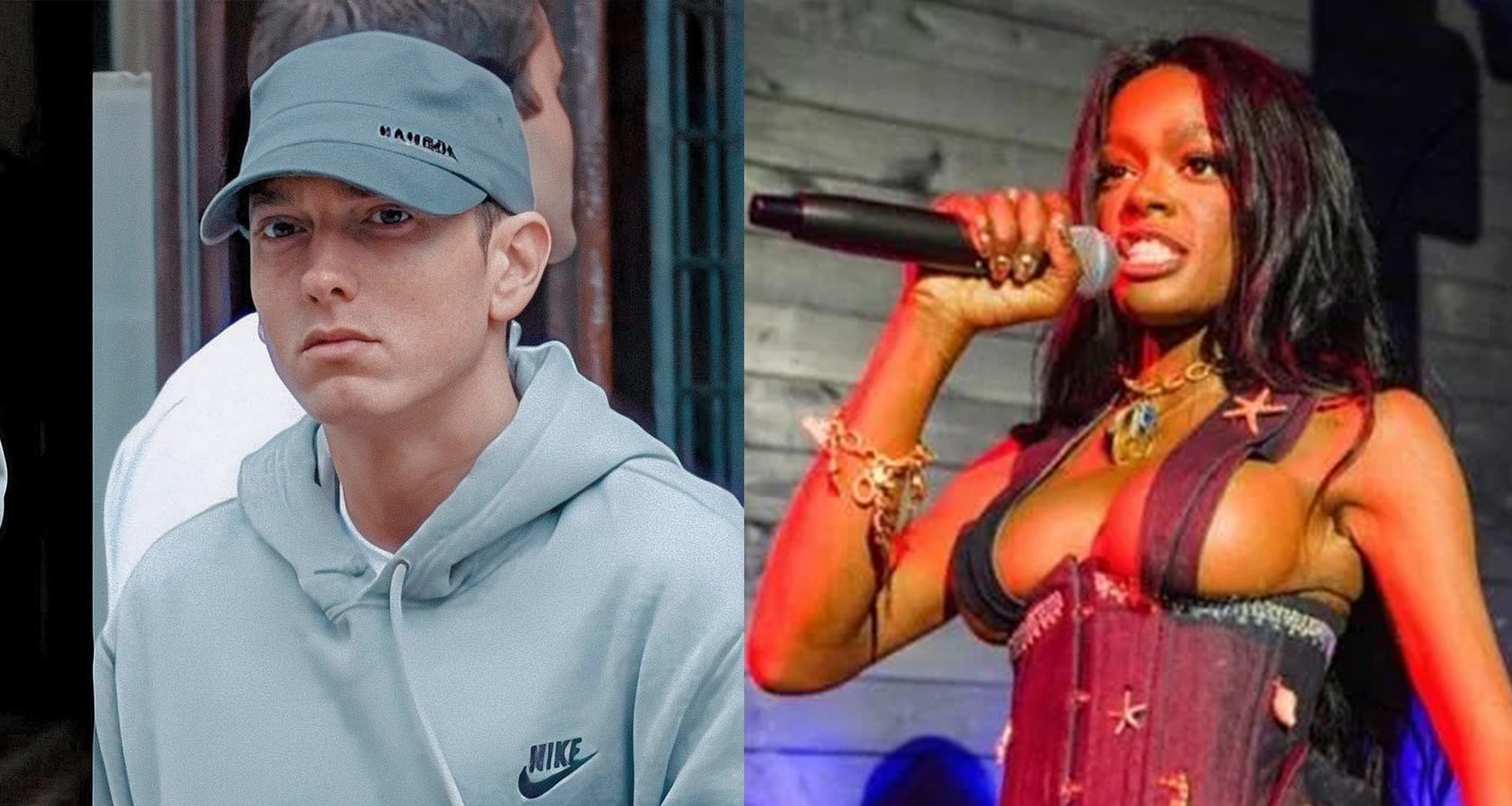 Azealia Banks has just reignited her one sided beef with Eminem.

She is never one to hold her tongue, especially when it comes to her takes on hip-hop. Yesterday, the rapper shared her thoughts on some of the rap game’s biggest names, such as Jay-Z, Eminem and Lil Wayne.

Banks began to explain why she thinks Lil Wayne is a better rapper than Jay-Z, beginning with their respective catalogs. After offering her praise and criticism to Jay-Z, Lil Wayne, and Styles P, she attacked Eminem. “Eminem is, was and has always been annoying garbage. I can’t, won’t and refuse to consume white male rap anger in rap form.”

“Also — can we also make Eminem’s glorified white male rage a factor in what influences white school shooters lmao… We love to blame black parents and black stars for *what’s wrong with our youth* but really let Em write whole songs about wanting to murder his own mother. We really should blame Eminem for everything.”

Additionally, she pointed out how Eminem landed an Elton John feature in spite of using homophobic slurs in his music: “Also, I’m pissed because Em said fa**ot and got an entire Elton John collab out of it. I was supposed to win a prize too gatdamnit.”

Check out the screenshots of her stories below: 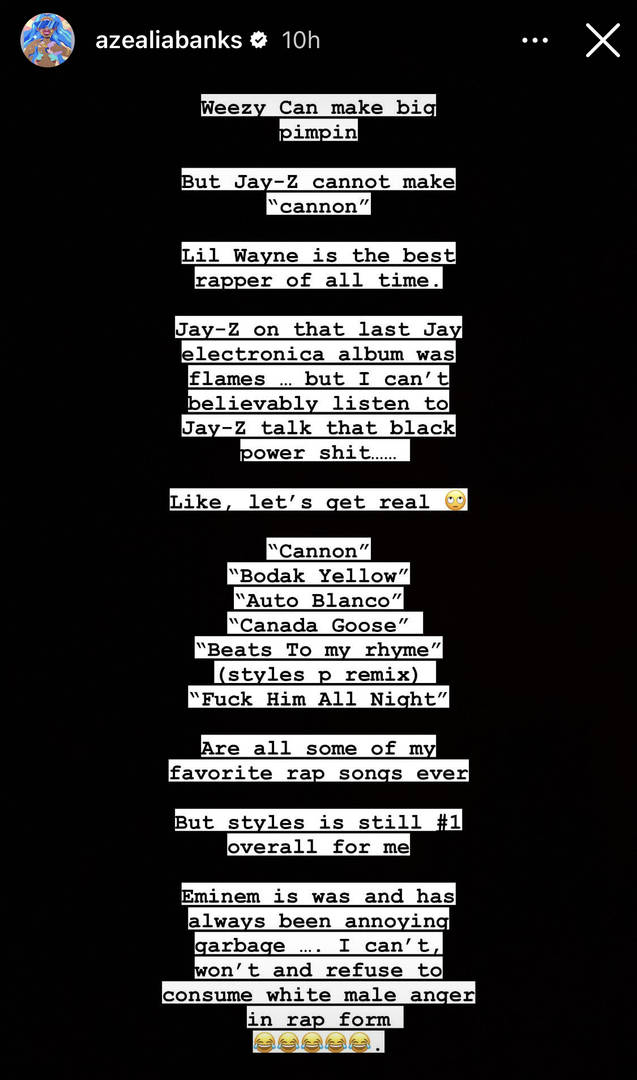 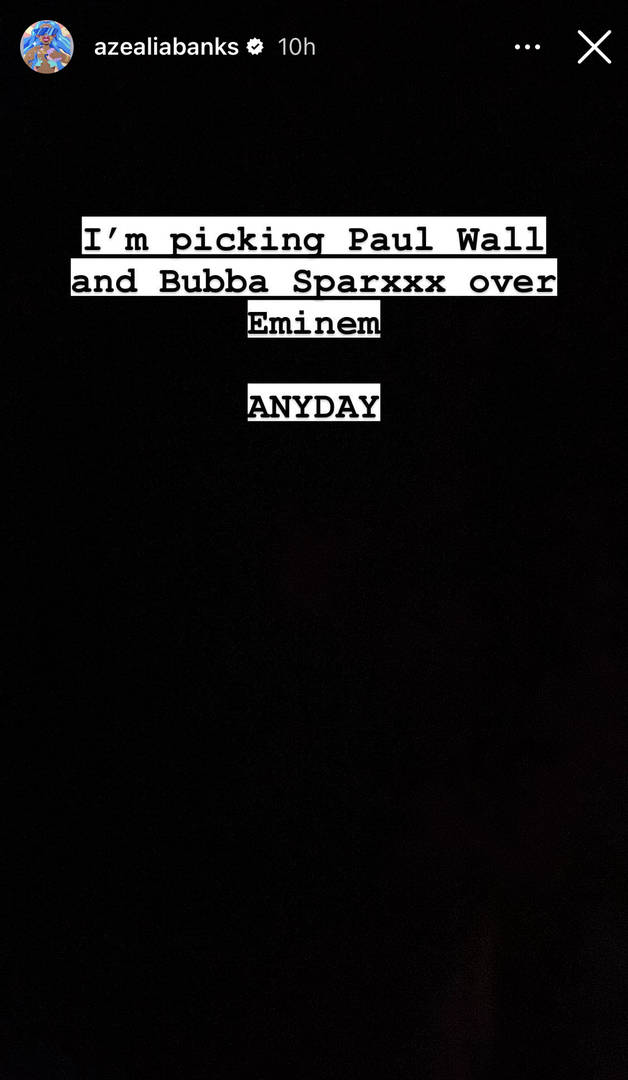 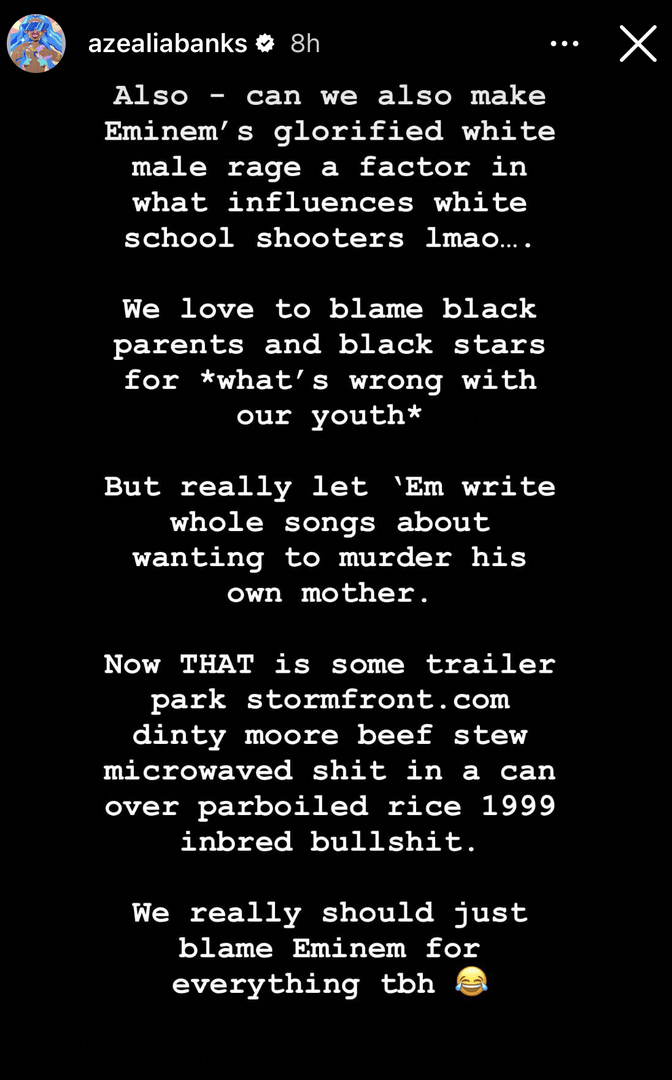 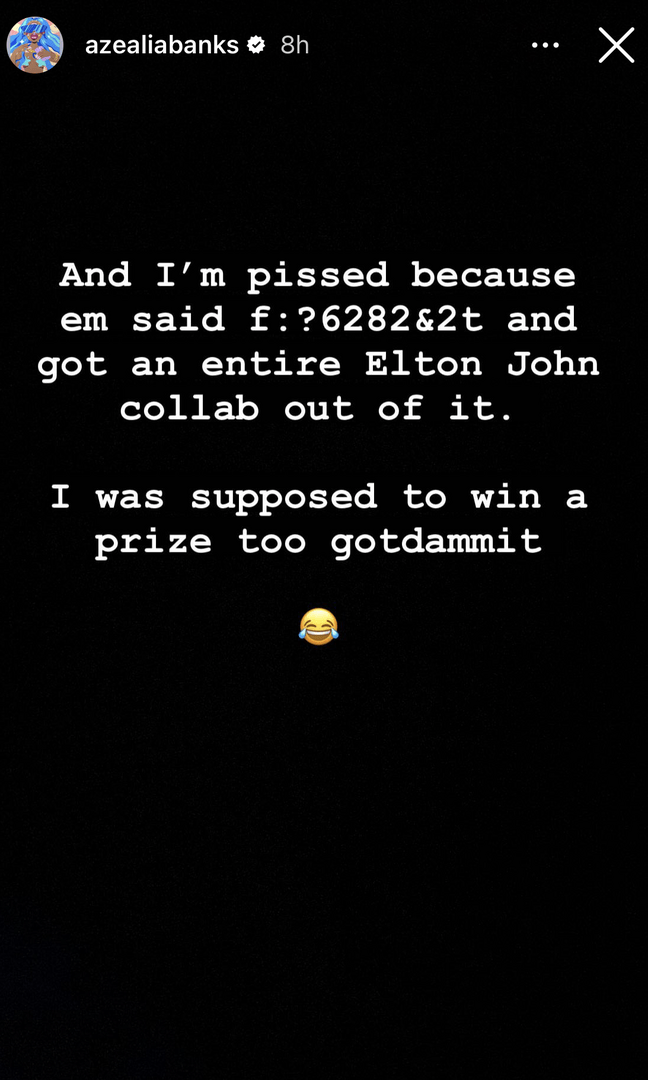