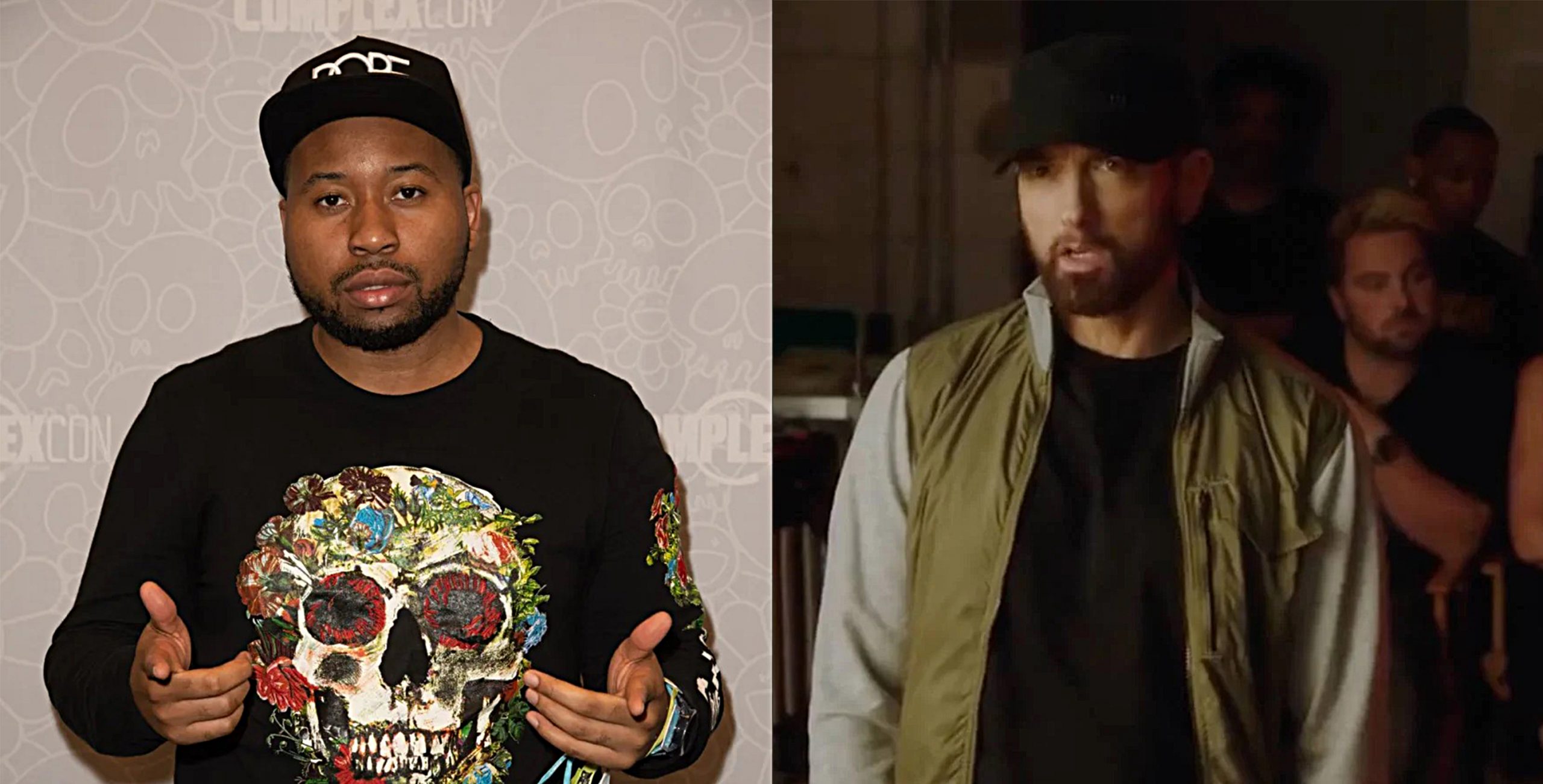 If there is a person who is going to go hard for Eminem, it’s DJ Akademiks.

Jamaica-born DJ and media personality has been throwing shades at Detroit legend for a minute now. He even got Eminem’s attention back in 2018 when Akademiks called “Revival” album trash and the Rap God dropped “Kamikaze” album.

On a track titled “Fall,” Eminem raps: “Somebody tell Budden before I snap, he better fasten it / Or have his body bag get zipped / The closest thing he’s had to hits is smackin’ bitches (Pump it up!) And don’t make me have to give it back to Akademiks / Say this shit is trash again, I’ll have you twisted / Like you had it when you thought you had me slippin’ at the telly (Yeah) / Even when I’m gettin’ brain, you’ll never catch me with a thot.”

Yesterday, Akademiks was streaming with Adin Ross when the DJ once again discredited Eminem’s place in hip-hop when Adin declared Em as the greatest rapper of all time.