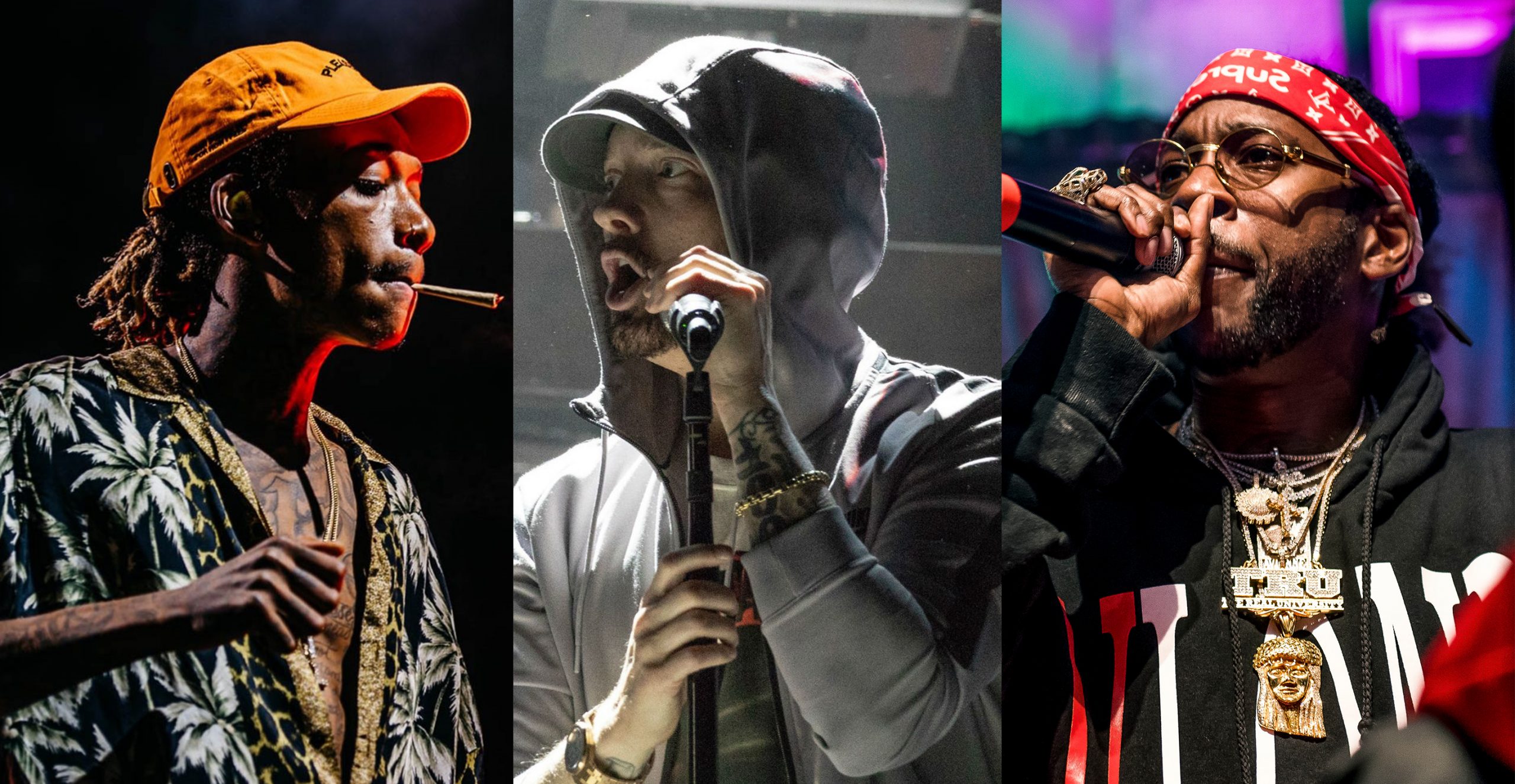 Eminem and CeeLo Green have a new song on the soundtracks album of “Elvis” movie, produced by Dr. Dre.

“Elvis” premiered at the 2022 Cannes Film Festival recently and new Eminem song was played during the red carpet photoshoot. The movie is scheduled to be theatrically released in Australia on June 22, 2022, by Roadshow Films, and in the United States on June 24, by Warner.

In the song, Eminem references 2 Chainz and Wiz Khalifa with the following lines:

“I grew up like the bottom of the toothpaste do, Blue sued shoes, one missing the shoe lace too, 2 chains, you can call me 2 Chainz, both hangin’ [] loose, Let the fruit cake loose..”

“Attention seekers I treat them like diabetics, got them all on pins and needles / can’t make the next bars out / it never grazed a finger, but when I raise this thing up, it’s higher than Wiz Khalifa..”

You can listen to the audio ripped from the red carpet video below: