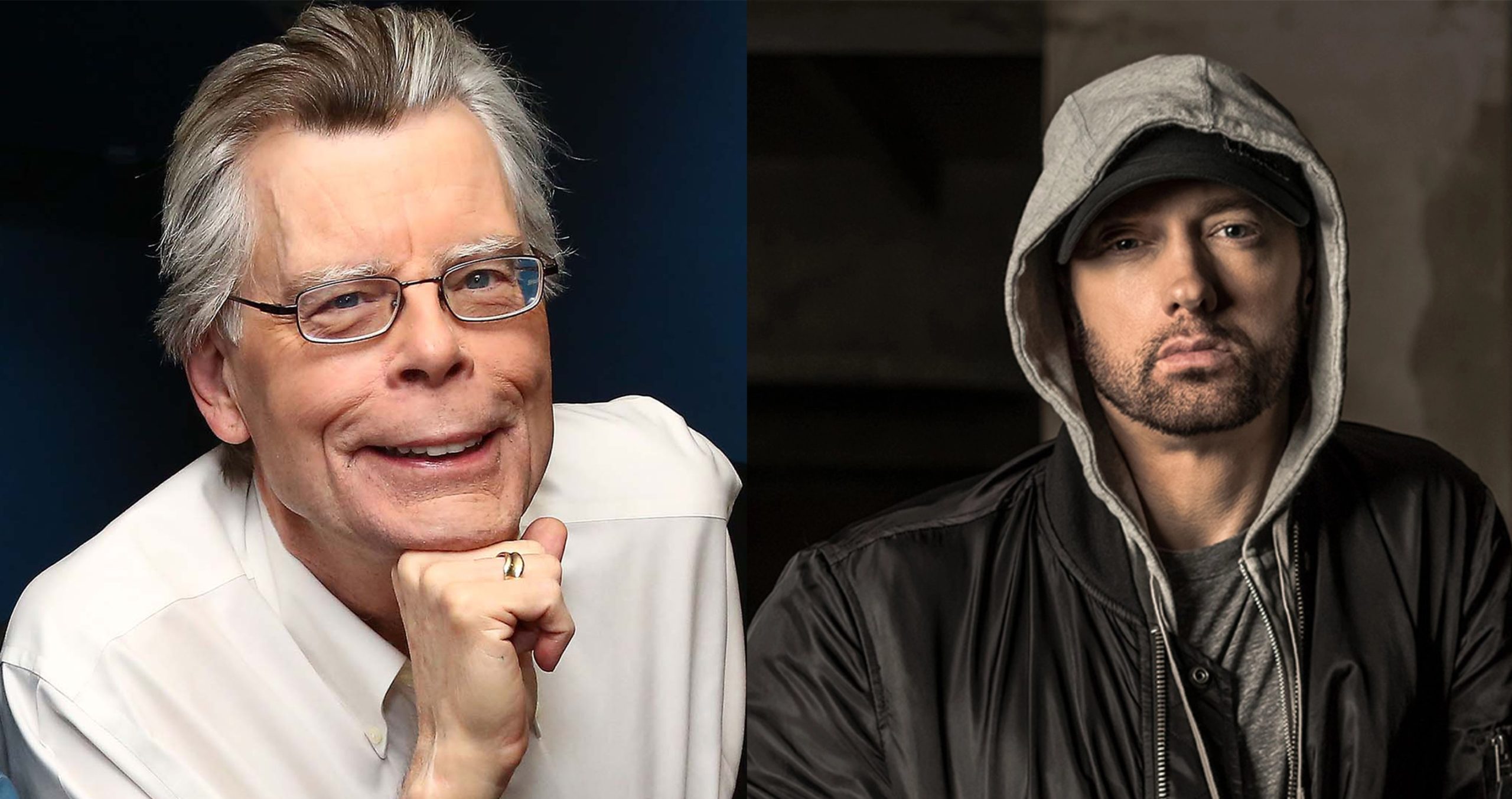 Stephen Edwin King, also know as “King of Horror,” whose books have sold 350 million copies worldwide, has Eminem mentioned in one of his thriller novels, titled The Institute.

The Institute is a science fiction-horror thriller novel, published on September 10, 2019, by Scribner. The book follows twelve-year-old genius Luke Ellis. When his parents are murdered, he is kidnapped by intruders and awakens in the Institute, a facility that houses other children who got there the same way he did and have telepathy or telekinesis.

On the 435th page of the book, there is a conversation between two characters, where one of them mentions Eminem.

– You look remarkably stupid with your hat on that way, Mr. Jamieson.

You can check the picture below: