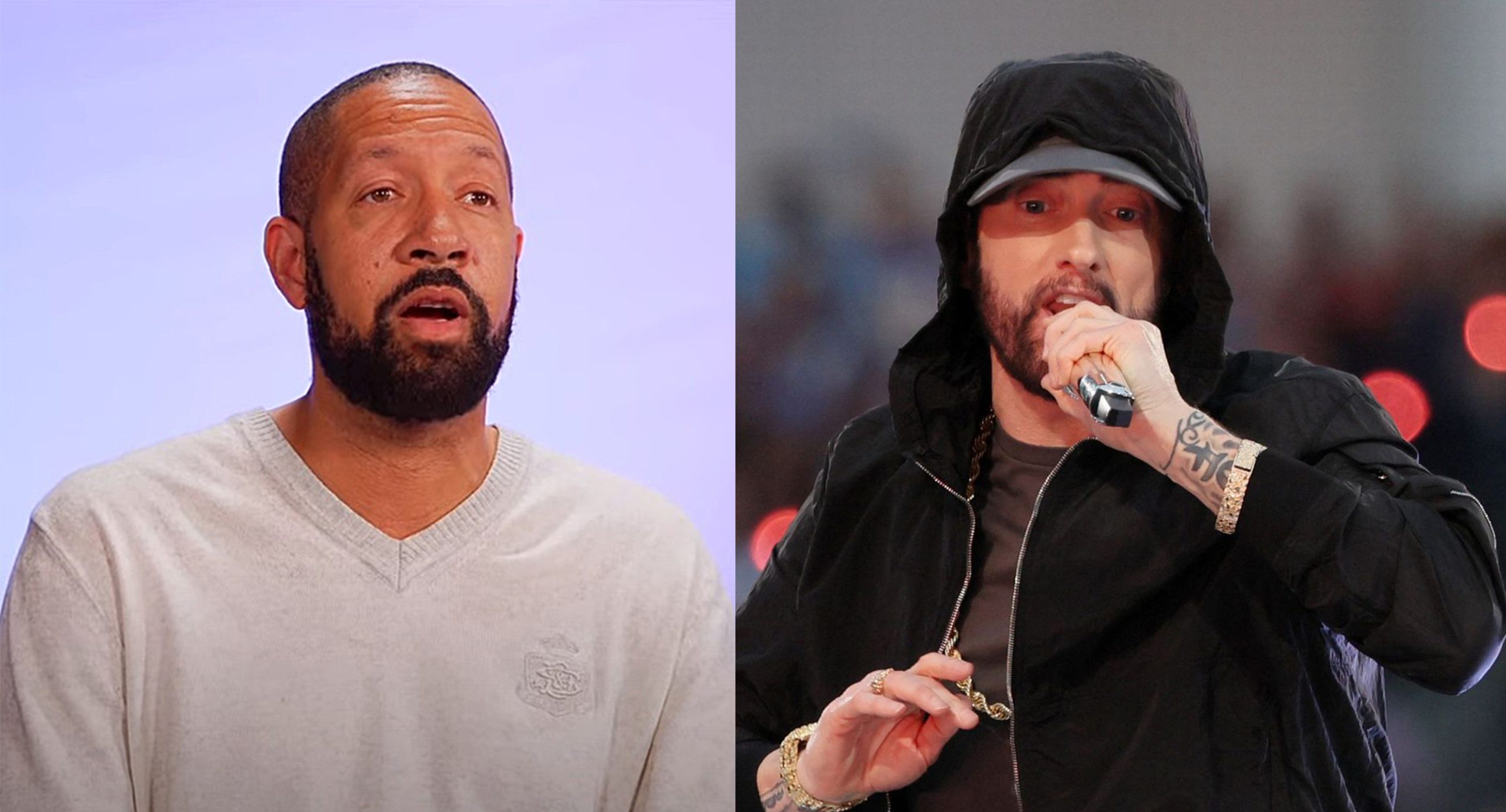 J.U.I.C.E., emcee from Chicago, is revered as one of Hip-Hop’s all-time elite freestylers and punchline wordsmiths however, he is also recognized for his fascinating history surrounding Eminem. He contends to be one of three artists who ever defeated Eminem in a battle, among Big Proof and Rhymefest.

In a new interview with 247HH, J.U.I.C.E. details a turn of events around Marshall Mathers that changed Hip-Hop history.

“A very special moment for me was… Well, it started out in Cincinnati when I battled Eminem. I was fortunate enough to beat him. After I beat him, Wendy Day called me and told me she was doing a Rap Olympics competition, and I told her about Eminem. She was like, ‘Who is he?’ I’m like, ‘He is the coldest rapper I have ever heard. We should bring him to Los Angeles.”

“She got us a hotel room, me, him, and Thirstin were basically staying like a room away from each other. So I am in L.A. for the Rap Olympics, it’s Wendy Day’s event. Wendy is a savant visionary who owns a company called Rap Coalition and she was the sole engineer of this Rap Olympics competition. So she got Thirstin Howl, Eminem, me, Kwest Tha Madd Lad and Wordsworth. And she got us all hotel rooms in L.A. So we were all staying by each other, cyphering… It was a crazy time. We ended up giving Eminem’s demo tape to a friend of ours named Evan Bogart who was producing for Interscope at the time. Evan gave the tape to Jimmy Iovine. Apparently, Jimmy had already got the tape from somewhere, and saw it twice. He was like, ‘Wait a minute, I gotta really look at this tape.’ So that’s basically how it happened. Then we all went to The Wake Up Show, ’cause I was gonna go anyway.”

“In Cincinnati, he was a brash young dude who had never lost a battle and so was I. He was basically like, ‘If we battle, it’s gonna be ugly.’ We were at the bar. I ordered like three Heinekens, and I gave him two, and he’s like, ‘Why’d you give me two Heinekens?’ I’m like, ‘Well, you’re Eminem; there’s one for both of y’all.’ So the mental game started there. But I knew he was as good as me – possibly better. But I felt like I had enough to pull it out if we went head-to-head. I never saw what would happen for him ’cause I never saw him getting a record deal, ’cause what we did was underground; we never did it for that. So I never thought we’d go to L.A. and then Dr. Dre, of all people, would hit him and have Jimmy behind it. And then, with Jimmy behind it, it would blow up to a level bigger than anybody else – even Snoop Dogg, and be the number one dude in the world… I never could have thought that.”

In 2017, J.U.I.C.E. publicly challenged Eminem to a battle rematch. More recently, Em’ spoke of J.U.I.C.E. on Mike Tyson’s podcast. “I got all the way to the end of the Scribble Jam battle, and then I lost to this guy named J.U.I.C.E.. To this day he is still a really good f**king rapper. He is so good that it is okay that I lost to him.”