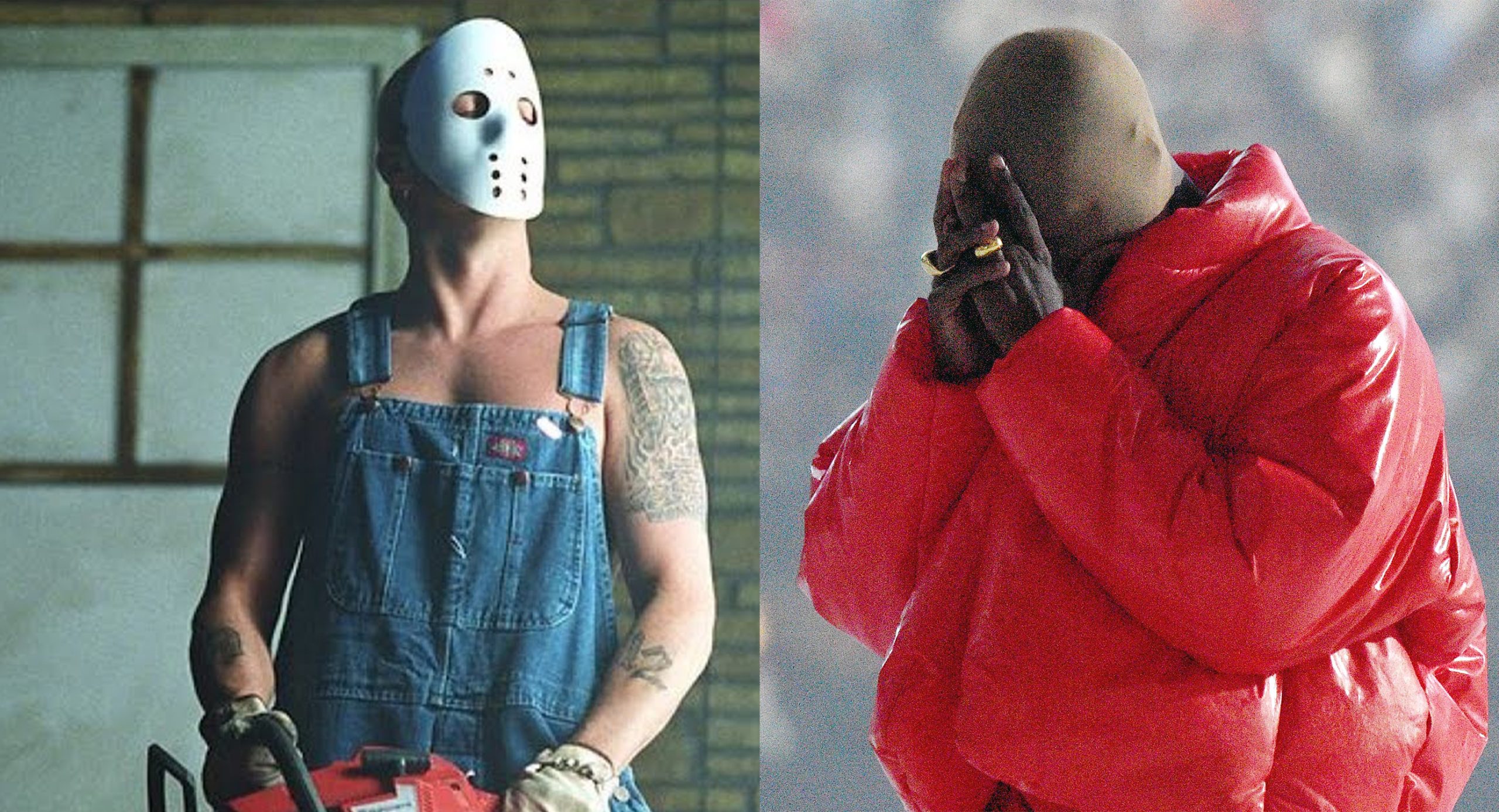 Last year, Kanye West debuted his 10th solo studio album DONDA and at a third event hosted in his hometown of Chicago at Soldier Field, he brought out DaBaby and Marilyn Manson.

The audience was greeted with a recreation of Ye’s childhood home in the center of the arena where Kanye appeared with the mask on.

Back in 2001, at his Anger Management Tour, Eminem also brought recreation of his house on stage with the Jason mask on, and Slim Shady also brought out Marilyn Manson on stage.

Check the fan’s theory below: