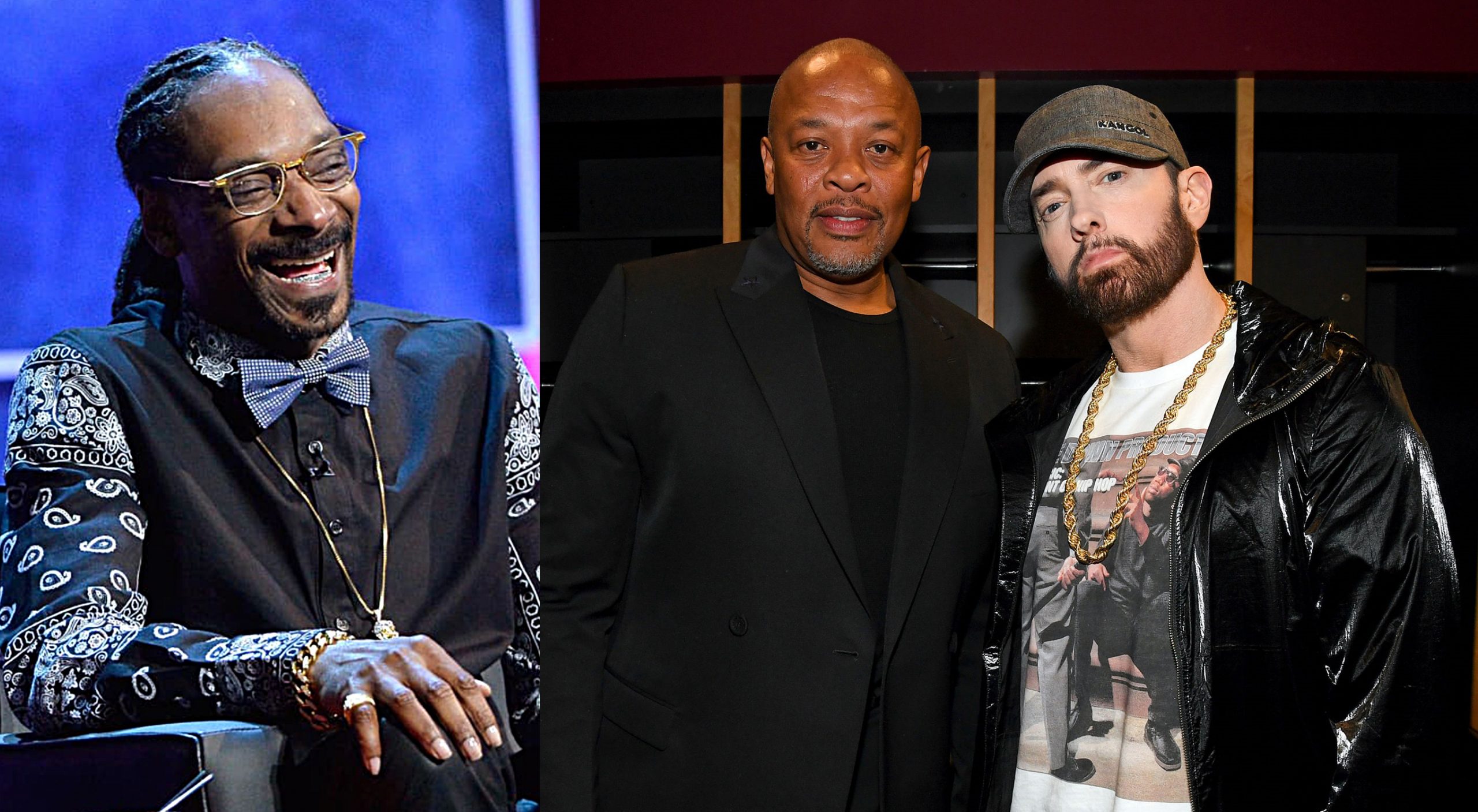 Yesterday, Snoop Doggy Dogg visited Ebro Darden’s Apple Music radio show The Ebro Show where he discussed his latest endeavors. He also talked about the upcoming collaboration with Eminem on a song “From Detroit to the LBC” on Mount Westmore album, dropping in the first quarter of 2022.

“You know what’s up next right? Mount Westmore album coming out in the first quarter of 2022. We pullin’ all the way up with videos, maybe a potential motion picture. Oh, and there is sneak peek I gotta do with the great white hope. Our first one. You figure that out who am I talking about. Eminem. You f**king right. That’s a monster jam! It’s so good Dr. Dre said ‘why you ain’t give me one like that?!'” – said Snoop.

“Mount Westmore is a beautiful piece of organized confusion. And there is only one feature. EMINEM. Do the math. We not playing!” – Snoop added.