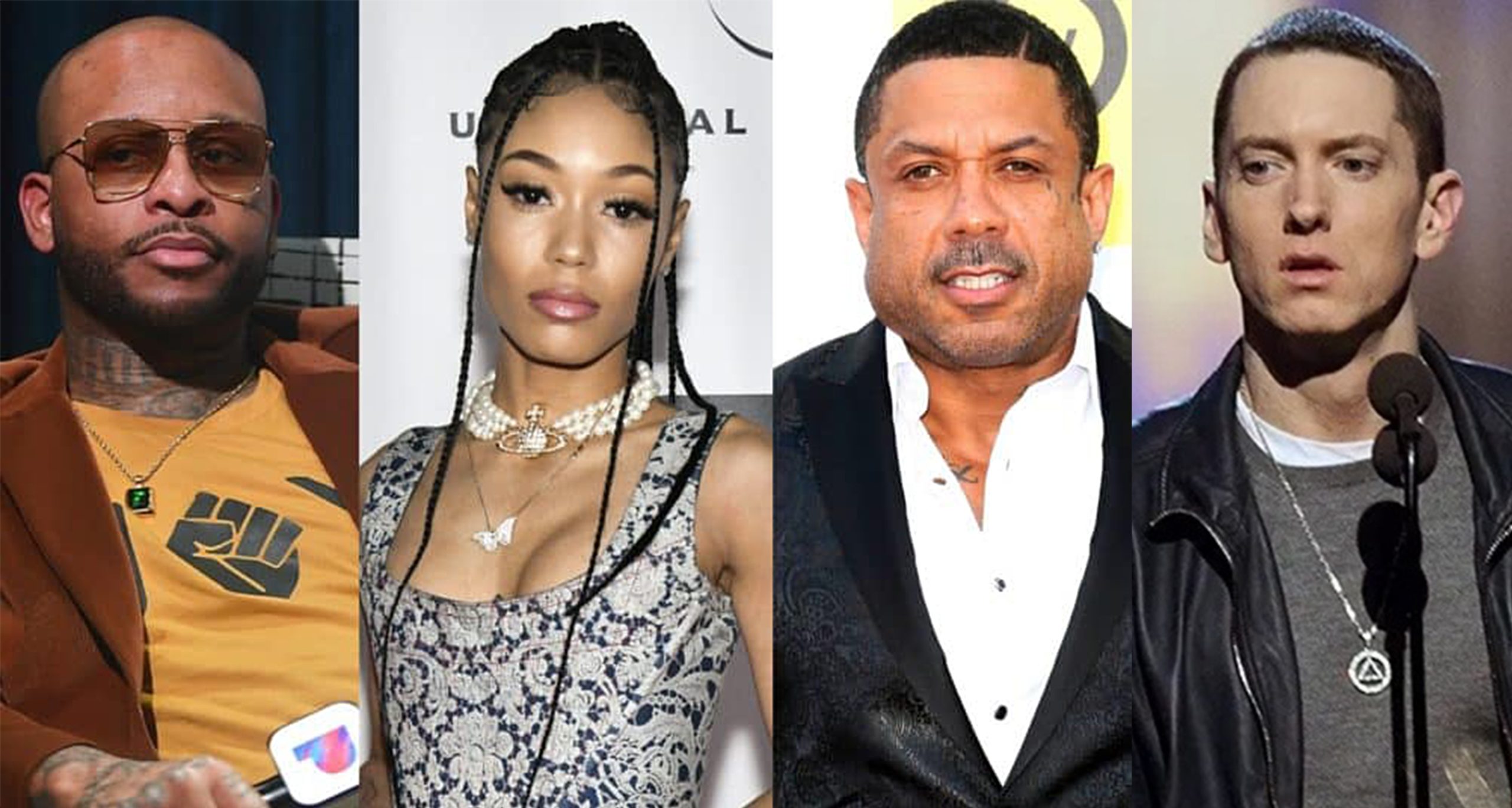 Benzino has recently chatted with VLAD TV where the former The Source talked about squashing 20-years old beef with Eminem and Royce Da 5’9″ attacking his daughter Coi Leray on Twitter.

“Eminem’s fans are probably the most disrespectful fans but disrespectful in a way that they love their artist and you know what? I understand. They come at me with the stuff you can’t imagine and it’s been for years. I tried the ways to ignore it but the only way that I can put this to an end to not mess up my kid’s career, is to say, what I probably should have said long time ago, is that Eminem is a part of hip-hop. Eminem is a dope artist. He is a part of hip-hop regardless of what he said or done. People change. Who am I to judge.” said Benzino

“It’s not like I never liked Eminem songs. I like bunch of his songs. It’s not like he’s disrespecting me. It’s his fans. His fans are the worst bro. They are disrespectful. But Eminem is a part of hip-hop culture. He’s one of the best that ever rocked the mic. He’s very lyrically talented and if that’s what his fans needed to hear so that they can leave me alone, then so be it.” Benzino added.

Later in the interview, Zino talked about Royce attacking his daughter Coi Leray on Twitter: “Royce said pretty nasty things about my daughter and I’m hoping that he finds within himself to apologize. I believe what he said was not wanted. I hope he sees me being a bigger man and he can be a bigger man to apologize the s**t that he said about Coi because I took that serious. I will be in Detroit soon. Hopefully we can get face to face and it would be his best interest to apologize.”