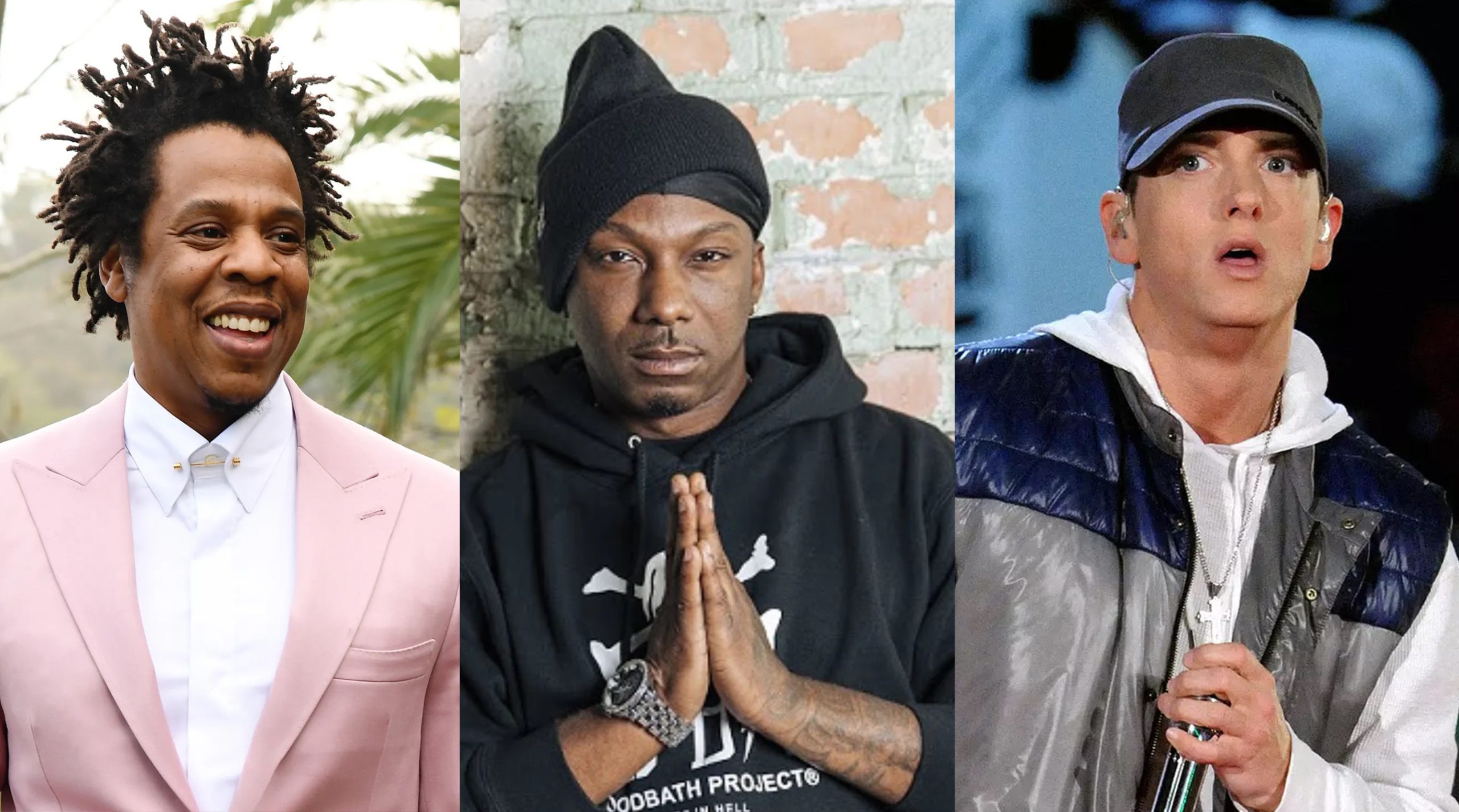 Rass Kass has recently done an interview with HipHopDX where the legendary rapper talked about how he made Jay-Z’s artists Eminem believer.

“We had couple of shows where Eminem opened up for me. I came out before Em that’s all, I had an opportunity before him. I brought one of Jay-Z’s artists with me one time and told him who Eminem was before Eminem was ‘Eminem’. He was from New York, Brooklyn and he was like ‘naah, white boy? Pff..’ We were in Detroit and he was opening up for me and I said to him ‘Eminem is better than 95% of us.’ He was like ‘NAAH’ especially being from New York. And then I said ‘I’m sorry I’m wrong. He’s better than 99.9% of us.’ He was like ‘get the f**k outta here, son. bla bla bla.’ He want back to Jay-Z and told him that. That was way before Em blew up. Way before ‘Renegade.’ Jay-Z had never heard of Eminem.”

“That’s one of my favorite Eminem stories before anyone knew who he was. Well, Detroit knew he was super talented. He was ill. And if any of my friend said he was not I would have looked at him funny cause you can’t deny Eminem’s talent. You can’t deny me. You can’t deny Rakim. You gotta give this people flowers. You gotta tell them ‘you are incredible, god blessed you with that talent.’ You ain’t hurting yourself by acknowledging somebody’s really amazing too. It should be motivation.” said Rass Kass

Watch the full interview below: