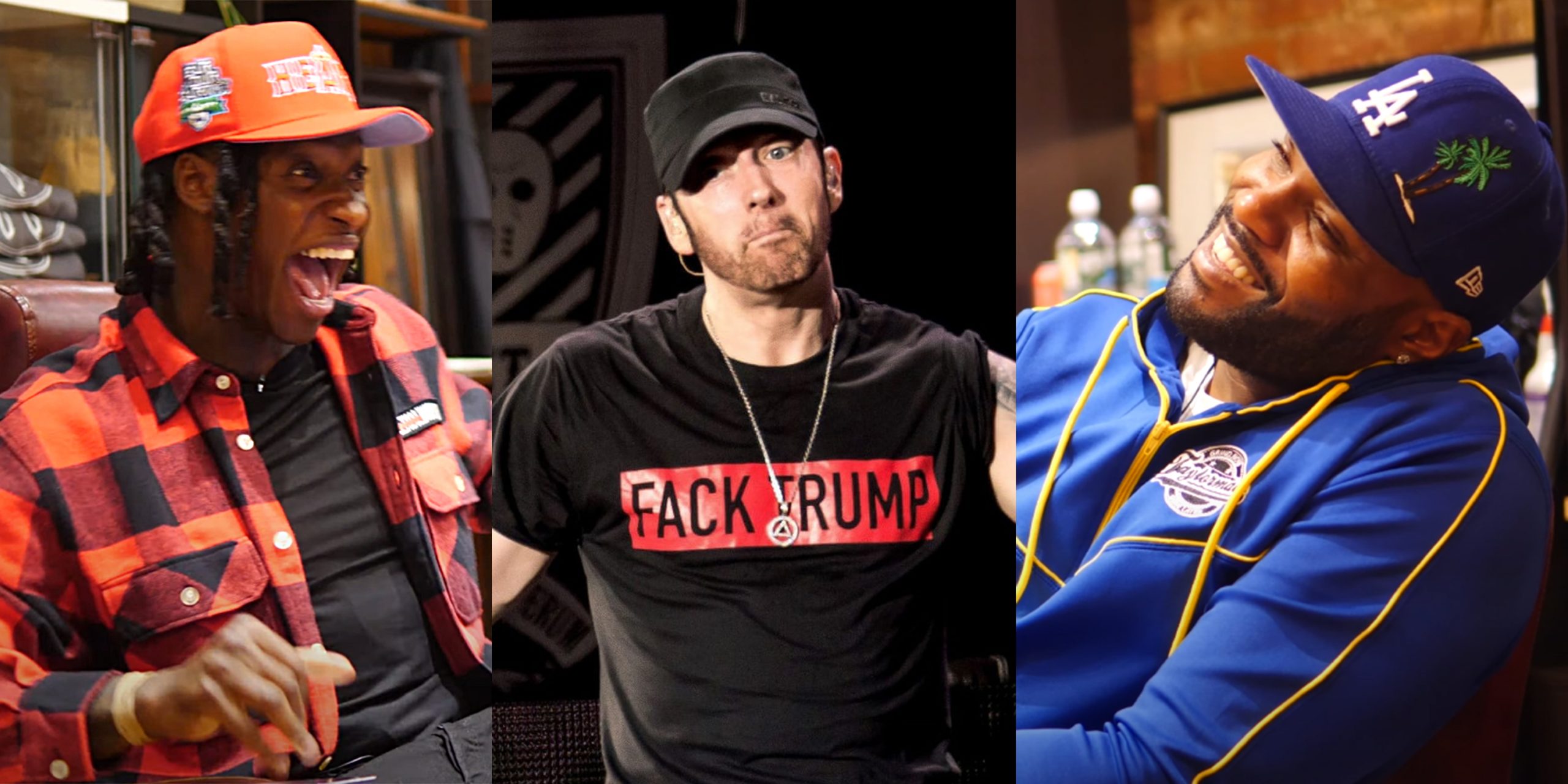 Phresher, who worked with Eminem on “Chloraseptic” song from Revival album, has recently sat down with Math Hoffa on My Expert Opinion podcast where he talked about how the song came together.

“That was a life-changing moment. Em and Jay share the same place in my heart. I was like only ni**a in the hood who was an Eminem fan.” said Phresher but Math Hoffa interfered “You was not the only one,” implying that he was Eminem fan too.

Then Phresher continues: “Them ni**gas were like ‘Eminem? Hi My Name Is?’ I was like, ‘listen to the album, you understand its bigger than Slim Shady. My mom knew I was on punishment and she slipped the Marshall Mathers LP under my motherf**kin’ door.”

“Then Tracy calls me and tells me ‘Em wants you to perform at Governors Ball with him.’ He is the last act of the f**king night bro. It’s me, 50 Cent, Eminem… It was epic. A hundred thousand people out there and this ni**a is saying my verse, ad-libbing my s**t. You go to YouTube or Google it. That s**t is on YouTube. I’m like in your wildest dreams, you can’t make the s**t up like that.” said Phresher.