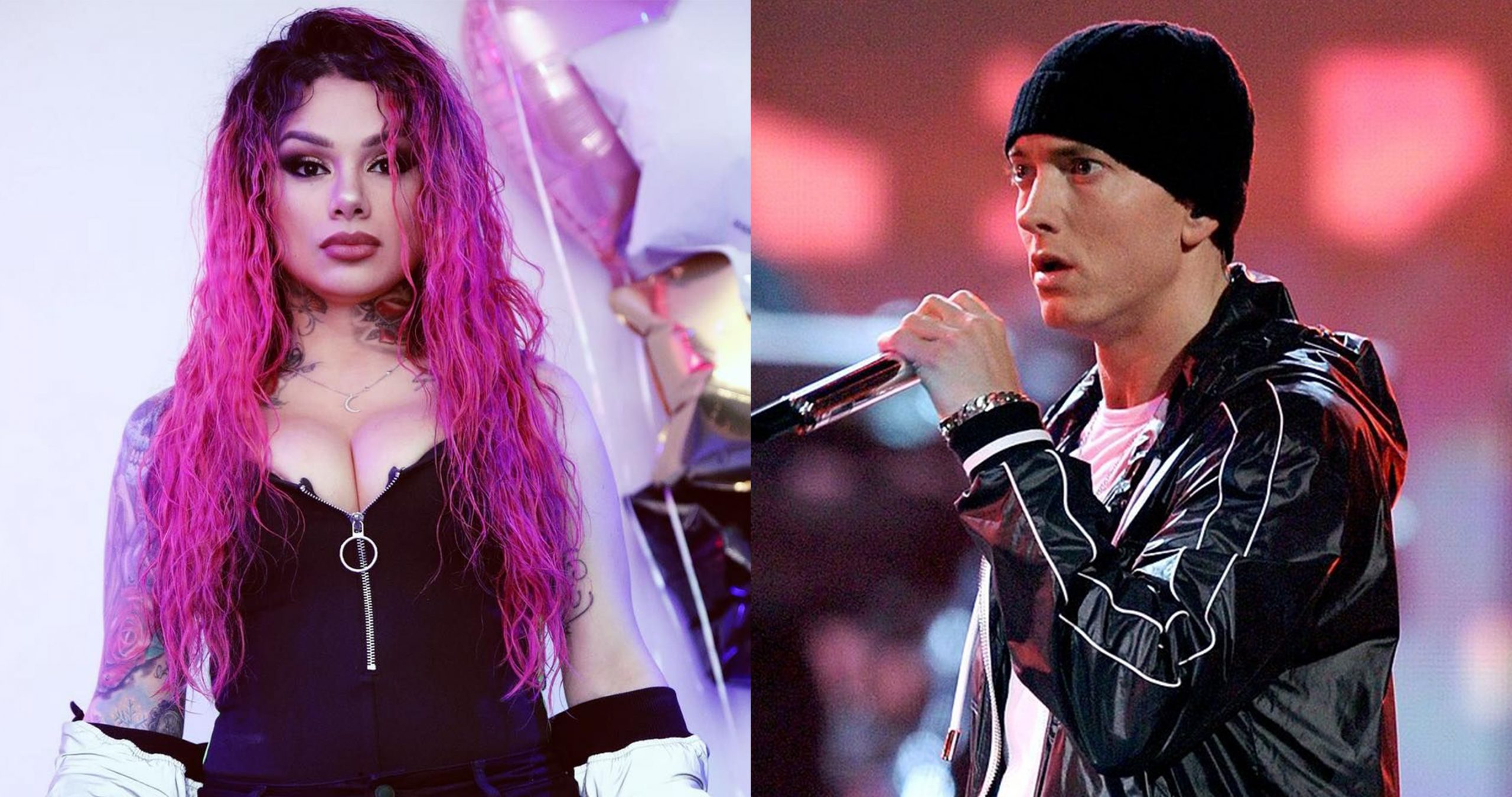 On the 20th episode of Shirley’s Temple, Shirley Ju sat down with Snow Tha Product to discuss being signed to a major label to now being independent, her favorite songs to perform, journey with mental health, making music for the youth and much more.

Snow replied: “Honestly, The Marshall Mathers LP. Back then, I definitely paid a lot of attention to Eminem. Loved him, loved the vibe. You know that rebellious, ‘I do not f**k with you all’ attitude. Coming out the gate being like, “Yo, I do not f**k with the norm of what you all think a pop star is.” And still becoming a pop star, that is pretty dope to me. Eminem is dope.”

Few months back, Snow also named Eminem as one of her “musical DNA”:

“Definitely some Eminem, Definitely some Selena, definitely miss Lauryn Hill… Back then, my homegirl let me have some CDs because I couldn’t afford it and she just gave me a Big Pun CD, an Eminem CD, Lauren Hill, Lil Kim, and Outcast… The best thing anybody could have done. That’s all I had, so I would just keep playing and keep playing it on loop. And if you think about those names and those things at that time that was the greatest music to put to make an artist.”