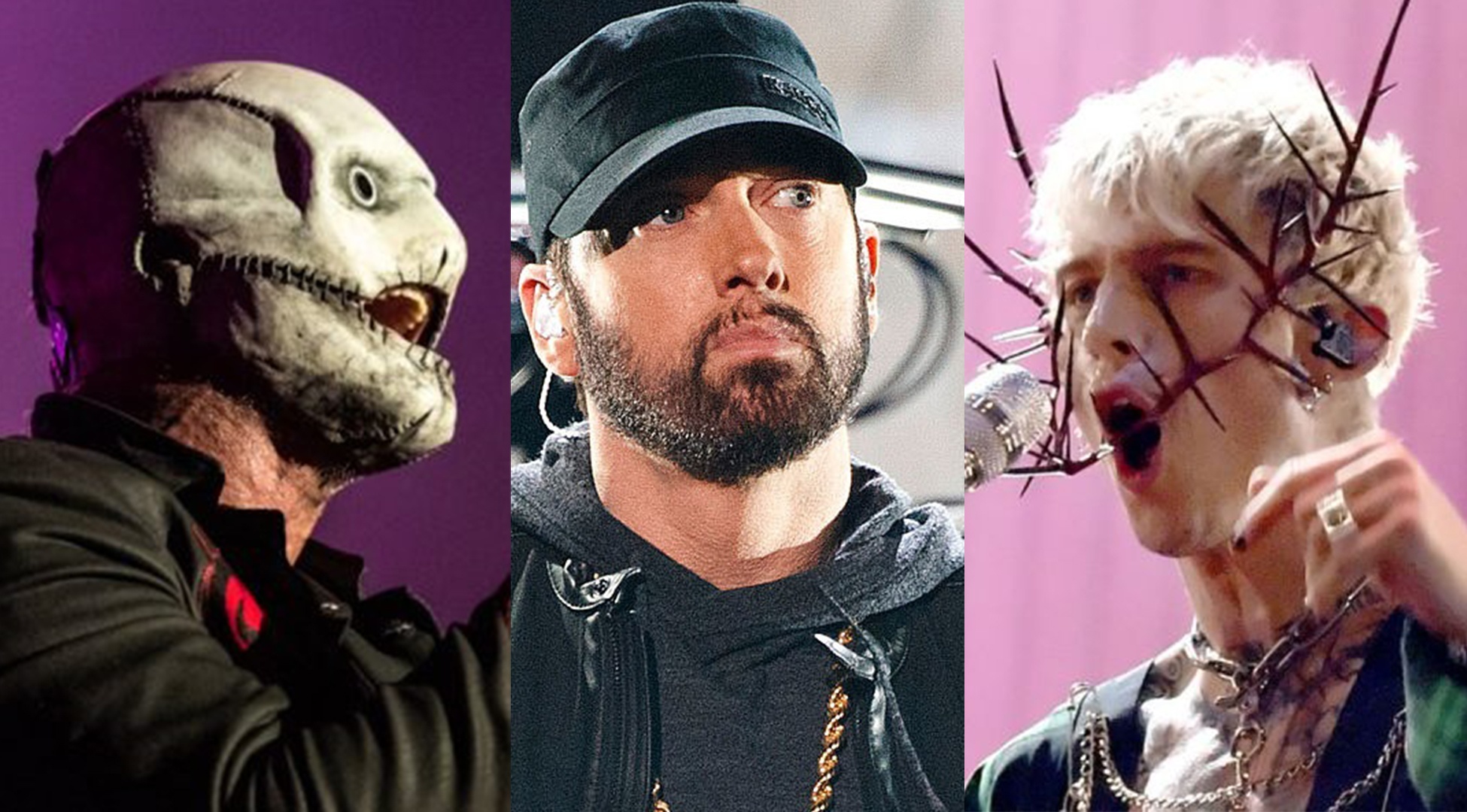 At Riot Fest in Chicago Sunday night, the 31-year-old Machine Gun Kelly took aim at the Grammy Award-winning heavy metal band Slipknot, who were performing on another stage during MGK’s set.

“Hey, you want to know what I am really happy that I am not doing? Being 50 years old wearing a f**king weird mask on a f**king stage, talking s**t. So, anyway, what is everyone’s favorite candy? Reece’s Pieces?” said the Cleveland-rapper-now-turned-to-punk-rocker.

Later MGK added: “Turn the lights up. Let me see who chose to be here instead of with all the old weird dudes with masks.”

Back in February, Corey Taylor, the lead vocalist and lyricist of the band, appeared on Cutter’s Rockcast podcast, where the singer shaded musicians who changed genres.

“I hate the artists who failed in one genre and decided to go rock — and I think he knows who he is. But that is another story. I am the worst and I hate everything. People are used to that with me, though. But I have also encouraged a younger generation to think past the boundaries of what we listen to.”

Last year, in an interview with Dave Franco for Interview Magazine, MGK revealed that his last hip-hop album Hotel Diablo ‘was not welcomed because of the infamous Eminem beef.’

In many occasions, Corey Taylor has showed respect and love to Eminem and expressed his desire to do a song with Detroit legend. For that reason, Slim Shady and Slipknot fans unite to force Machine Gun Kelly leave Rock too. Check some of the best reactions below:

Slipknot fans and Eminem fans coming together on the tl now that they have the same common enemy pic.twitter.com/IGJSTsVbr4

Eminem fans and Slipknot fans coming together against MGK pic.twitter.com/ofg9be44er

MGK dissed Eminem so his rap career could be demolished and transition into the discount “Pop Punk” crap he makes now. So Maybe he wants Slipknot to diss him badly so he can start a reggae album next https://t.co/UKzOgkc3cg

This headline is gold

It’s also interesting that MGK always seems to pick fights with people that are way more talented than he is and will ever be. First Eminem & now Slipknot. https://t.co/kzsUdBpPEo