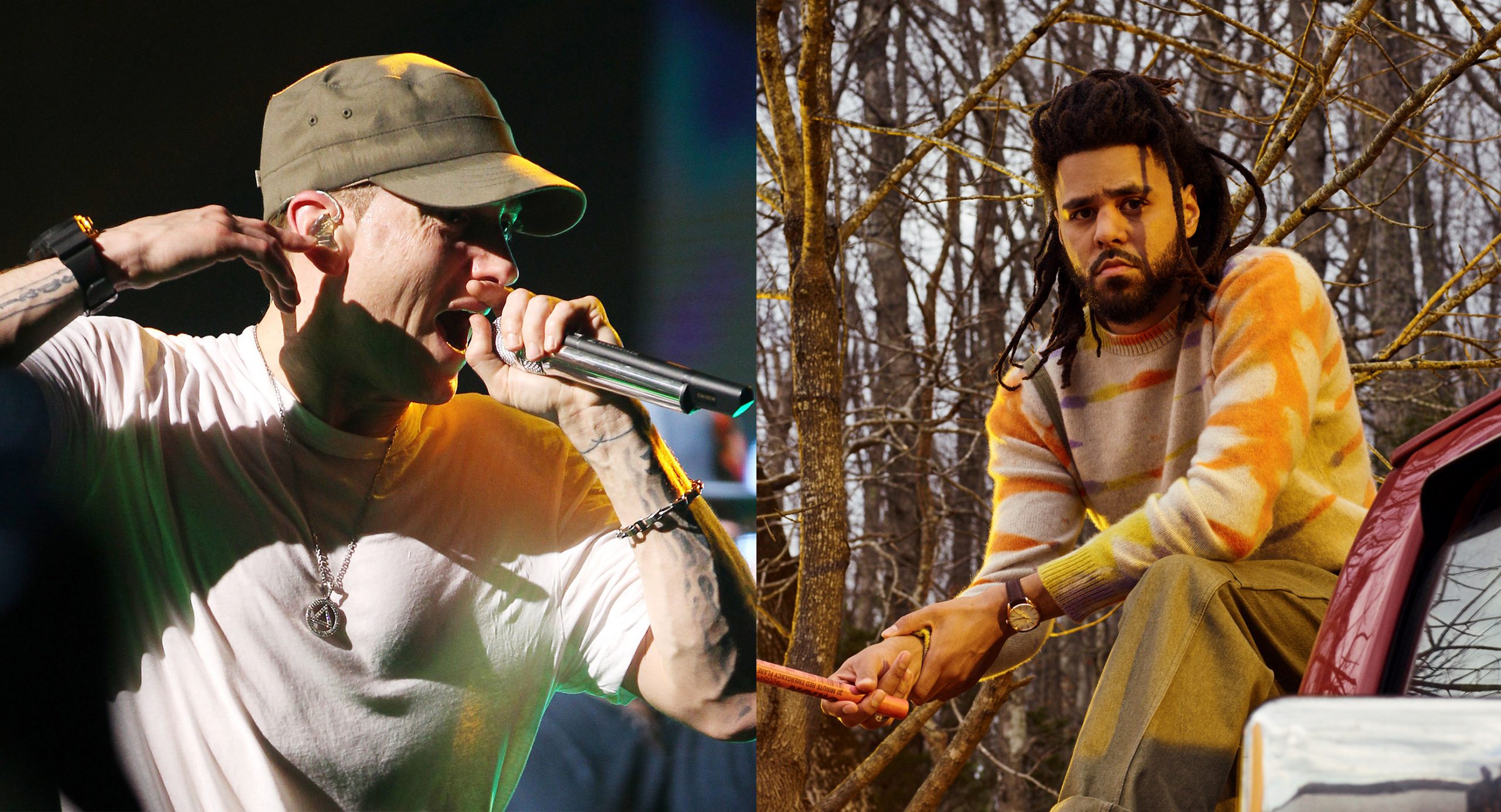 On the song titled “a p p l y i n g . p r e s s u r e,” Cole references Eminem with the following lines: “Just did the mental math and calculated my worth / S**t crazy, didn’t know I got more M’s than a Real Slim Shady video…”

This is a play on the name of Eminem and his alter ego named Slim Shady. Eminem’s shortened moniker, “Em”, is homonymous with the letter “M”, an abbreviation for million. Em’s lead single from the MMLP, The Real Slim Shady has a music video in which the are multiple Slim Shadies being manufactured throughout the video.