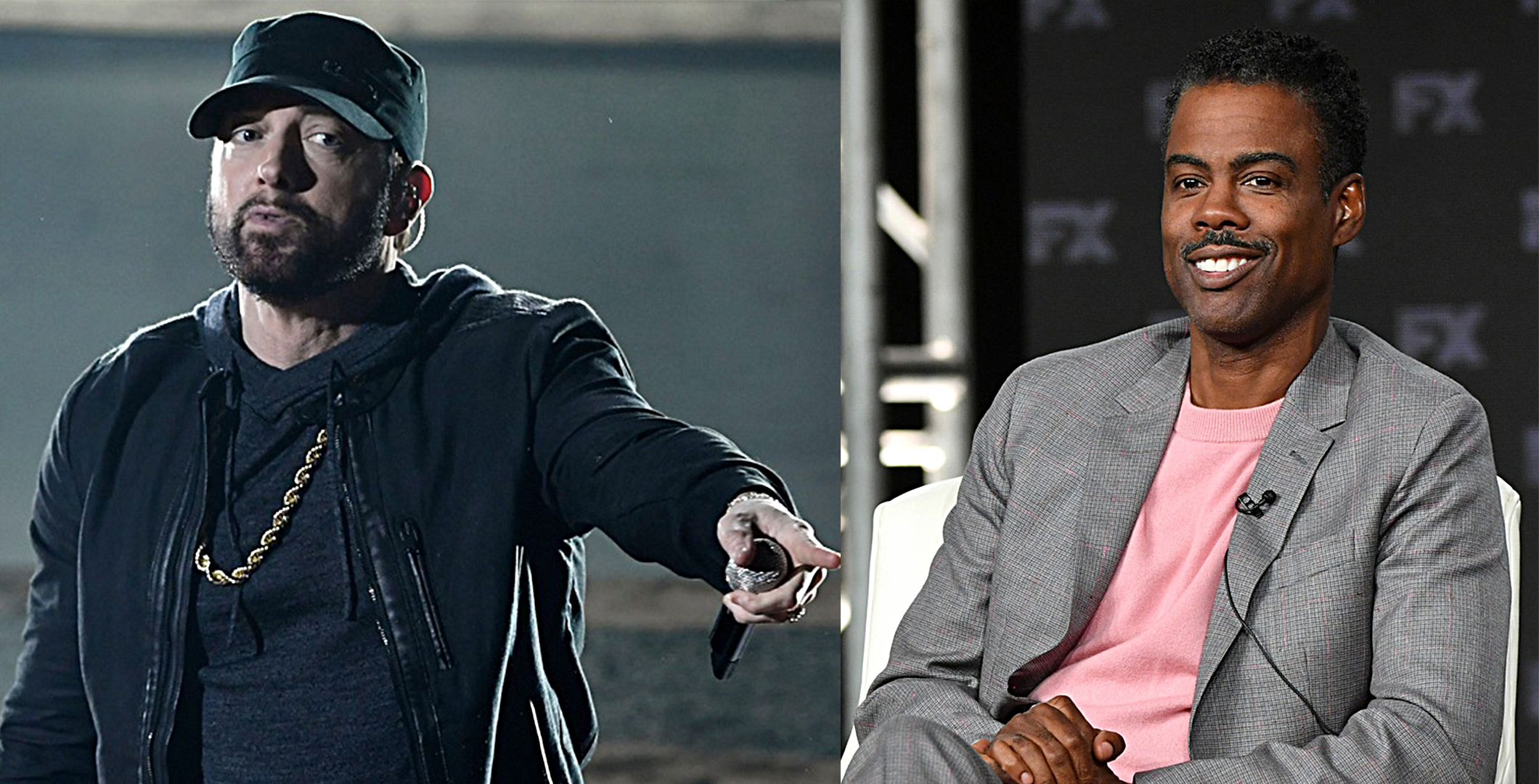 Couple of days ago, Chris Rock appeared on Stephen Colbert’s “Late Night Show” and was asked about Wednesday’s horrific events, in which thousands of Trump supporters stormed the U.S. Capitol building in Washington, D.C., as Congress and Republican lawmakers were certifying Joe Biden’s presidential election win.

The comedian joked about Eminem when asked about the differences between Black Lives Matter protests and The Capitol Riots.

“For Black Lives Matter they had Apache helicopters and for this there was food trucks outside! It was like, they were selling burritos! I am like, what’s going on? We can do this with anything though. You could go, if popcorn was black, they would not sell in the movie theatres. If fruit was black, you would not put whipped cream on it. If Eminem was Black he would be wrapping groceries… you could go on, this never stops.” said Chris Rock.