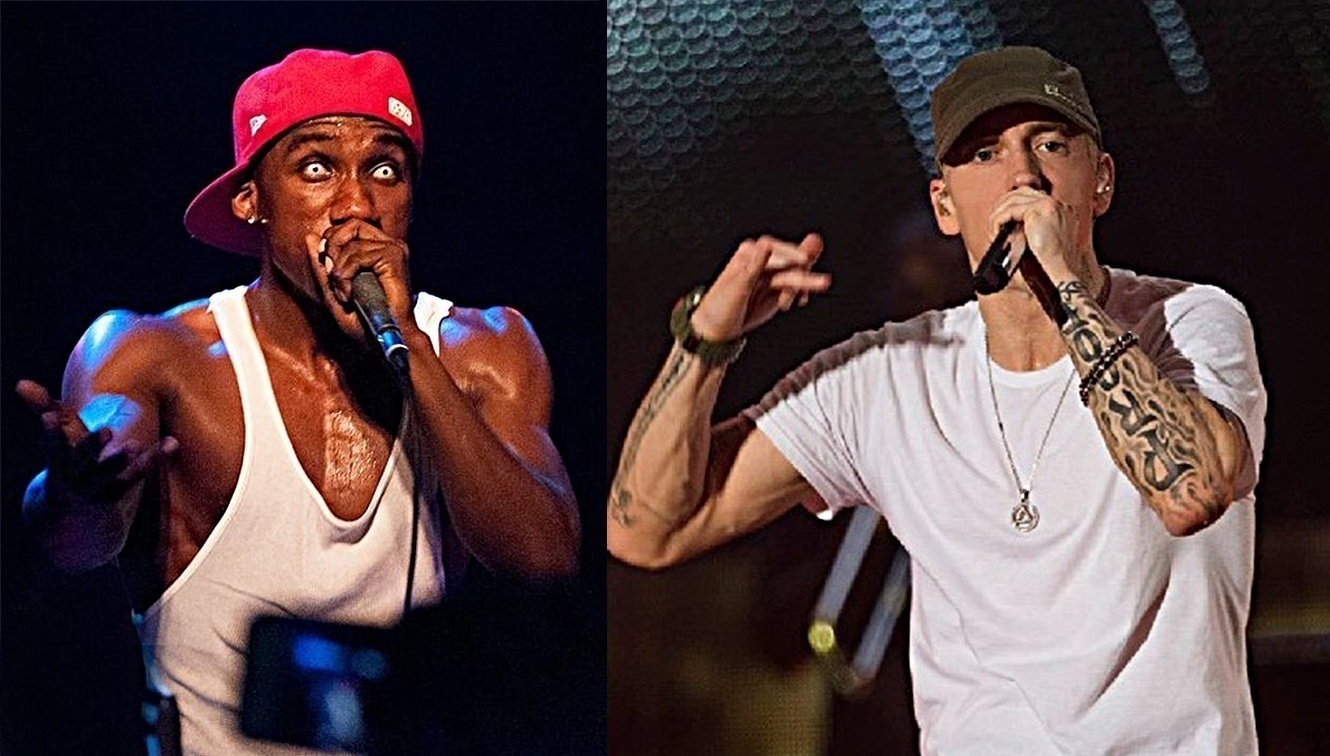 Back is 2018, Eminem gave shout out to Hopsin on a song “Fall,” from Kamikaze.

Hopsin was left overwhelmed after discovering the reference on the song, where Eminem raps: “I belong here, clown, don’t tell me ’bout the culture. I inspire the Hopsins, the Logics, the Coles, the Seans, the K-Dots, the 5’9″s…”

In a video shared on his social media accounts, Hopsin could not hide the excitement: ”Yo, craziest s**t just f**king happened. Eminem just said my name on his god damn song on his new album. This s**t is crazy! I did not even know he knew who the f**k I was! God damn, he said do not tell him about the culture, implying I am part of the culture! I gotta call my mom!”

Next year Hopsin jumped on a song with D12’s Bizarre, titled “Leatherface,” which also features Lazarus and King Gory and since then fans were eagerly waiting for the Eminem collaboration.

In a recent interaction with fans on social media, Hopsin does not look like to feature Eminem anytime soon. Check out his comment below: