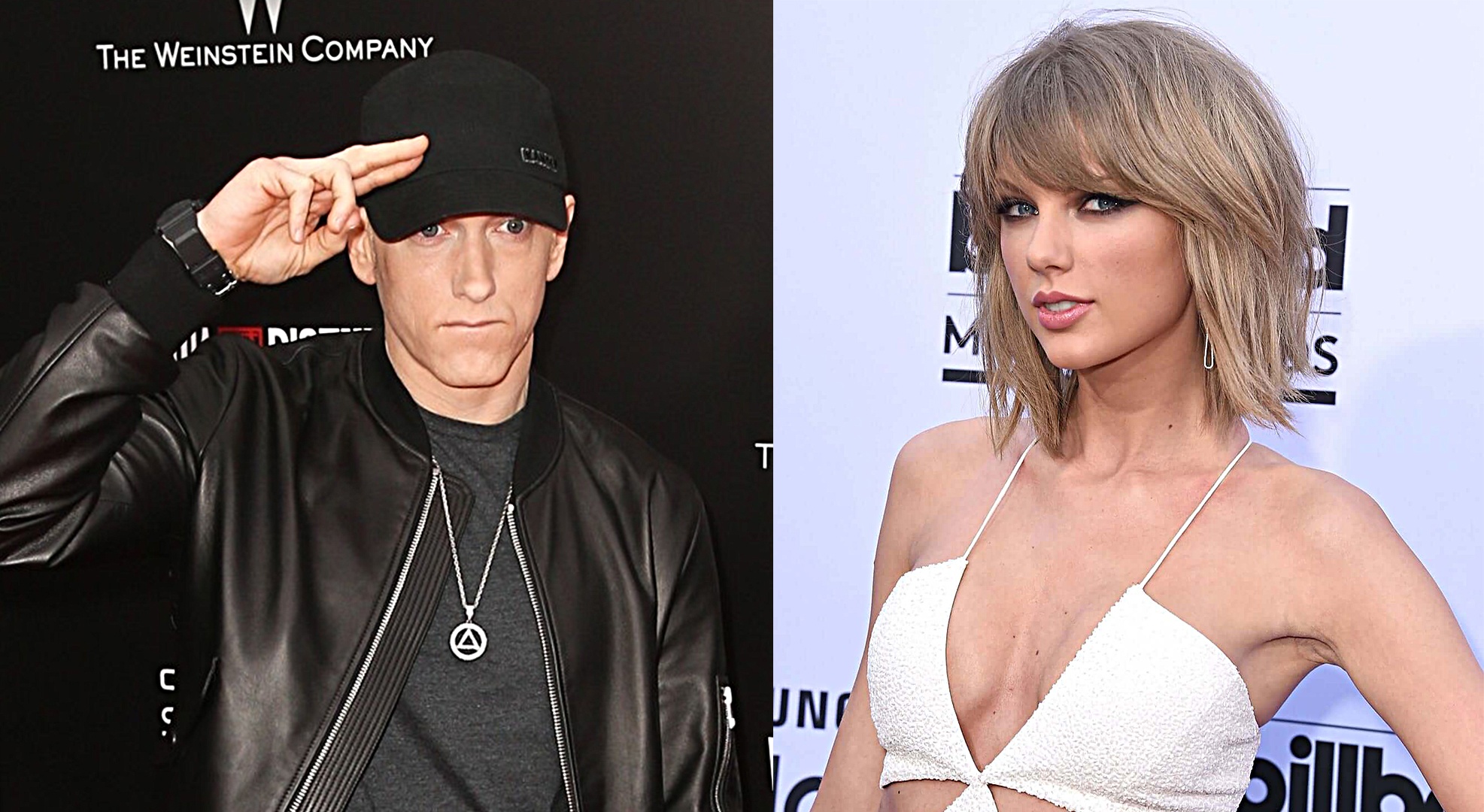 Yesterday, Taylor Swift won three awards, including fan-voted “Artist of the Year” at American Music Awards 2020. Before the voting was closed, surprisingly, Eminem fans on Twitter were encouraging their platforms to vote for the country singer. Taylor earned the support from Stans by showing love to the Rap God throughout her extraordinary career. Check some of the occasions below.

1. “It’s kind of unusual when I rap but I love ‘Lose Yourself’. We were in Michigan and I started playing acoustically ‘Lose Yourself.’ I just started like ‘yo’ and everybody was like ‘what is happening?!’” says Taylor Swift in one of her interviews.

4. “I love hip-hop so much. There’s something so honest about it. I grew up listening to Eminem’s ‘The Real Slim Shady’ and 50 Cent’s ‘In Da Club’. Nobody wants to hear me rap but I’d sing a chorus for someone like Eminem. Would love to get in the recording studio with Eminem. I would sign up for that in a heartbeat.” – said Taylor Swift  in the April 2013 issue of InStyle magazine.