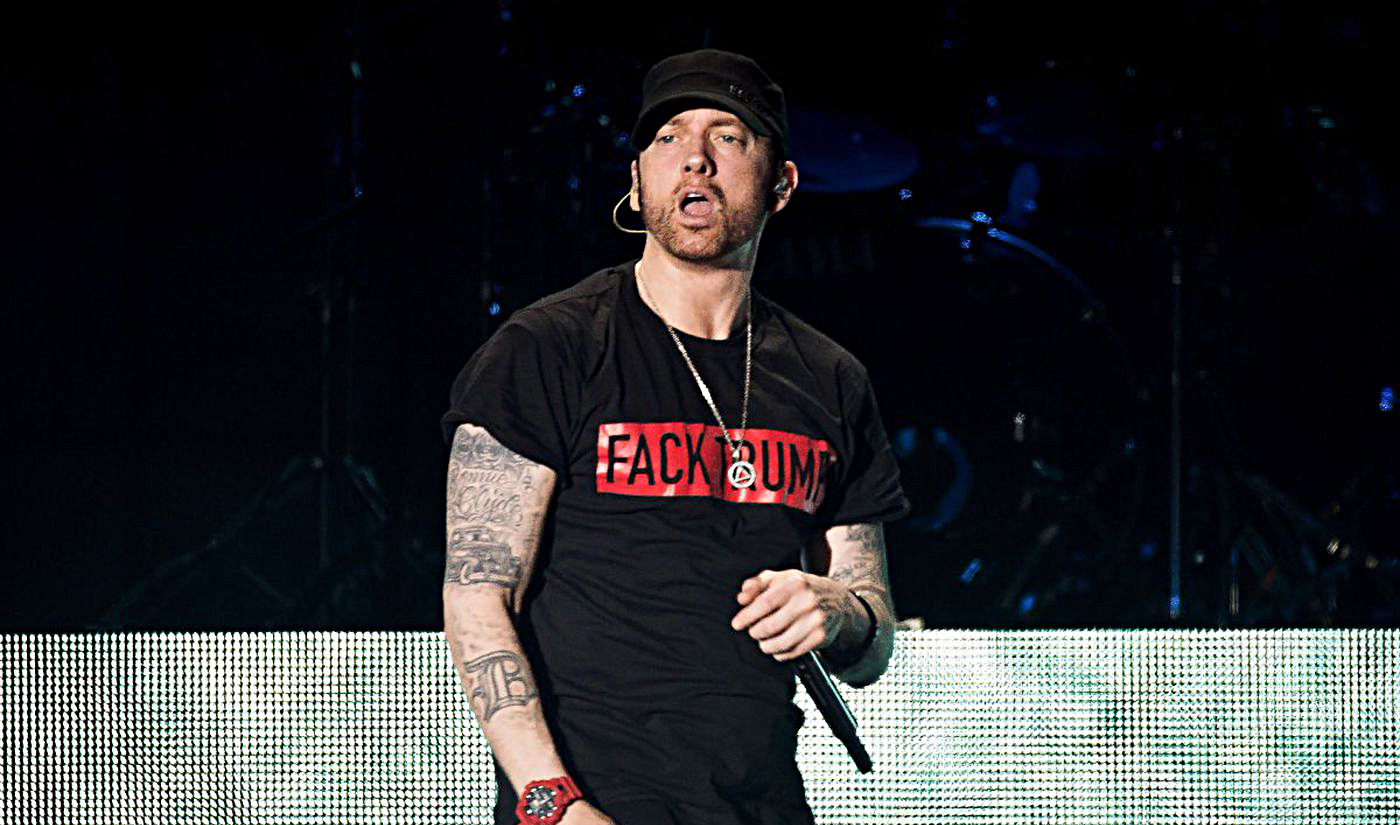 Eminem has never been shy on politics throughout his three-decade-career, but yesterday, it was the first time the Detroit legend allowed a political party to use “Lose Yourself” for their presidential campaign ad.

As the people of the United States of America are electing new president today, we are going to list Eminem’s songs that are entirely dedicated to the politics.

Victims: Lynne Cheney, Tipper Gore, The Government of US.

Best Line: “F**k you, Ms. Cheney! F**k you, Tipper Gore! F**k you with the freest of speech this Divided States of Embarrassment will allow me to have! F**k you!”

Best Line: “They tell us no, we say yeah, They tell us stop, we say go, Rebel with a rebel yell, raise hell, we gon’ let ’em know. Stomp, push, shove, mush, f**k Bush, Until they bring our troops home.”

Best Lines: “Run the faucet, I’ma dunk a bunch of Trump supporters underwater, Snuck up on ’em in Ray-Bans in a gray van with a spray tan, It’s a wrap, like an ACE bandage.”

Best Lines: “Any fan of mine who’s a supporter of his, I’m drawing in the sand a line, you’re either for or against, And if you can’t decide who you like more and you’re split on who you should stand beside, I’ll do it for you with this: F**k you!”

Best Line: “Take it back to the Shady national convention, Wish I woulda spit on it before I went to shake his hand at the event or maybe had the wherewithal to know that he was gonna try to tear apart our sacred land we cherish and stand for.”