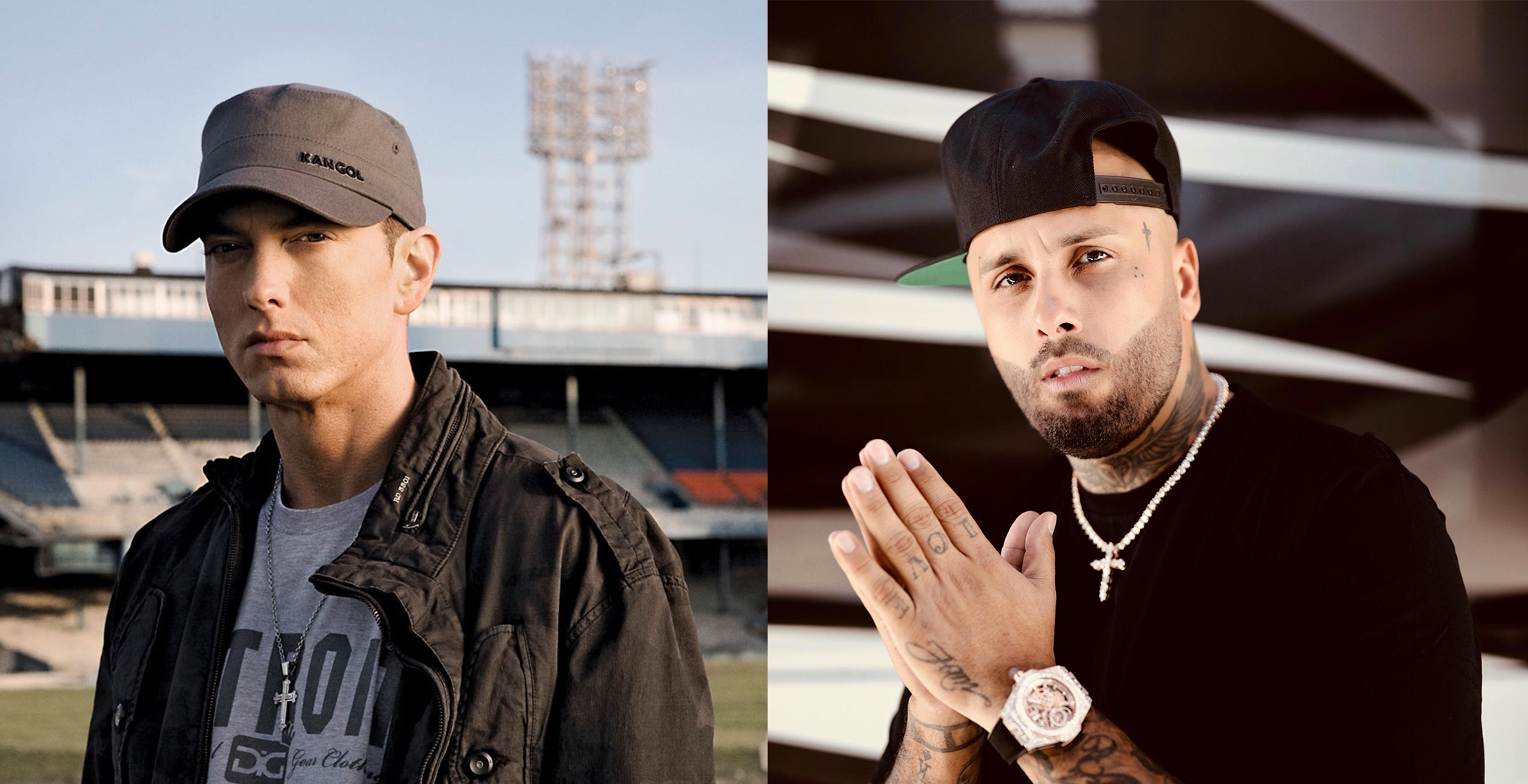 Hard Knock Tv’s Nick Huff Barili has recently set down with Latin trap and reggaeton artists Nicky Jam for in-depth interview where Nicky talks about his childhood and remembers both parents battling addiction.

At one point of the interview, Nicky was asked to pick three albums which embody who Nicky Jam is and that’s where Eminem’s name surfaces.

“I could say Jay Z’s album, Reasonable Doubt, Blueprint. And Eminem’s album The Marshall Mathers LP. They gave me the vibe that I would like to do. Reasonable Doubt, that album was just like speaking the truth in a nice way, making it sound so nice to hear. And Eminem cause, Eminem had no hair in his tongue. He would say anything. He was so good with words. All those albums made me to do albums.” says Nicky Jam.

In the related news, Nicky Jam and J. Balvin’s “X (EQUIS)” music video is close to 2 billion views on YouTube.