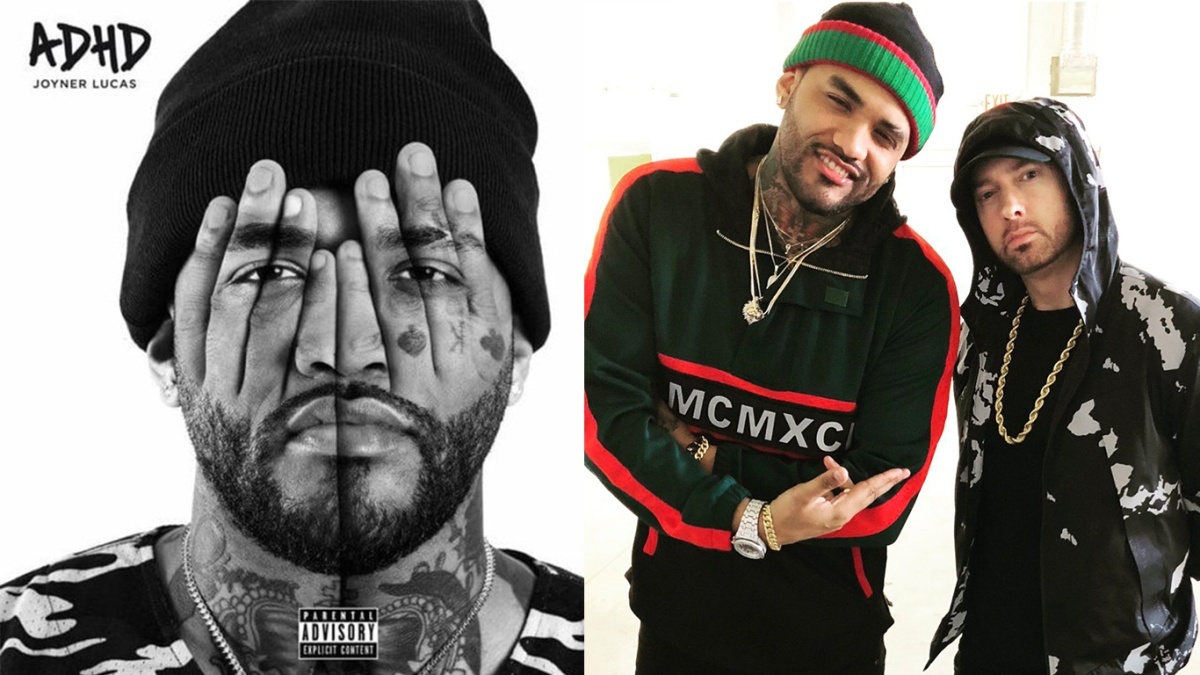 “What If I Was Gay,” also know as “If I Told You” is a scrapped song from Joyner Lucas’ 2019 ADHD album, featuring Eminem.

The song focuses on a suppressed homosexual coming out to his friend — Joyner takes the perspective of the gay man coming out while Eminem takes the perspective of his unsupportive Christian friend. The encounter leads the homosexual man to commit suicide, ultimately giving Em’s character feelings of regret. It also ends in a twist, as Eminem’s character reveals that he’s also gay.

Notably, Eminem has been criticized for homophobic lyrics and comments in the past. He addressed the accusations during a December 2017 interview with Vulture:

The first time I got a taste of being called anti-gay was on ‘My Name Is’ when I said, ‘My English teacher wanted to have sex in junior high / The only problem was my English teacher was a guy.’ All I was saying was I don’t swing that way. So when I started getting flack for it, I thought, Alright, you people think I’m homophobic… I was trying to push the buttons of people who were calling me something that I wasn’t. The honest-to-God truth is that none of that matters to me: I have no issue with someone’s sexuality, religion, race, none of that.

A day later, Skylar Grey confirmed her involvement on the track via her Instagram story. It’s unclear whether her part was cut or the leaked version was just an older demo.

Yesterday, another version of the song has surfaced online. Slight beat change, different intro and few changed lines of Eminem lyrics. You can listen to the song below: