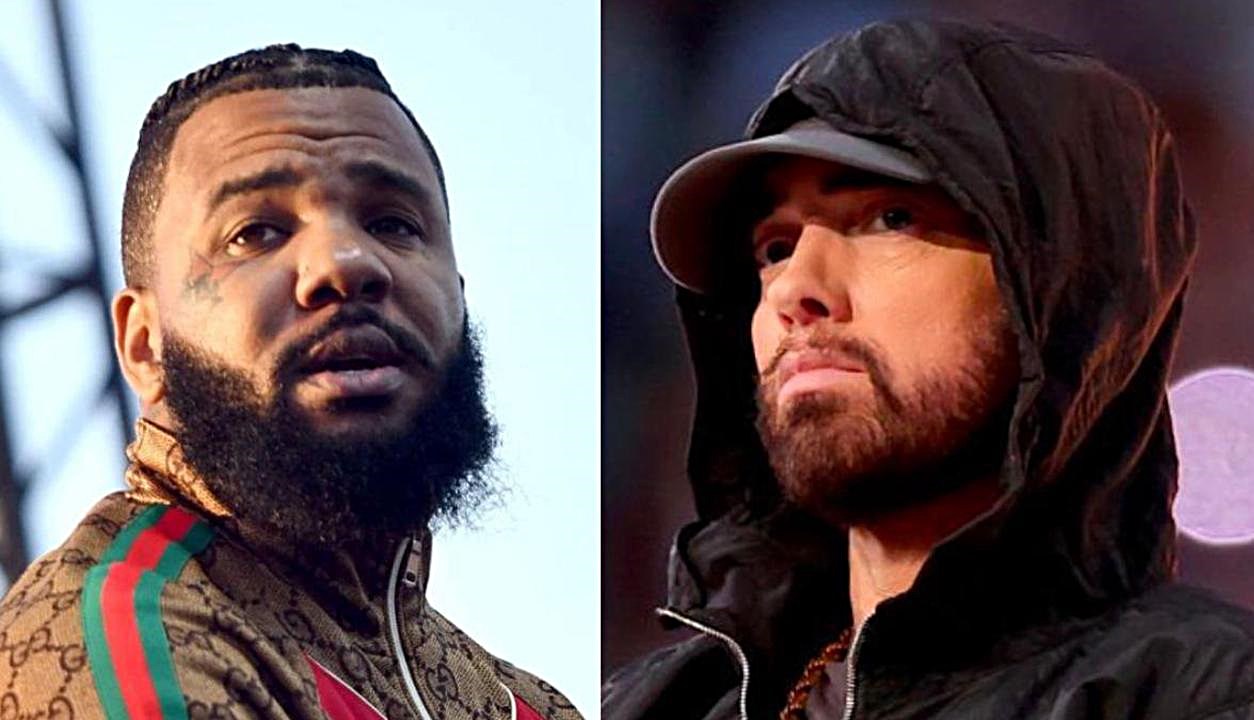 Eminem has recently released a new single “The King And I,” featuring CeeLo Green, produced by Dr. Dre and Luis Resto, from the soundtracks album of an upcoming biopic movie “Elvis.”

While the song received generally positive reviews from the fans, The Game looks less impressed with the new single, as he continues to bite Slim Shady to trick him into a Verzuz battle and give more promotion to his new album, which, reportedly, has been delayed and the original release date is now moved to the next month.

Few hours ago, the Compton rapper updated his story on Instagram by sharing the cover of Eminem’s new song with the caption: “Ayeeee man!!! This is who is better than me?” with lots of laughing emojis.

You can check the screenshot of The Game’s story below: 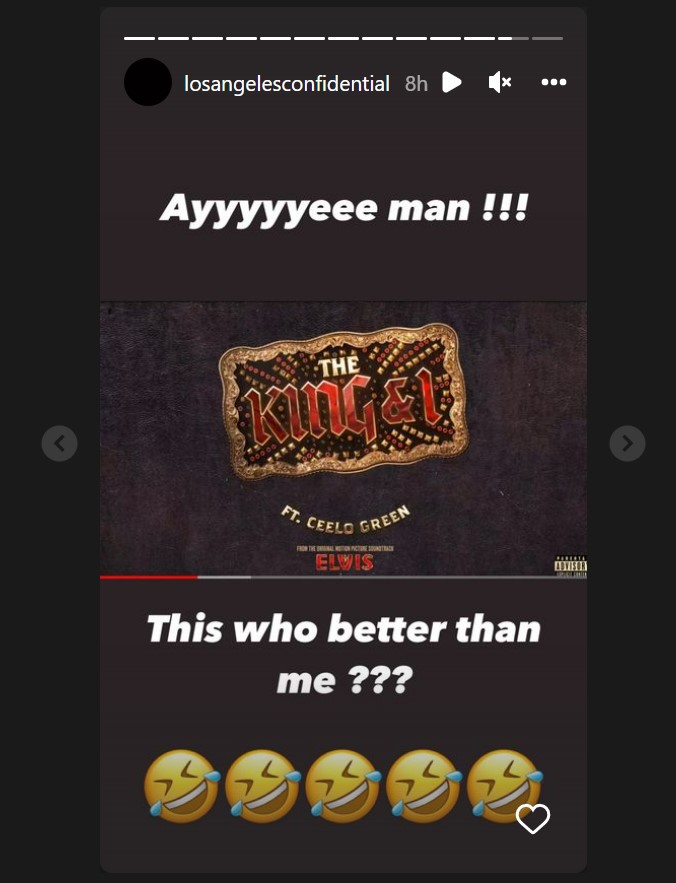