All the new new members of the Rock and Roll Hall of Fame released a ‘thank you’ and ‘grateful’ statements for their inductions but Eminem has left fans well and truly baffled with his response to his induction.

The Detroit legend was recently praised by the CEO of Rock Hall Greg Harris in an interview with Taryn Daly of Audacy: For a lot of years people asked about hip hop. He is the tenth artist to be sort of categorized that way. But you listen to his music, it is as hard-hitting and straight ahead as any metal song. It is right there. It is a chest punch with a message and with a power and with a rhythm and with a band. We are thrilled he is going in his first year of eligibility, it is a big statement.”

Slim Shady shared a poster of himself in front of the minions that says: “The Minions congratulate Eminem. Rock & Roll Hall of Fame 2022.” In the caption, Em wrote: “minions got my back. Shout out to Gru and them…”

.@minions got my back. Shout out to Gru and them… pic.twitter.com/zRWaqCF3u4

This is the second time Eminem promotes the new Minions movie and this time, fans spotted a strange nuance. Every minion in the picture is yellow, only one minion that has M (which reads as Em, short form of Eminem) is in green. Some of the fans think its a hint of Eminem’s involvement is Minions movie in some kind of way: a new song for soundtracks album or he might be doing a voice for one of the characters? 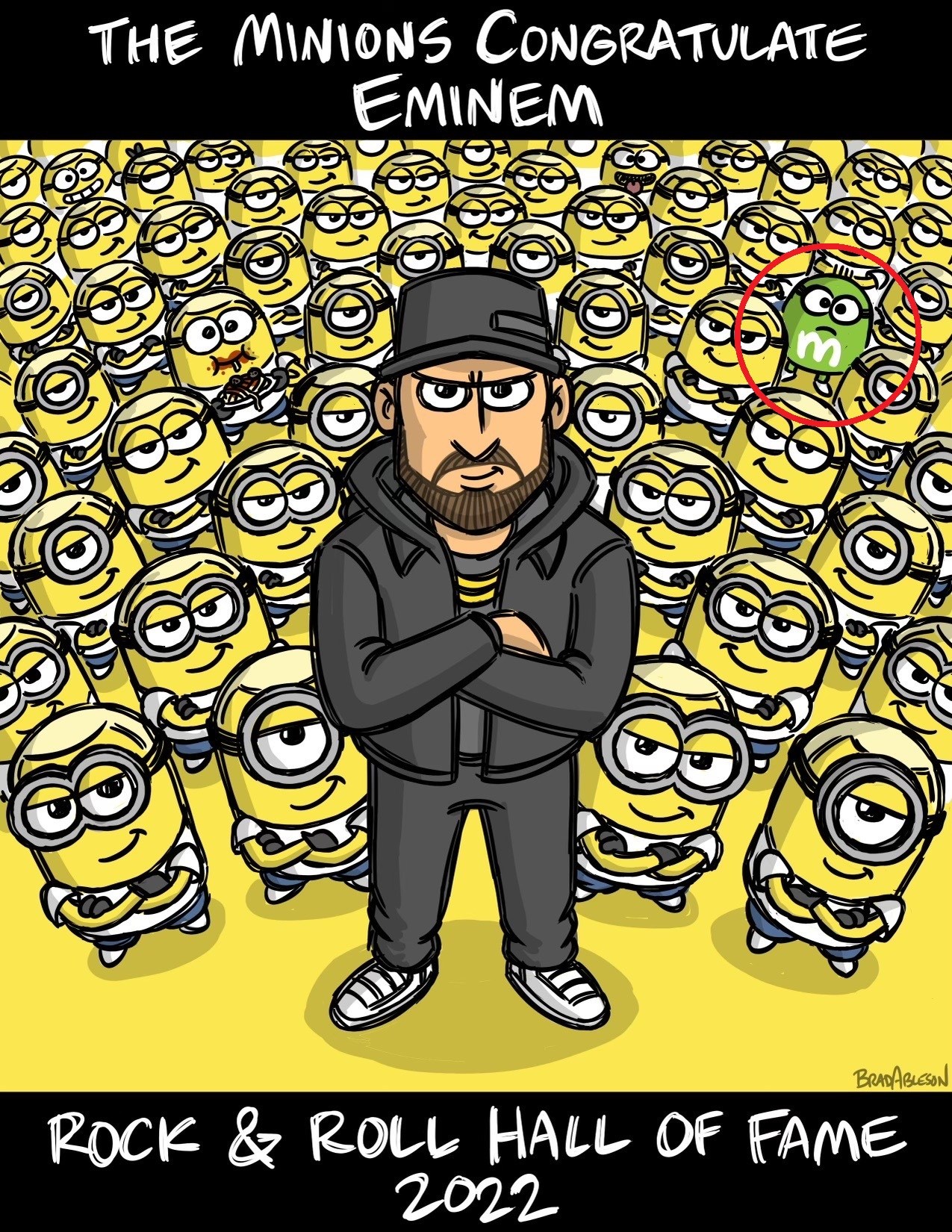