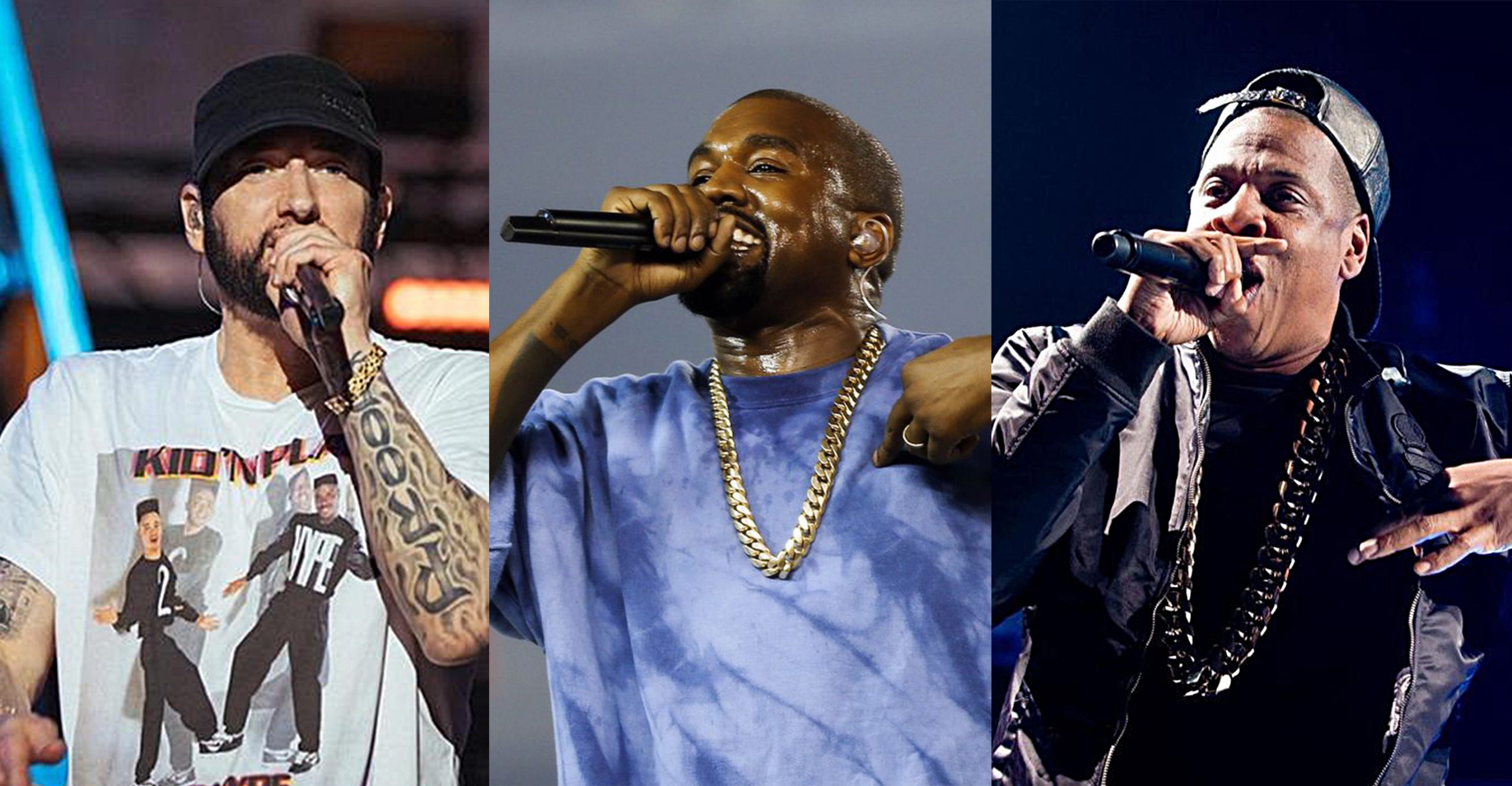 Highest paid hip-hop artists of 2021 has been revealed and Jay-Z is king of hip-hop cash, accumulating a career-best total of $470 million after selling Tidal streaming service and Armand de Brignac champagne; Jay-Z’s net worth has since ballooned to $1.5 billion in total.

Fellow billionaire Kanye West ranks second, pulling in $250 million over the course of 2021, almost entirely from his Yeezy footwear empire.

Though Eminem has not put out an album in more than two years, Slim Shady still made into the list at number eight by pulling $28 million. He was among the five most-consumed artists in hip-hop last year thanks to a vast catalog of hits. This year, he will surely get even more of a boost, thanks to his halftime show with Dr. Dre, Kendrick Lamar, Snoop Dogg, 50 Cent, Anderson .Paak and Mary J. Blige and the induction into the Rock And Roll Hall Of Fame.

NOTE: The list of Hip-Hop’s highest-paid acts measures pretax income for calendar year 2021 before deducting fees for agents, managers, lawyers and living expenses. Estimates are generated with the help of numbers from MRC Data, Pollstar and other databases, as well as by interviewing handlers and some of the artists themselves.