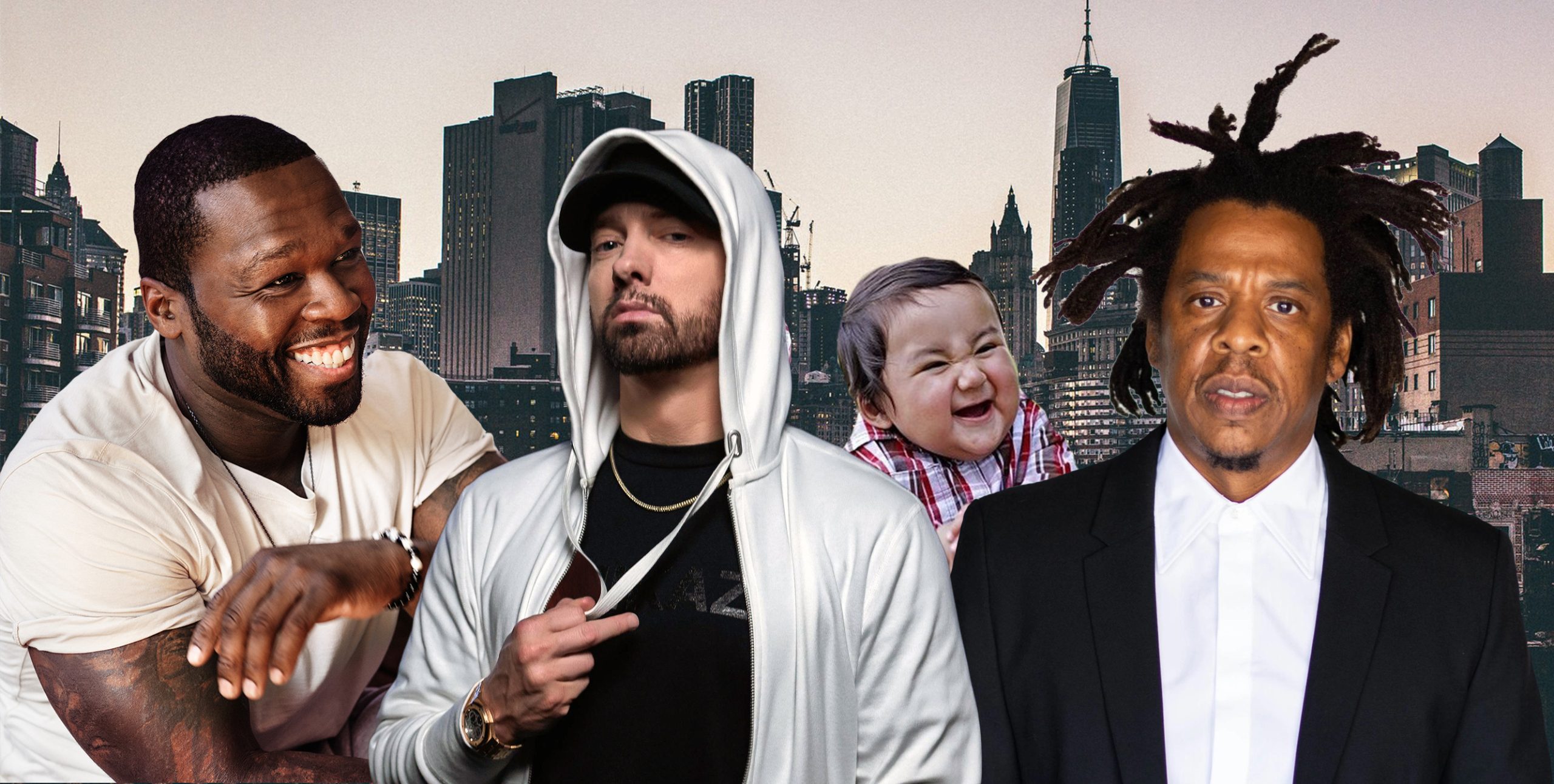 In the latest episode of Drink Champs, which featured Snoop Dogg, NORE revealed the conversation he had with Jay-Z before the Super Bowl Halftime show.

According to the host, Jigga received a call from Eminem who said he would not perform at the show if he can’t bring 50 Cent with him. And while telling this to NORE, Jay mentioned Eminem’s name as ‘white guy’

It seems 50 Cent was not impressed with Hova’s wording and went back the clowning mode. Fifty shared a picture of Jay-Z and Jean-Michel Basquiat, indicating he copied Basquiat’s hairstyle. In the caption we read: “Why did he say the white boy, why he did not say the biggest rap artist in the world? Happy Easter ! man enjoy the holidays.”

50 did not stop there and addressed NORE too: “Why would he have to say that should be the question? NORE, your big homie is running around trying to look like a gay painter.”