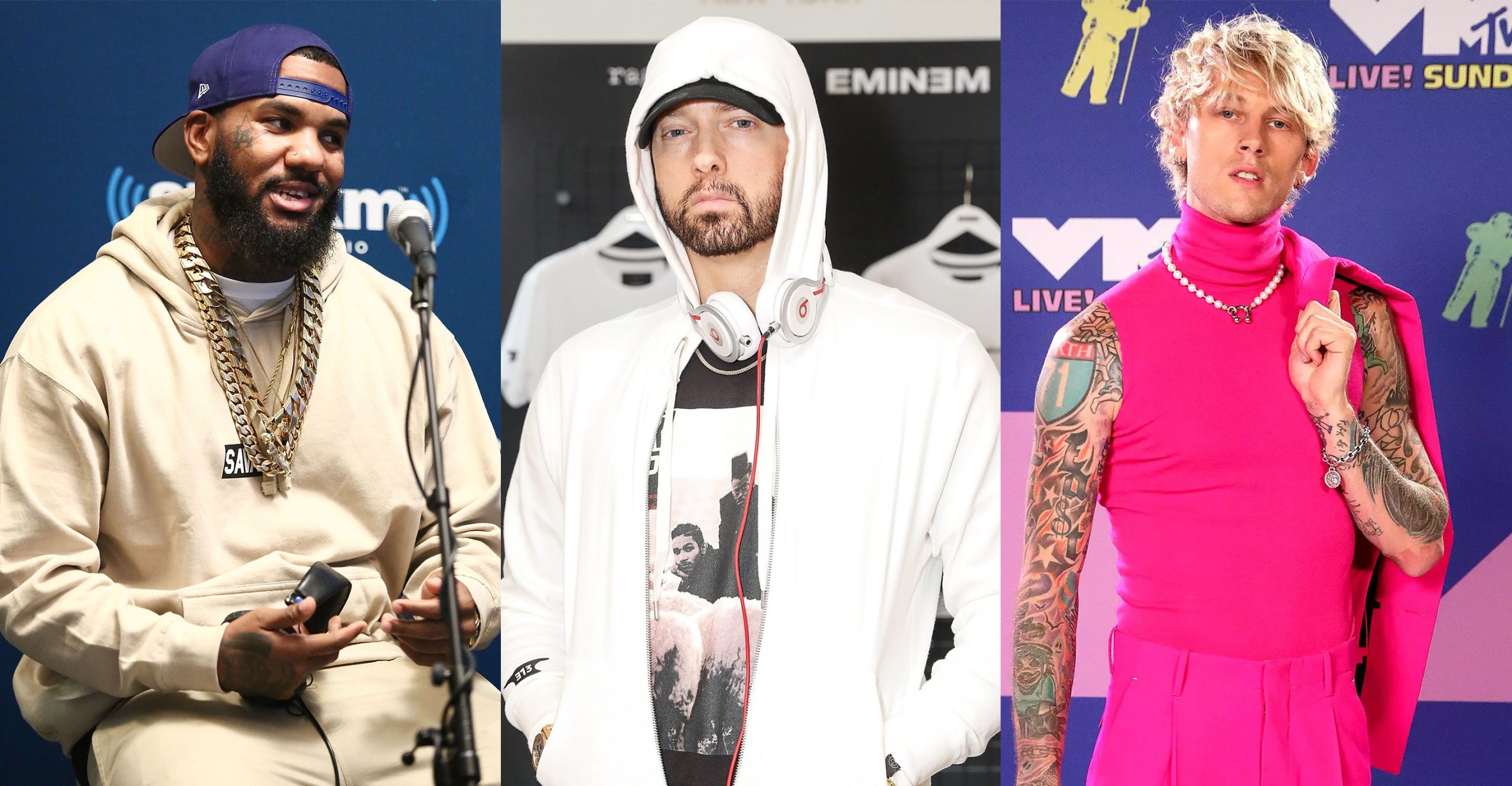 After claiming that he’s better than Eminem and reportedly writing “Black Slim Shady” diss-track, The Game adds more fuel to possible escalation of the beef with Slim Shady.

The Compton rapper responded a fan on Instagram who shared “Not Alike” track and said: “The Game’s manager said that he is about to drop an Eminem-diss soon. Believe me bro, you don’t want the smoke with this man.”

The West Coast rapper replied: “Oh, you are talking about that one time Machine Gun Kelly ate his food?”

Back in 2019, in an interview with The Cruz Show on Los Angeles’ Real 92.3, The Game said MGK won the battle against Eminem: “Em did what I expected Em to do, but nothing to catch up to where hip-hop is today. I feel like Machine Gun Kelly really gave his all, like a young, hungry dude did. Eminem was Eminem — it was great. Before I heard Machine Gun Kelly, I was like, ‘Oh Eminem. I know people will probably hate me for this, but I really don’t really give a f**k about that. It’s was like one of those moments you have two dudes and about announced who’s the winner and they hold Machine Gun Kelly’s hands up and Eminem’s like, ‘No f**king way’ and everybody’s like, “Boo!”

You can check the screenshot of The Game’s latest Instagram story below: 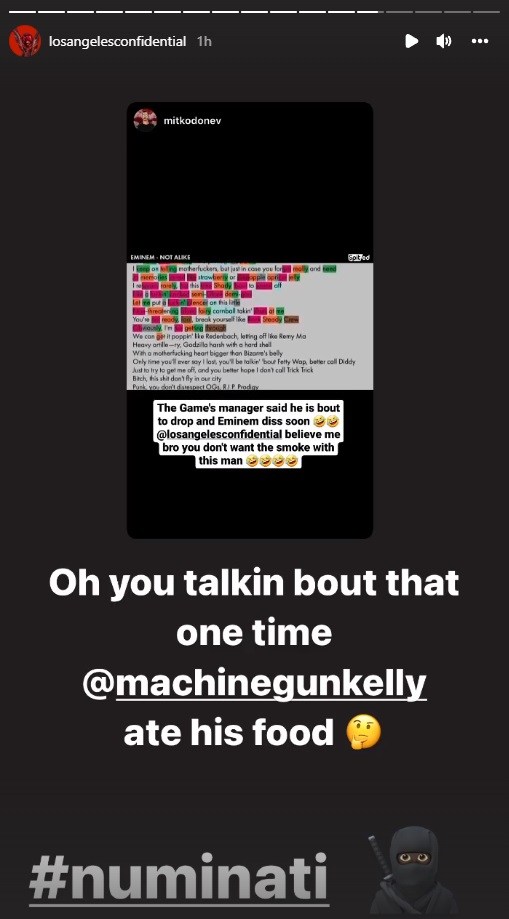