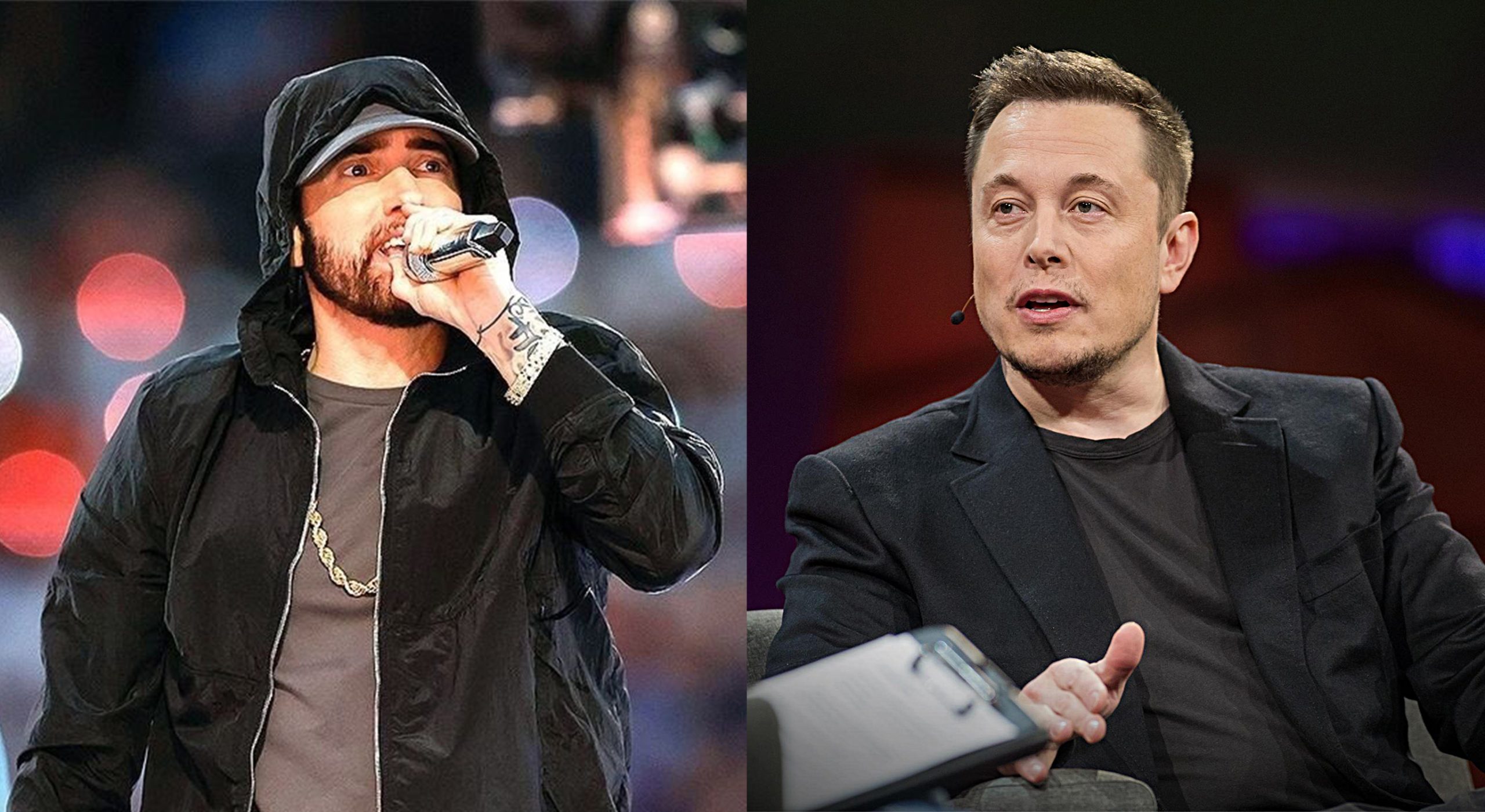 Back in 2002, Eminem released “Without Me,” from The Eminem Show album. In the song, Eminem pokes the FCC (Federal Communications Commissions) over a $7,000 penalty they had imposed on a Colorado radio station for playing his another hit song “The Real Slim Shady” it deemed offensive.

Today, Elon Musk quoted the same lyrics but inserting “SEC” in place for FCC, seeking to throw away his 2018 agreement with the regulator that requires the CEO to seek preapproval for his tweets.

As Reuter reports, the CEO of Tesla likened himself Eminem during a court filing, alleging that the SEC violated the First Amendment.

“The SE won’t let me be or let me be me, so let me see; They tried to shut me down,” Elon Musk said, quoting Eminem’s mega hit song “Without Me.”

You can check DEFENDANT ELON MUSK’S REPLY IN FURTHER SUPPORT OF HIS MOTION TO QUASH & TO TERMINATE CONSENT DECREE Case 1:18-cv-08865-AJN Document 80 below: 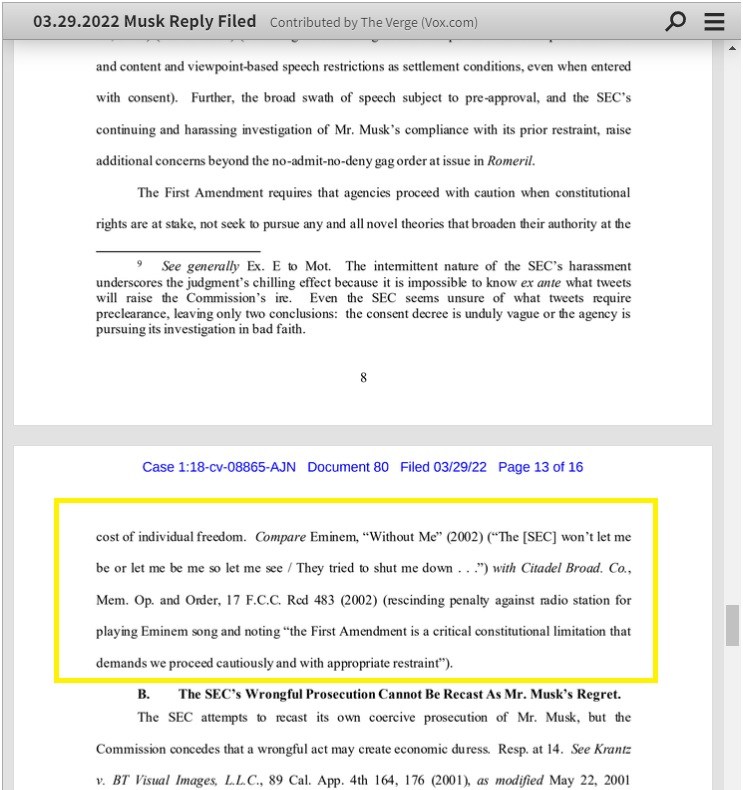