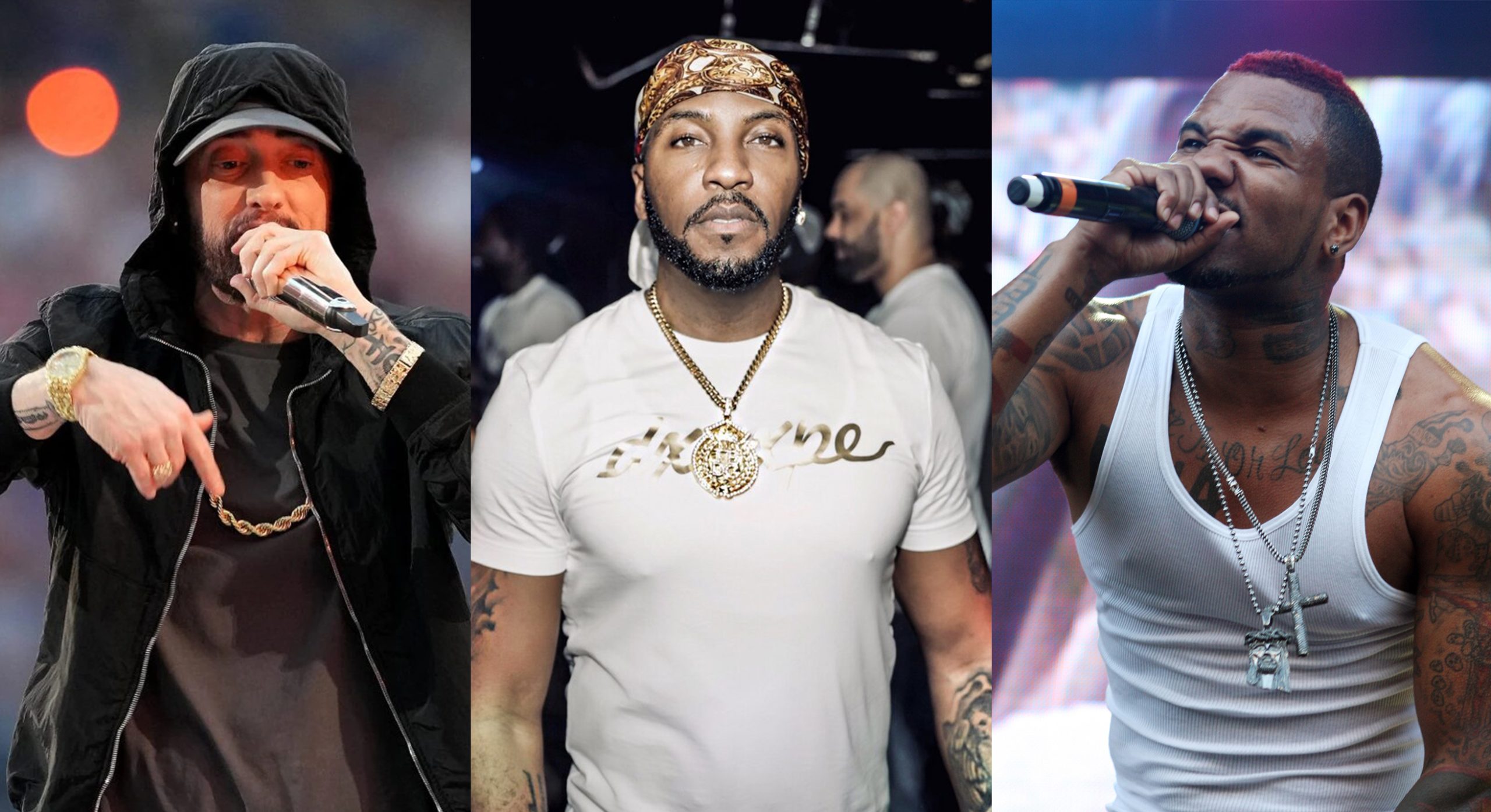 Math Hoffa has recently discussed The Game VS Eminem with special guests GRAFH and H20 and guest hosts ESSO and SEAN BIGGA on the latest episode of “My Expert Opinion.” You can check the conversation below.

Grafh: The Game is doing that because he wants to be mentioned next to Eminem. I do s**t like that. That’s like Chess move. He’s not dissing him because he is just out of nowhere. He is like, ‘I want to be compared to this person, let me put my name in the same sentence.’ He’s smart. That’s business movies but Em is too lyrical. That ni**a is animal. Em influenced my s**t too. Em is like one of the GOATs to me, to keep it a buck with you. That ni**a is stupid, his skillset is alien-like.”

ESSO: The Game can rhyme. He can f**king rap but is he rapping on Em’s level? Nah. Everybody knows that. But it’s entertainment. We can enjoy it.

Grafh: I’m not even a huge fan of new Eminem but his skill set, ni**a! What you taking about? Let’s keep it a buck.”