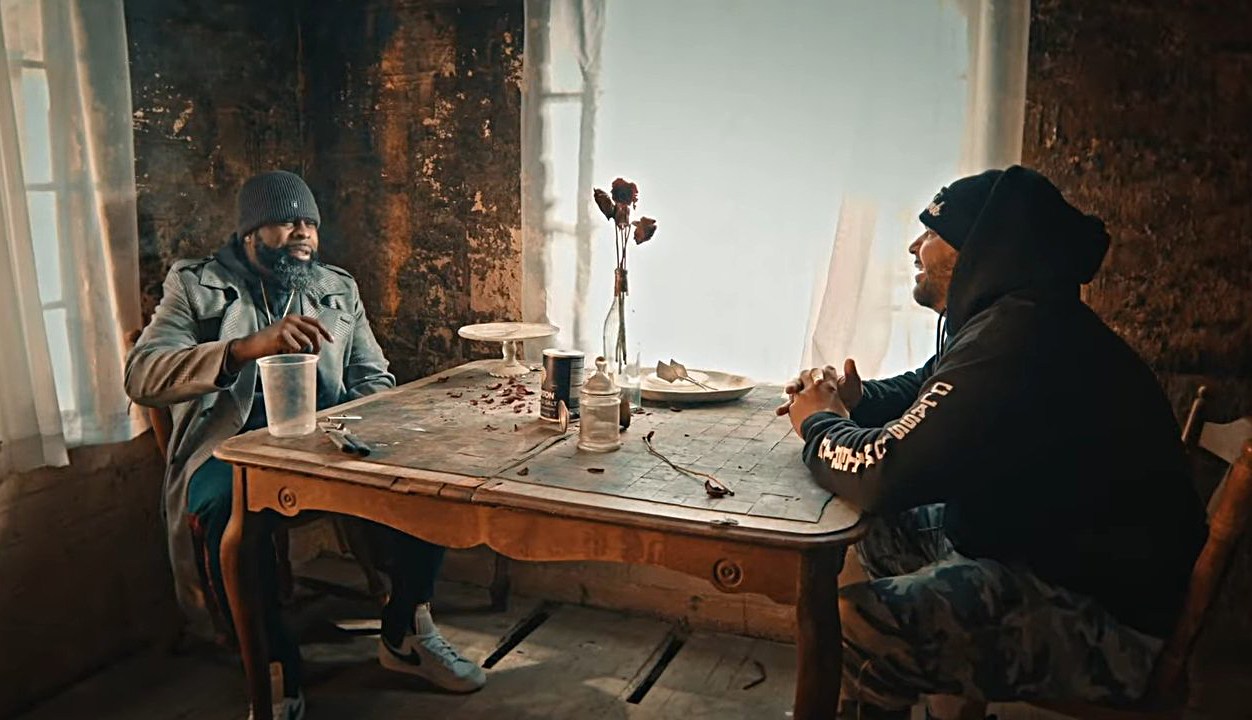 In the accompanying music video, the two former Slaughterhouse emcees reflect on their group’s break up and pack up Slaughterhouse mementos while their die-hard fans burn their tees.

In his verse, Joell raps: Royce said he ain’t doing the three man without Joe But Joe said he retired so how the hell is supposed to go / I looked in the eyes of Crooked I and said one last time he said let’s go / So this one’s for the fans and anyone else who wants to know / Why the best group ever / Turned out to be one of the best groups that never / Got back to the sun after the Shady era / S**t Paul wasn’t on his best behavior / And Joe’s comments about Em left no revival for major endeavors / So the gang dropped the flag got off the label.”

You can watch the music video below: